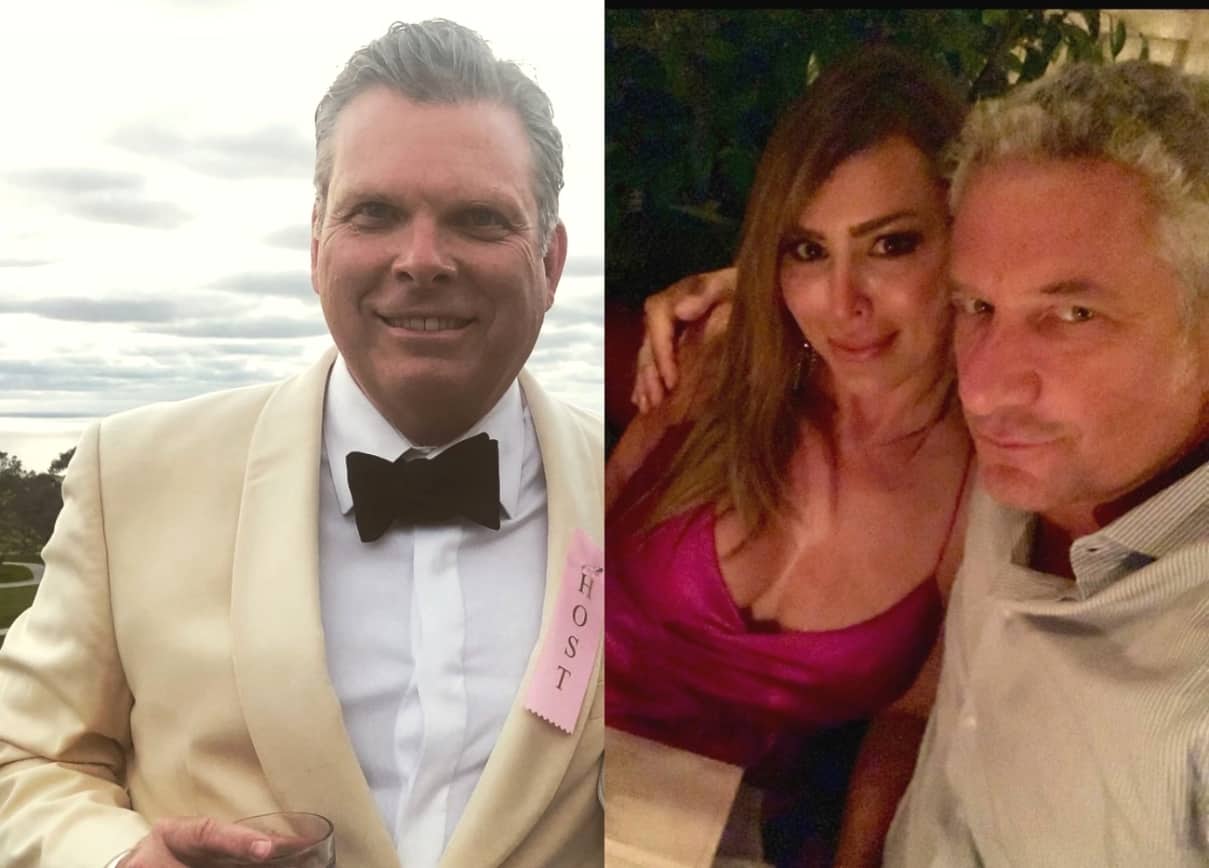 The Real Housewives of Orange County star Kelly Dodd‘s ex-boyfriend and plastic surgeon Dr. Brian Reagan is reacting to the reality star’s new boyfriend while reiterating that he never cheated on her when they were together.

After going public with Fox News reporter Rick Leventhal on Instagram last weekend, Kelly’s ex-boyfriend Dr. Brian is forced to face the very awkward music. But after continuing to deny Kelly’s claims that he cheated on her while they were dating, the plastic surgeon seems somewhat relieved that she has moved on to someone new.

During a visit to Craig’s in Los Angeles over the weekend, paparazzi bombarded Dr. Brian with questions about his alleged unfaithfulness to the reality star.

“I definitely did not cheat. Absolutely not,” the plastic surgeon told TooFab reps with a slight laugh.

Kelly accused the plastic surgeon of cheating on her amid news of their breakup, and she even claimed to have caught him in the act. The reality star also claimed that her ex was only dating her for publicity.

“[Brian] wanted his business on the show. I was just a means to get there. And I only realized that after I caught him cheating on me and realized he’s been seeing someone else all along,” dished the reality star to PEOPLE.

Dr. Brian first refuted Kelly’s claims that he cheated on her back on August 16th.

“I simply cannot make her see — I’m not there all the time — she’s reacting. There are other things that have happened. I’m not going to share. And that’s it,” Dr. Brian dished to Page Six. “She’s trying to spin this and I completely deny having cheating. Because I don’t want to be with her anyone she thinks there has to be another woman. But there’s not. It’s not. It’s just not working. We’ve been on-again-off-again.”

Whether or not Dr. Brian actually did cheat on the hot-headed reality star, it’s pretty clear that Kelly has moved on. She recently posted a pic of her and her new beau on Instagram, letting the world know Dr. Brian was old news.

Kelly met Rick in The Hamptons and is clearly smitten with him. She also admitted that Rick treats her with more respect than Brian ever did.

But rumors have begun to circulate about Kelly’s alleged drug use and sexcapades in what the ladies referred to as the “train” in recent episodes. This shows that there may be more to her story that we have yet to learn. As of now, Kelly vehemently denies the rumors being spread about her.

See how the rest of Kelly’s relationship with Dr. Brian plays out on the RHOC, which airs every Tuesday at 9 P.M. on Bravo TV.