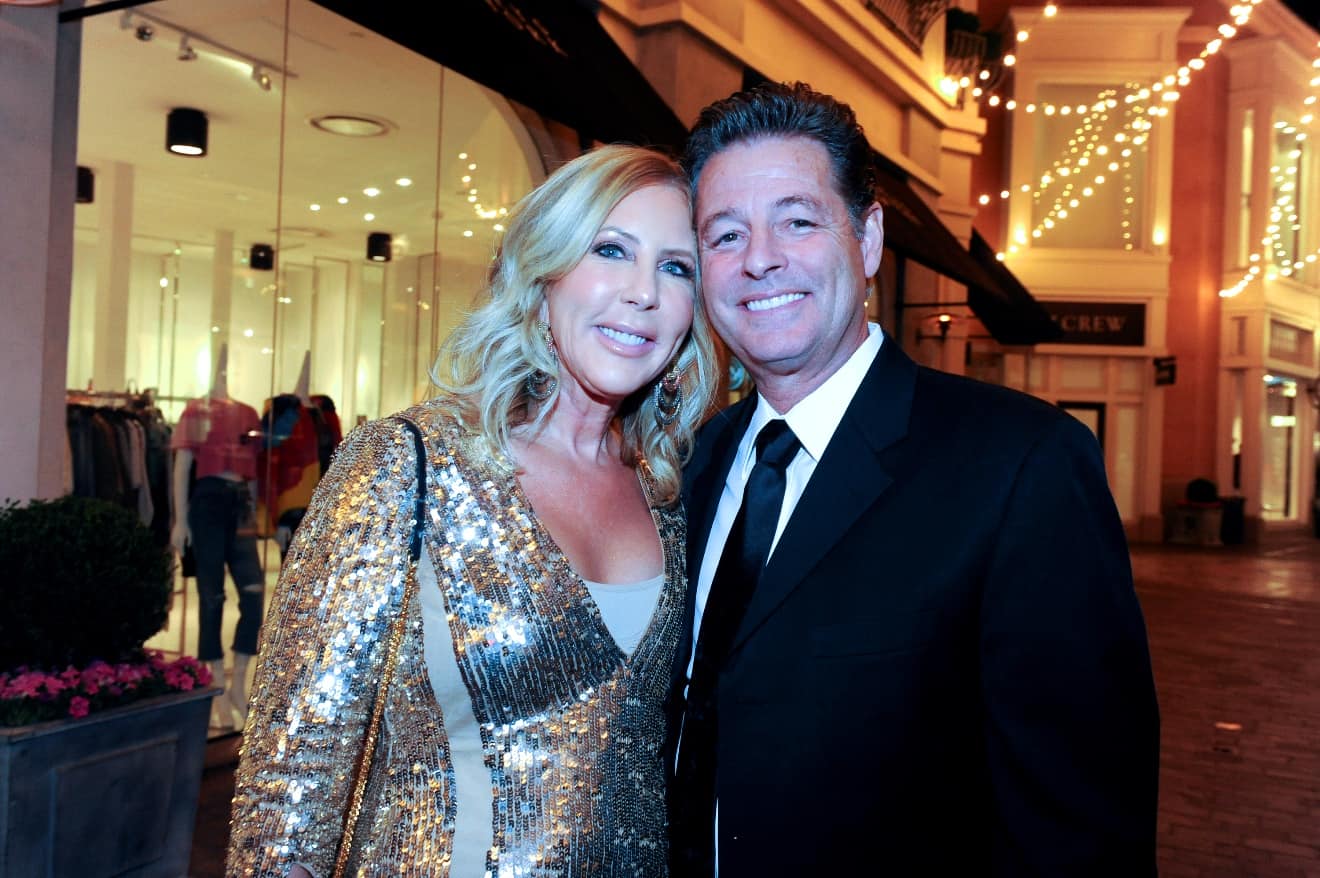 After three years of dating, the Real Housewives of Orange County star took to Instagram on Friday, April 26, to reveal that she and boyfriend Steve Lodge are engaged — and to share the first photo of her stunning engagement ring.

At the end of last year, Vicki, 57, confirmed her boyfriend’s plans to propose during a live Instagram chat with her fans and followers from Puerto Vallarta, Mexico and said the location was where they were planning to get married.

“You’ve got one life to live. You’ve got to be inspirational, positive and upbeat and surround yourself with people that adore you and love you,” she added.

Although the new season of the RHOC is currently in production, it is not yet known whether Vicki’s engagement was captured for the cameras.

As fans may recall, rumors began swirling earlier this year which suggested Vicki was planning to stage an engagement in an effort to maintain her full-time role on the show. However, Vicki, who has been facing engagement rumors for the past several months, denied that report on Twitter.

The Real Housewives of Orange County season 14 is expected to begin airing on Bravo TV sometime this summer.