Home Real Housewives of Orange County News Andy Cohen Explains Why Vicki Gunvalson Was Demoted to a ‘Friend’ on RHOC Season 14 and Discusses Her Future on the Show, Plus He Shares Thoughts on a New RHOBH Cast Member

Andy Cohen Explains Why Vicki Gunvalson Was Demoted to a ‘Friend’ on RHOC Season 14 and Discusses Her Future on the Show, Plus He Shares Thoughts on a New RHOBH Cast Member 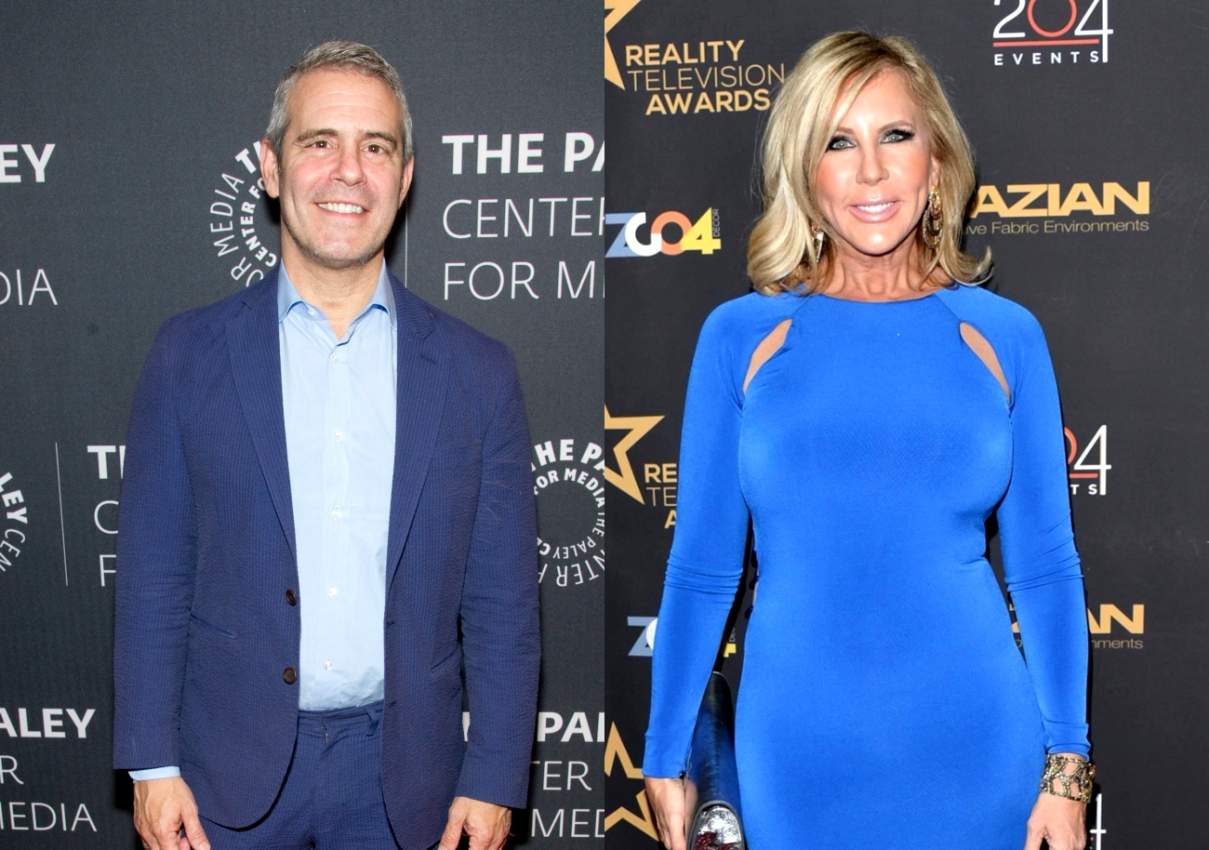 Andy Cohen is opening up about the decision behind Vicki Gunvalson‘s recent demotion on Real Housewives of Orange County.

Before sharing his thoughts on adding another actress to the cast of The Real Housewives of Beverly Hills, Andy explained why Vicki wasn’t included in the full-time cast for season 14. Andy also opened up about his hopes for her future on the series.

“The truth is we’re always looking to freshen up every show,” Andy told Us Weekly on July 24. “She’s been on the show for 14 years. That is an unprecedented run on a scripted show, on a reality show, anything.”

According to Andy, he would love to see Vicki continue to appear on the show for its next 14 seasons. When it comes to the upcoming episodes, he added that she is “very much a part of this season.”

“And so it’s just, it’s just about keeping everything fresh,” he explained.

As for the season 10 cast of The Real Housewives of Beverly Hills, Andy is on the hunt for someone to fill the empty space left by Lisa Vanderpump.

“We are always looking for new housewives in every city basically. We always have kind of one eye out, no matter how great the cast is. As I’ve said before, Vanderpump is irreplaceable, but it’s an ensemble show and we have a group of all-stars there and we’ll look to add to the group,” he shared.

Currently, the Real Housewives of Beverly Hills cast includes actresses Lisa Rinna and Denise Richards, and also former child actress Kyle Richards. According to Andy, he isn’t ruling out the possibility of adding another actress to the series for season 10.