VIDEO: Watch the Tear-Filled RHOBH Reunion Trailer as Kyle Implies Lisa Rigged Lie Detector Test and Cries Over Their Feud! Plus Camille Lashes Out at Cast 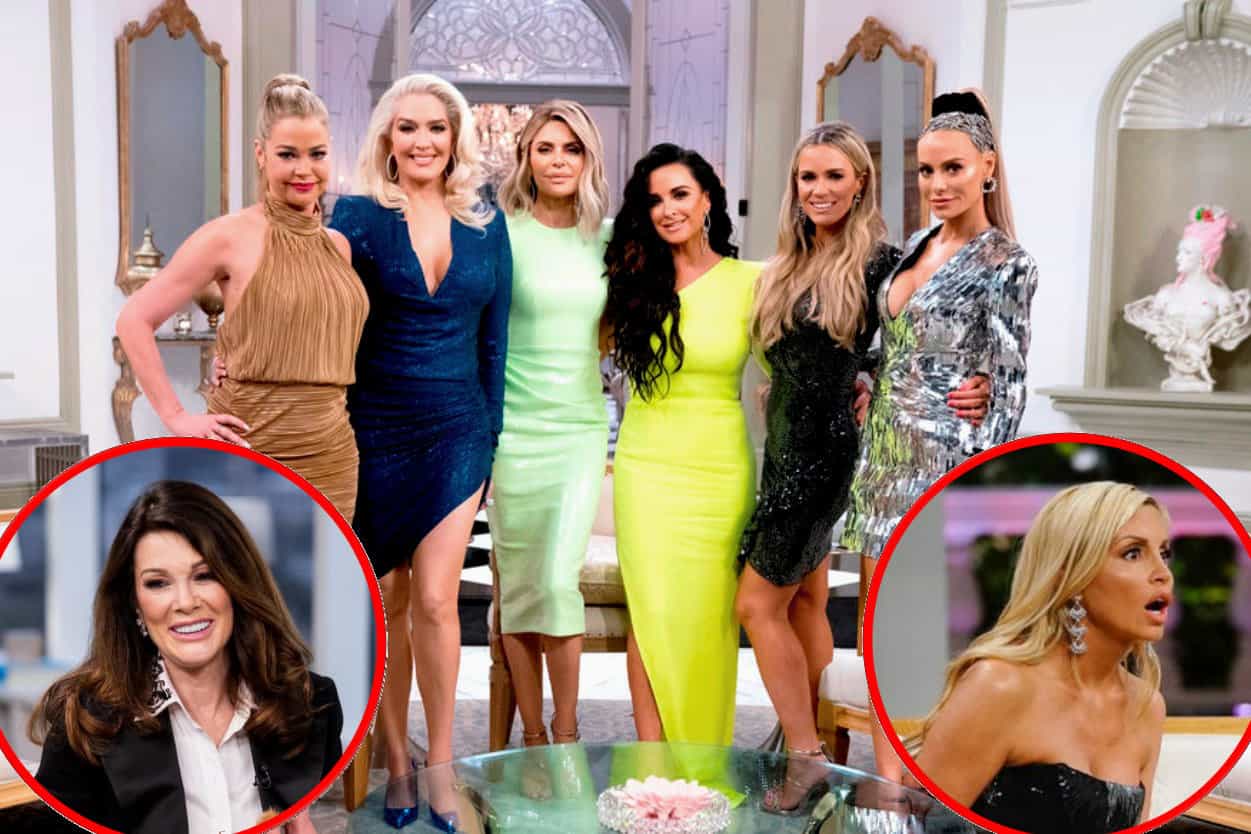 Ahead of tonight’s finale episode, fans are getting their first look at the dramatic three-part RHOBH reunion special, which is set to begin airing next Tuesday, July 16.

In the newly released clip, Kyle Richards is shown immediately breaking down while discussing the end of her friendship with Lisa Vanderpump.

“I paid the ultimate price for being honest,” she says through tears as Denise Richards wipes away tears of her own. “I can’t talk right now.”

As the preview continues, Lisa Rinna is seen telling someone, “You have to shut the f**k up.”

“We’ve all said things privately about each other,” Kyle fires back. “I would never out you. If I did right now, it would be a very bad situation.”

At that point, the conversation turned to the lie detector test, which Lisa V. took and passed. She took the test in an attempt to prove she was not involved in the leaked story about Dorit Kemsley and the chihuahua mix she adopted from Vanderpump Dogs.

“I want to know how she found the lie detector,” Denise says.

“She did a test round first,” Kyle alleges, seemingly implying that Lisa’s polygraph test was rigged.

While Lisa V. chose to skip the June 5 taping, Camille Grammer did make an appearance at the filming and made quite a stir with her co-stars.

“She told me to tell my daughter she was a f**king liar,” Camille screams.

Later, host Andy Cohen could be seen calling out Teddi Mellencamp for lying.

“I pride myself on being an honest person,” Teddi says.

“But you were lying,” Andy replies.

According to Camille, she was extremely disrespected by her co-stars, who slammed her for her support of Lisa V. while in Hawaii for her wedding after Lisa V. failed to show up. They also dissed Camille’s wedding after attending it.

“That’s nasty! You don’t come to my wedding and then treat me so disrespectful after it,” Camille screams.

Kyle was also shown addressing the ongoing lawsuit against her husband, Mauricio Umansky, regarding his real estate dealings.

“My husband did not scam anyone,” states Kyle. “And I don’t appreciate that.”