Lisa Vanderpump Feels Vindicated After Reporter Reveals She Never Leaked a Story to Her, But Kyle Richards Doesn’t Agree 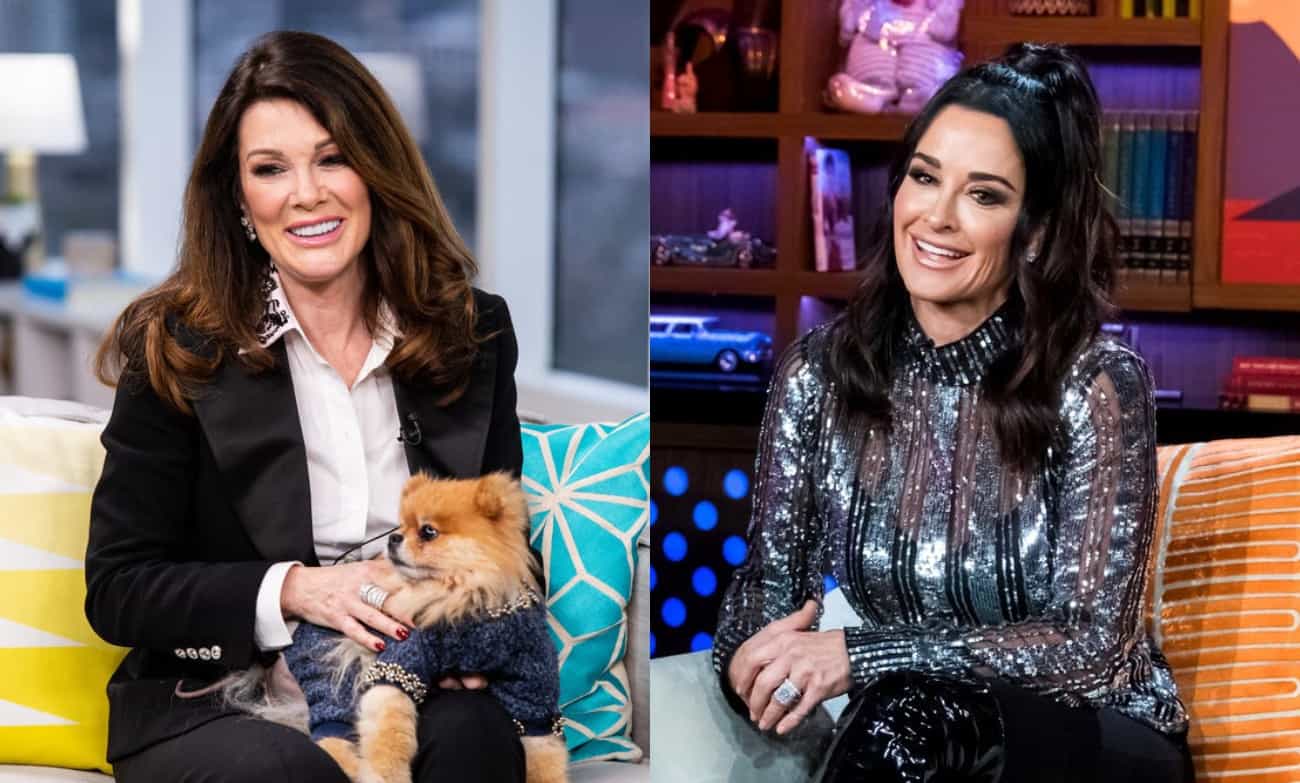 Lisa Vanderpump believes there’s proof that she never leaked a story about Dorit Kemsley and the dog she adopted from her animal rescue center, Vanderpump Dogs.

During a recent interview, Lisa looked back on an alleged setup that took place during The Real Housewives of Beverly Hills season two, when she was accused of leaking stories by former cast member Adrienne Maloof.

As fans of the series may recall, Adrienne accused Lisa of leaking information about the show to reporter Melanie Bromley in 2012 when she was working for Us Weekly. Now, years later, during an E! News interview with the same woman, Lisa attempted to set the record straight regarding the ongoing allegations against her.

“You have just reminded me that it was you,” Lisa told Melanie in a February 12 interview, after Melanie brought up the past allegations against them. “I had totally forgotten that because it’s so long ago.”

“You were not giving stories to me,” Melanie clarified.

While Lisa attempted to convince Melanie to reveal who her source actually was, she refused to do so. Instead, she repeated again that Lisa has never leaked a story to her.

Moving onto the current estrangement between Lisa and her co-stars, Melanie said the allegations made against her seemed reminiscent of what went down between Lisa and the other women of the show years ago.

“It looks like you’re being bullied,” Melanie replied. “It feels like there’s a massive divide between you and everyone else.”

According to Lisa, not much has changed in regard to being repeatedly accused of leaking stories by her co-stars but during this season, she had a more difficult time fighting back against the claims.

“Obviously I wasn’t as strong as I am normally. I mean I’ve sat at reunions and finale parties and been ganged up on before but I wasn’t strong personally this year,” she explained.

As for her friendship with Kyle, who labeled the new season of the RHOBH as “deceptive,” Lisa didn’t share much hope for a future reconciliation. In fact, she rolled her eyes when Melanie mentioned that Kyle was hoping to make amends.

According to Lisa, she feels betrayed by her co-stars and “doesn’t know” why they want to make her look bad. Meanwhile, they’ve accused her of attempting to push a story that accused Dorit of abandoning her dog at an animal shelter, even though she knew Dorit and her family chose to give up the dog to what they believed was a loving home after it began attacking their kids.

After a fan shared the E! News clip on Twitter, Lisa proclaimed she had been vindicated, even though the vindication she received from Melania seemed to be in regard to something that happened quite a while back.

“Thank you for this! A bit late lol…but vindication is always good! It’s sickening really #rhobh,” she tweeted.

thank you for this!
A bit late lol…but vindication is always good!
It’s sickening really#rhobh

Shortly after the clip was posted, Kyle slammed the video as “old” in a now deleted tweet. “This was dealt with back then. It’s an old video,” wrote Kyle. Below is a screenshot courtesy of the AllAboutTRH blog.

Kyle is right in the sense that the ‘leak’ this E! reporter denied came from Lisa was from a couple of seasons ago. However, when it comes to the Radar Online story, about Dorit’s dog, that will cause the rift this season, the editor of that site has also gone on the record to deny Lisa was their source.