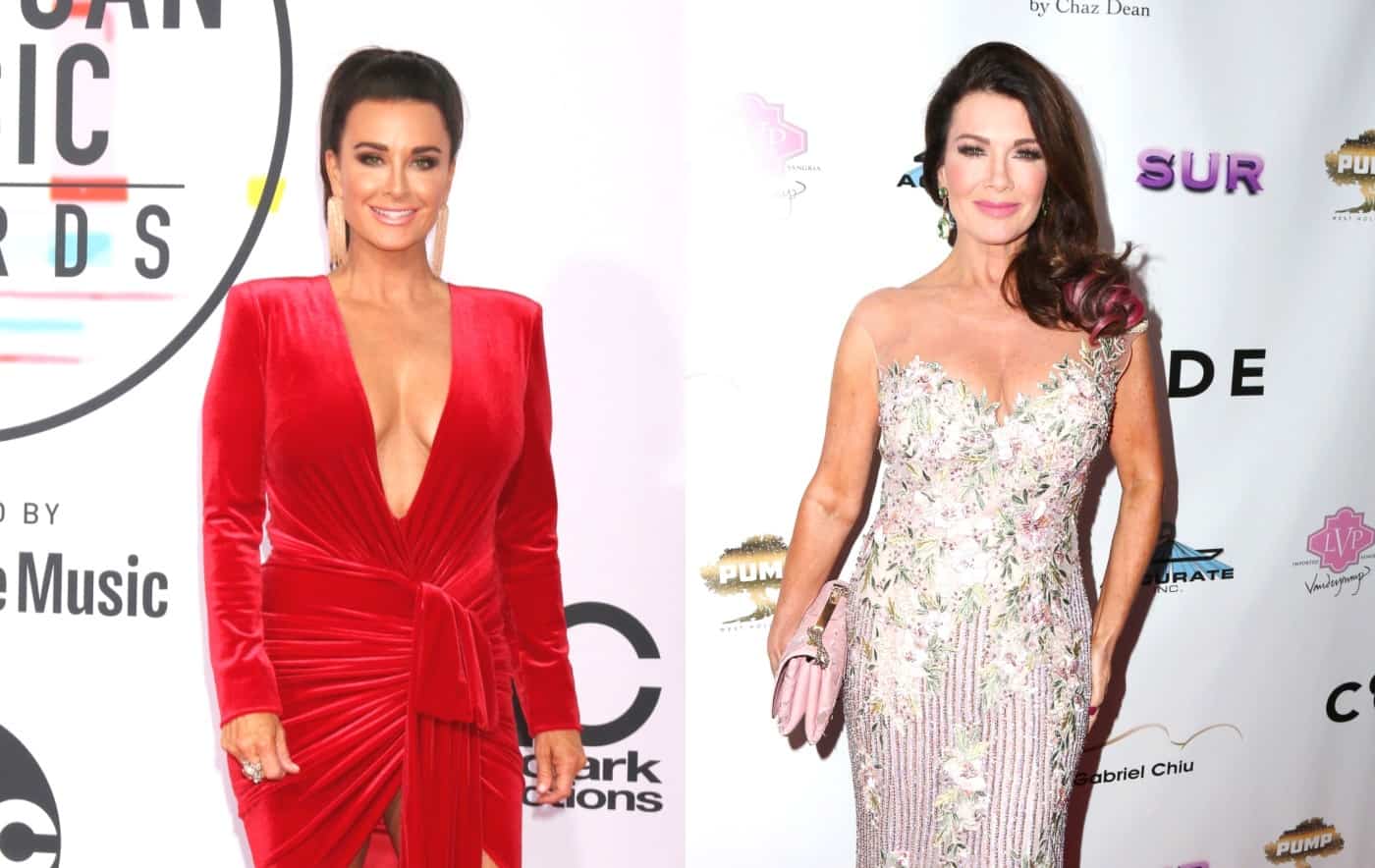 The Real Housewives of Beverly Hills star Kyle Richards is revealing where she stands today with Lisa Vanderpump amid their nastiest feud yet. Also, Lisa is opening up about being blamed by her co-stars for allegedly leaking a negative story about Dorit Kemsley to the press.

Kyle appeared on Live with Kelly and Ryan show on Tuesday, during which she was asked about her friendship with Lisa.

“My status with Lisa right now is not good,” revealed Kyle. “I’m sad to say that no, we’re not speaking at the moment.”

When pressed about a possible reconciliation in the future, Kyle revealed she’s open to it.

Kyle was also asked to describe RHOBH season 9 in one word, and she called it “deceitful” without naming any names.

Meanwhile, Lisa is also speaking out as she remains at odds with her RHOBH co-stars, after she was accused of leaking a story that suggested Dorit had adopted a dog from her animal rescue center, Vanderpump Dogs, before dropping the animal off at a shelter.

During an interview this week, Lisa revealed that her fans have remained supportive of her, despite the ongoing drama amongst the cast. She, however, wondered why her supposed “friend” group on the show continues to turn on her every couple of seasons.

“[Season two], I was accused of giving stories,” Lisa recalled to Entertainment Tonight on February 5. “Four, some nonsense about a magazine. Six, eight — see, I got a year off! It was my year to be beaten up again. It’s every other year, yeah.”

Although Lisa denied any such thing, the feud was made into a major storyline on the show.

“Unfortunately, I think that’s all this is about,” Lisa added, implying her castmates are simply manufacturing drama for a storyline.

As for her relationship with Kyle, Lisa said she’s unsure about whether or not they will ever reconcile and quickly changed the subject when Kyle’s name was mentioned, instead of addressing her future on the show.

Lisa also revealed that she should have taken a year off from filming to properly mourn following the death of her brother.

“[Andy] said, ‘You know, I think we should’ve given you a year off when you asked for it,’” Lisa shared. “He said, ‘I don’t think you were in a mental state where you were really prepared to deal with it,’ it was very emotional … ‘With hindsight, we probably should’ve given you the year off.’”

“I wasn’t as prepared for combat as I should’ve been,” she added.