by Lindsay Cronin May 16, 2018 17 comments
ShareTweetWhatsappPinterestRedditTumblrMailFlipboard 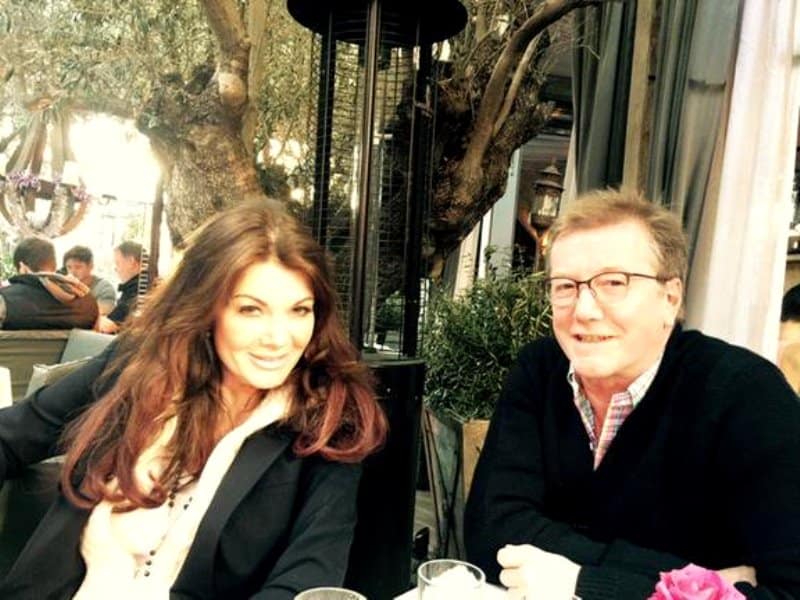 Lisa Vanderpump has broken her social media silence and addressed the untimely passing of her older brother, Mark Vanderpump.

On Tuesday night, with rumors swirling in regard to Mark’s potential drug overdose, the Real Housewives of Beverly Hills star and restauranteur shared a heartfelt tribute to her late brother with her fans and followers on Instagram.

“Rest In Peace big brother,” Lisa wrote in the caption of a photo of herself and Mark.

Hours later, Lisa shared a second image of herself riding one of her horses in an all-black ensemble with her head hanging down.

“It’s been a devastating couple of weeks… one day at a time… I thank you all from the bottom of my heart for all your love and support,” she told fans.

News of Mark’s passing was first shared by the Daily Mail on Saturday.

“This has come as a shock to us all. My brother and I had connected the day before this tragedy and I was completely unprepared for this,” Lisa said in a statement at the time.

“He was my only sibling and I am shocked and saddened by his passing. I am trying to be supportive to his two young sons that he has left behind, and help them get through this tragedy,” she continued. “We appreciate your consideration in this private and extremely difficult family time.”

While the outlet claimed Mark’s death was the result of a drug overdose, they noted that it was unclear whether the overdose was intentional or accidental. Days later, Mark’s fiancee, Gemma Walker, told Radar Online that the overdose was definitely intentional.

“It was for sure suicide,” Gemma said on Wednesday. “I was the last person he spoke to.”

“He sent me a text message that said he was going to a better place,” she said. “The last message he sent me was ‘My fingers are getting slower.’ I didn’t understand it at first. I was calling him and texting him back, and I heard nothing… I am devastated.”

Earlier this year, Lisa and Mark were involved in an explosive fight at a New York restaurant after it was revealed that Mark intended to release a tell-all book about their feud. However, according to Lisa, she and Mark reconciled soon after the encounter.

Mark was just 59-years-old at the time of his passing.