PHOTOS: See All the RHOBH Reunion Pics! Did Andy Cohen Hint Lisa Vanderpump Attended? Plus Find Out if Camille Grammer Showed Up! 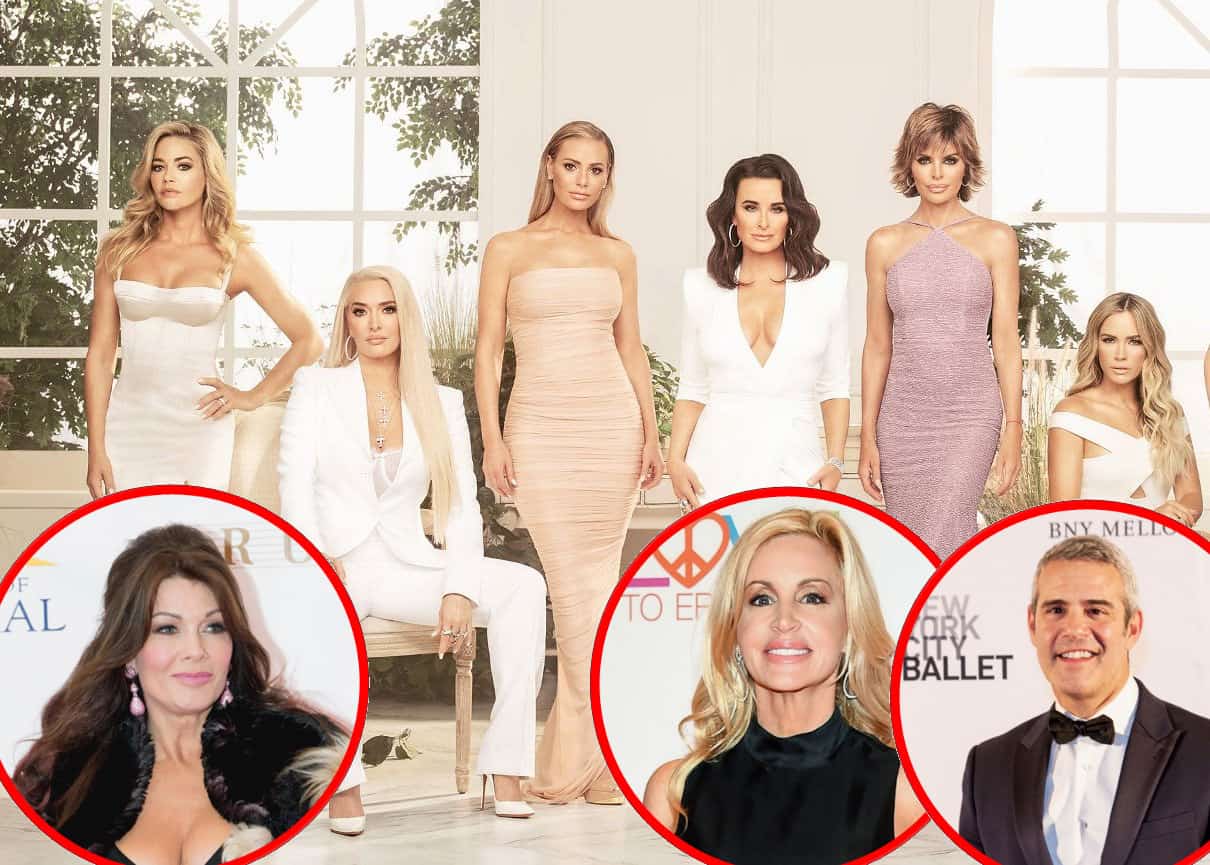 The Real Housewives of Beverly Hills filmed the season nine reunion on Wednesday and on Instagram, the cast shared plenty of photos from the taping.

Following a controversial season of the show, which ultimately led Lisa Vanderpump revealing she’s planning to quit the Bravo TV series, the rest of the cast, including Kyle Richards, Teddi Mellencamp, Erika Jayne, Dorit Kemsley, Lisa Rinna, and Denise Richards, reunited in Los Angeles with host Andy Cohen to discuss the events of the season.

“Over and out #season9 #rhobh,” Kyle wrote in the caption of the photo below on Instagram, which she tagged from Universal Studios Hollywood. 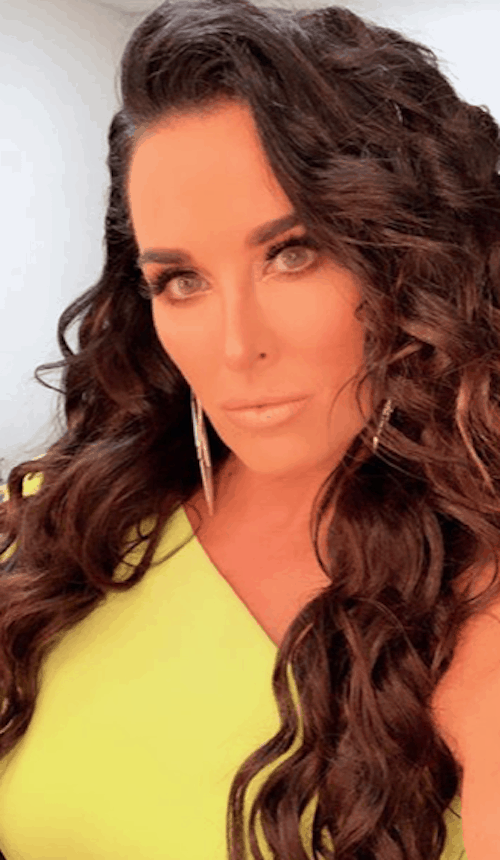 During the taping, both Kyle and Teddi expressed their exhaustion on social media.

“Still here,” Kyle wrote in the caption of a photo of the two of them looking tired. 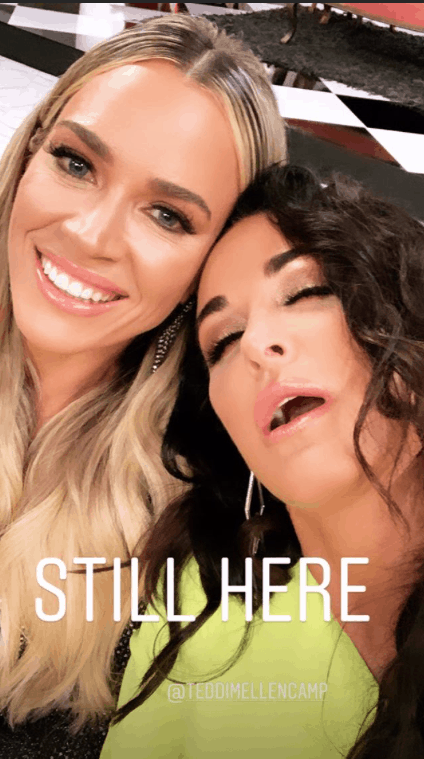 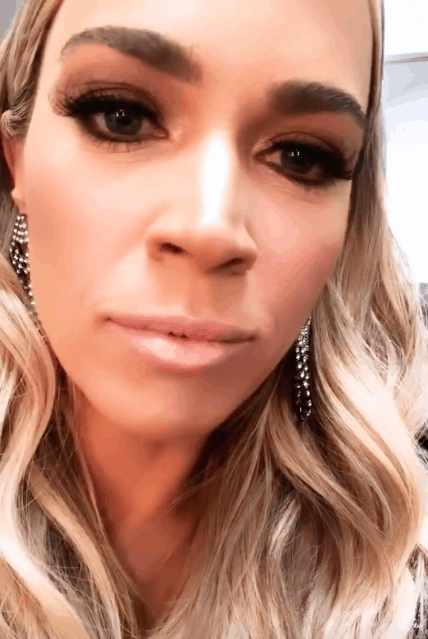 “What day is it? What time is it? How many hours left?” Teddi wrote in the caption of one of her pics. 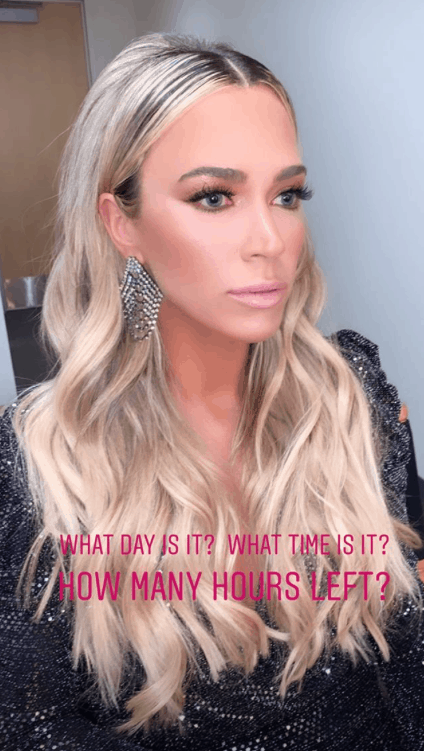 On Erika’s Instagram page, she shared a couple of glam shots with her fans and followers in which she was seen in a low-cut blue gown. 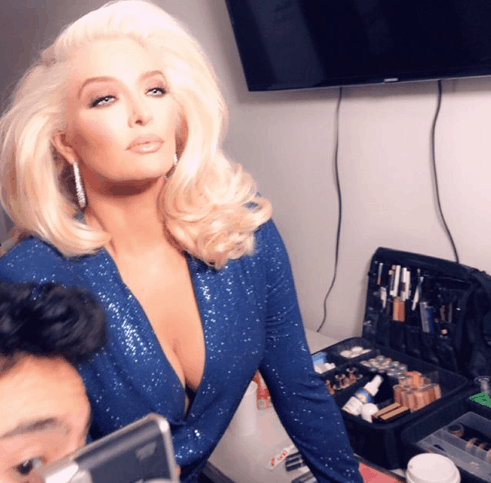 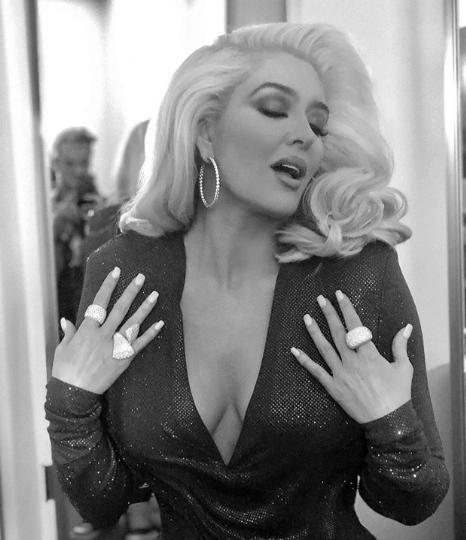 Dorit, who was caught in the middle of the drama of Puppy Gate throughout season nine, went all out for the reunion in a metallic dress with several matching hair clips strategically placed around her high ponytail. She shared the photos below on her Instagram page. 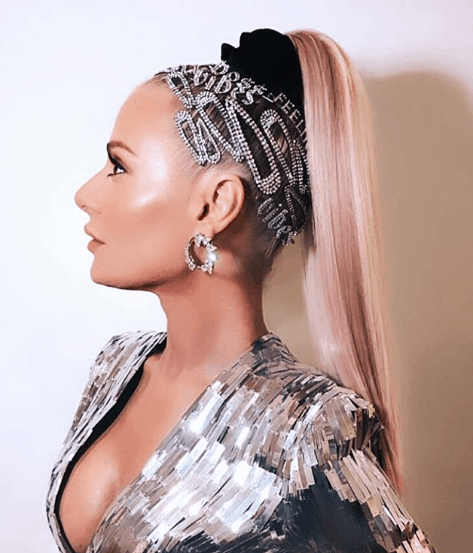 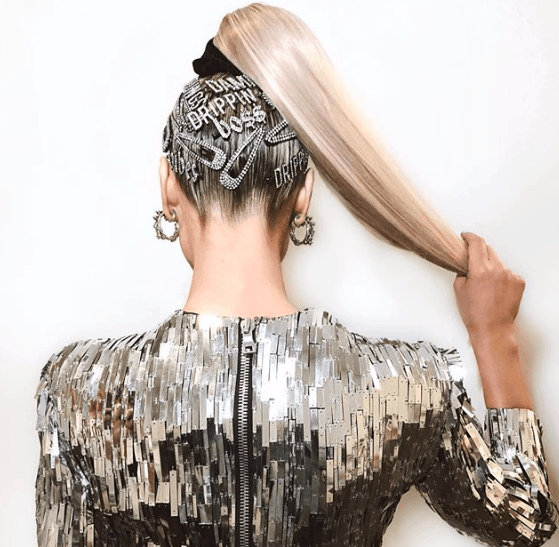 After debuting a blonde look on Instagram last month and rocking a blonde wig on last week’s episode of The Real Housewives of Beverly Hills, Lisa R. reprised her blonde look for the reunion taping.

“We named her Raquel. ✨ SEASON 9 REUNION ” she wrote in the caption of the picture shared on her Instagram page. 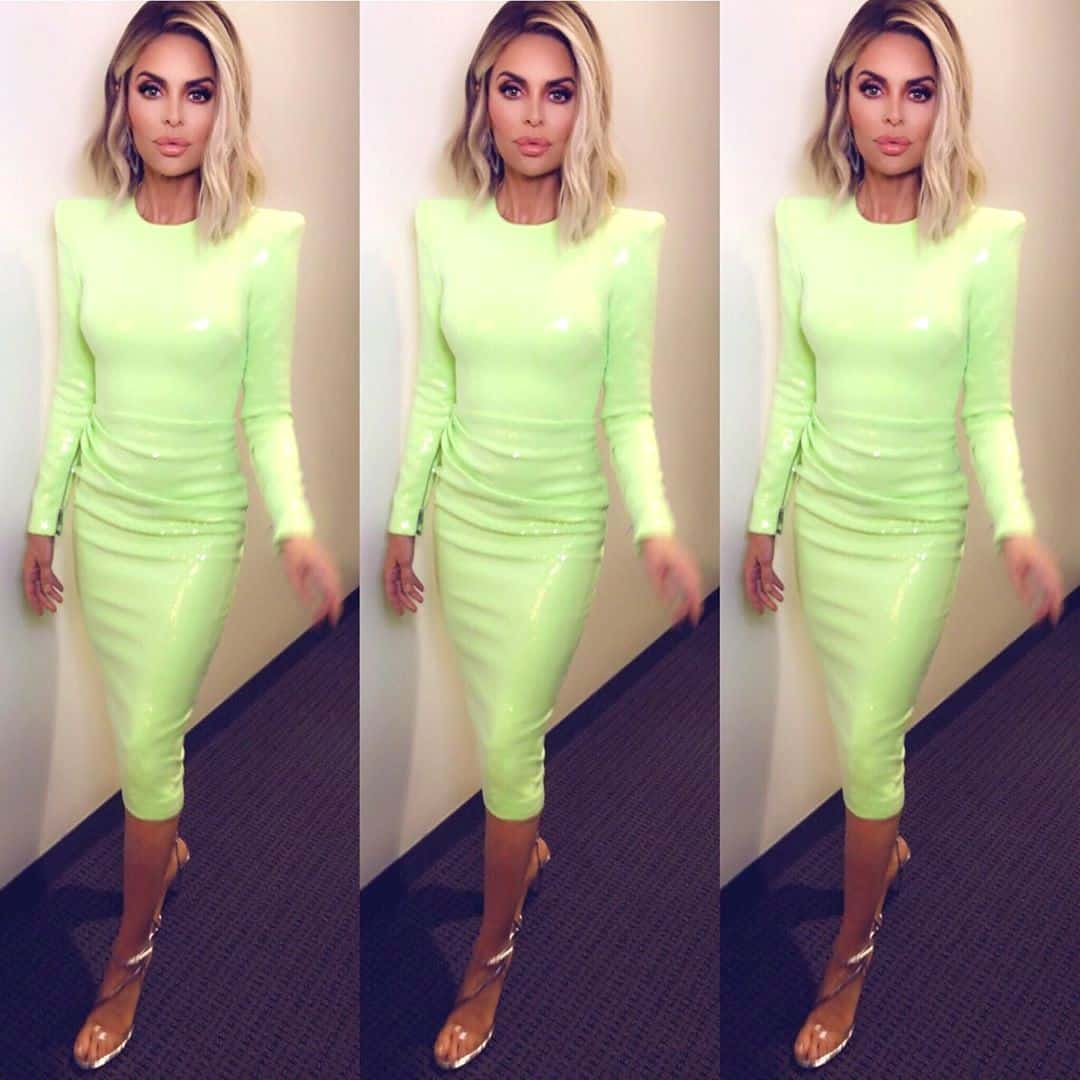 For her debut reunion, the series’ newest star, Denise, rocked a high ponytail, much like that of Dorit, which she paired with a gold dress. 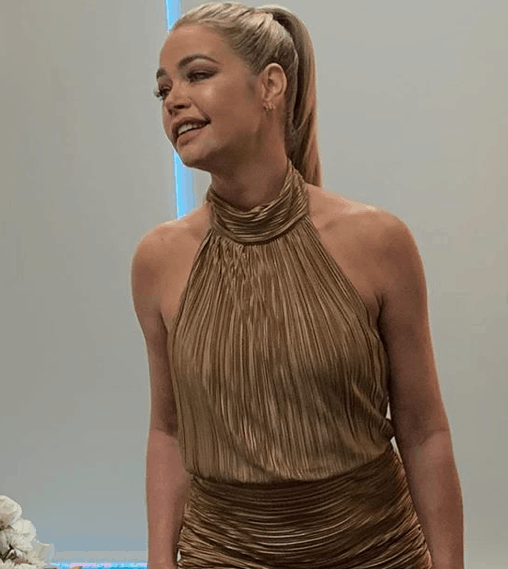 With Lisa V. missing from the taping, Kyle and Lisa R. were placed in the seats closest to Andy as Denise and Dorit were seated furthest from him. 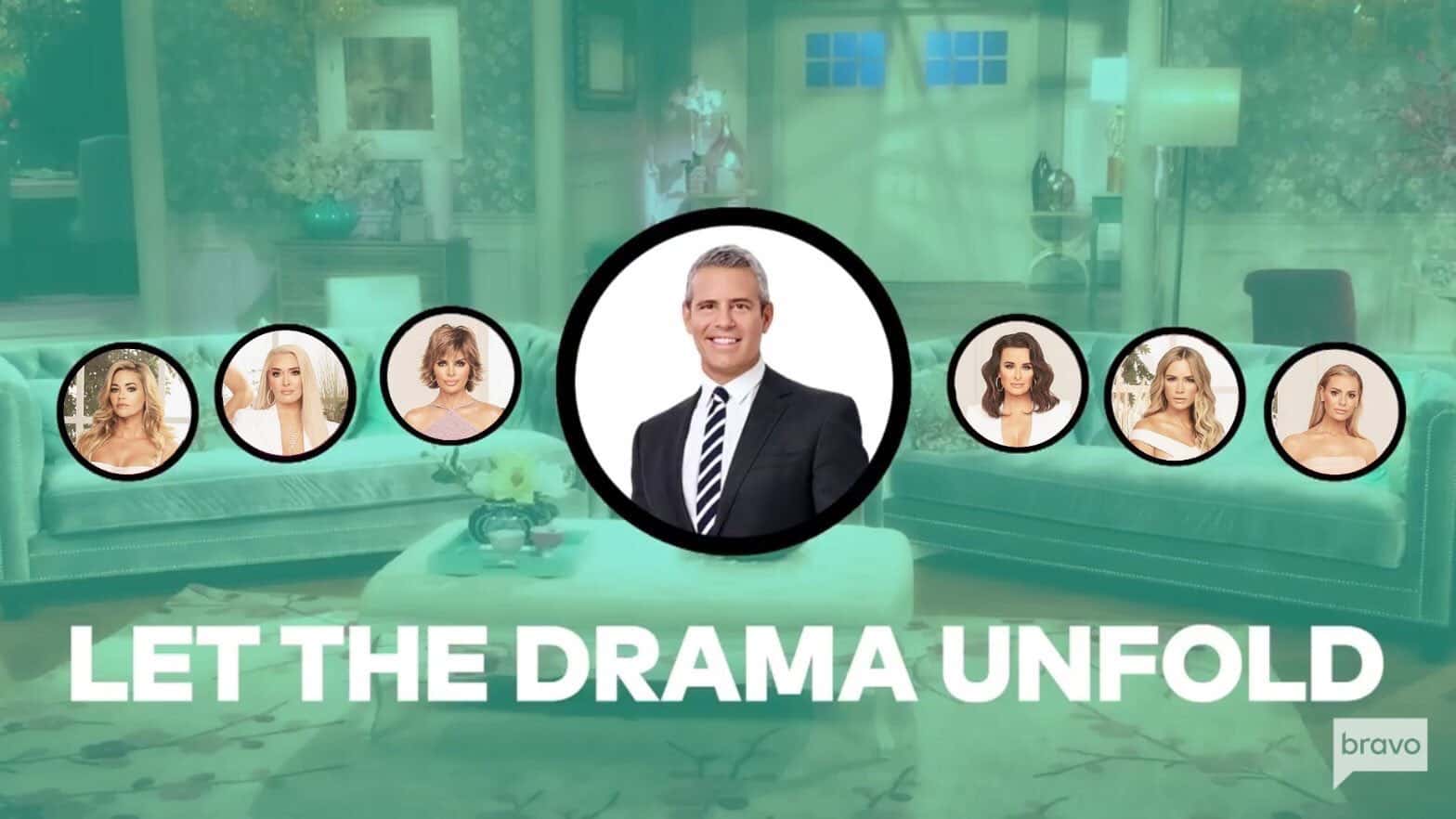 As Real Housewives fans well know, it has long been rumored that the cast members who are seated furthest from Andy are the ones who are in jeopardy of being fired.

Although Lisa V. did not attend the reunion, Camille did show up, even though she told fans on Twitter weeks ago that she would not be present.

“The reunion is going great, it’s major. Lisa Vanderpump is not here,” Andy confirmed in a live stream with Anderson Cooper, via the LoveAndyC Twitter page.

“Has she not been there at all for this reunion?” Anderson asked.

“There’s major things happening,” Andy responded after smiling and nodding, leaving some fans wondering if Lisa might have attended in some form, perhaps via a taped segment or a one on one interview with Andy. “You know who is here? Camille [Grammer]… It’s back to season one shrugging Camille.”