by Lindsay Cronin May 18, 2019 527 comments
ShareTweetWhatsappPinterestRedditTumblrMailFlipboard 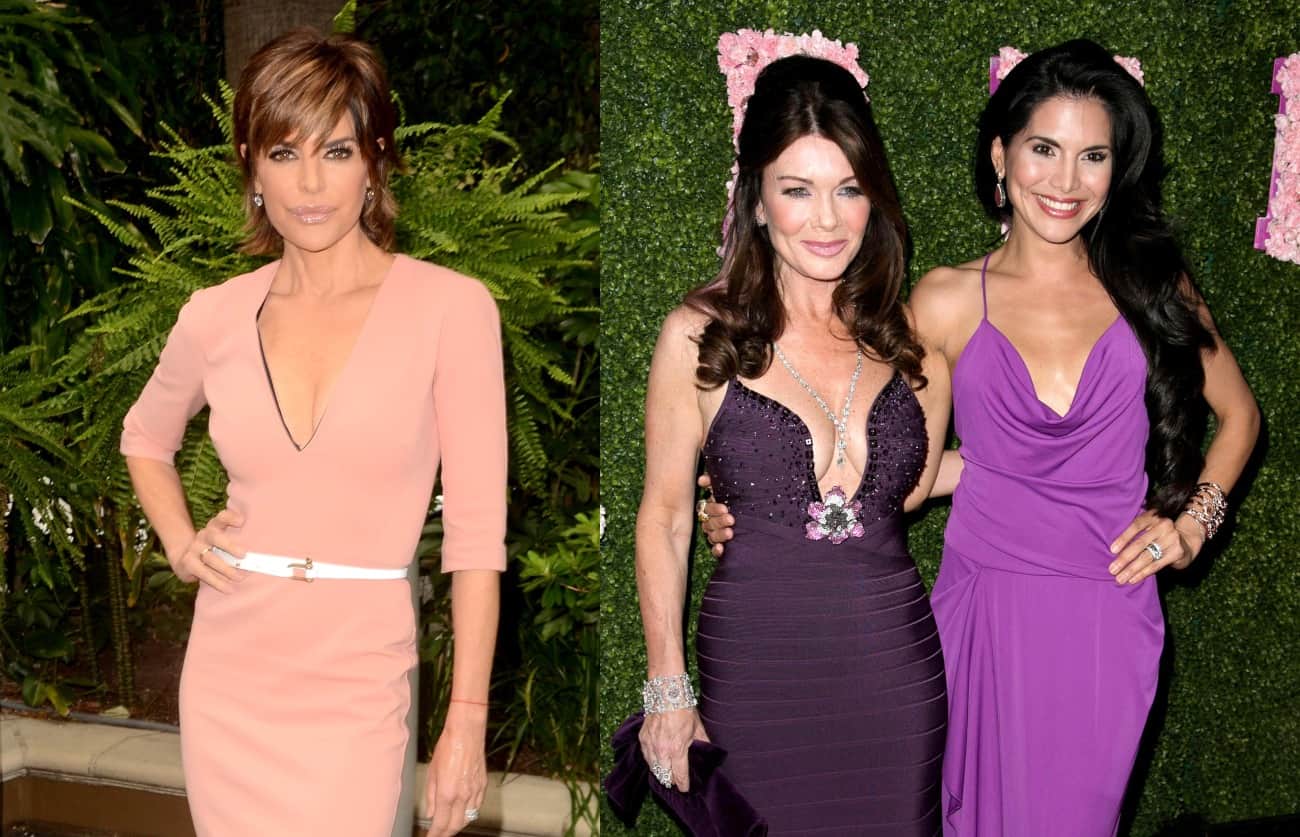 During an interview last month, Joyce accused Kyle Richards of being a bad friend to Lisa Vanderpump, amid the Puppy Gate drama, and then stated the Real Housewives of Beverly Hills women were bullying Vanderpump.

This interview might explain why after first telling her former RHOBH co-star that she agreed with her sentiments in regard to her opposition of the recent abortion ban in Alabama, Rinna then slammed Joyce for calling her names.

“This we can agree on,” Rinna tweeted to Joyce before calling her out for name-calling.

“The other stuff not so much and I don’t appreciate you calling me and the others names,” Rinna added in a second, and now deleted, tweet. “So don’t do that anymore. You and I have always been cool.” 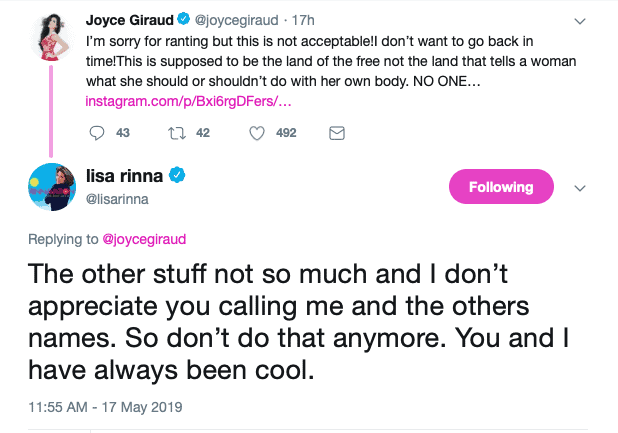 Joyce was brought to the cast of the RHOBH during the show’s fourth season but did not return for season five, which was the first season for Lisa. That said, Joyce has kept in touch with Lisa V. and after watching Vanderpump undergo a lie detector test during Tuesday night’s show, Joyce took to Instagram in support of her friend.

“My beautiful [Lisa Vanderpump],” she wrote. “After tonight’s episode… I want you to know that I love you and support you babe. PS… you DONT need to do a lie detector EVER! Because I know you and the people that know you… will never doubt your integrity.”

After seeing Joyce’s message, Vanderpump replied on Twitter, telling her, “Love you, thank you for being a real friend and also giving me the heads up…Just never wanted to believe it #RHOBH.”

Love you,thank you for being a real friend and also giving me the heads up…Just never wanted to believe it #RHOBH

In other Rinna news, the former soap star, who debuted long hair during last week’s show, showed off a blonde look on Instagram on Friday and was immediately flooded with compliments from her fans, followers, and fellow Real Housewives.

“What shall we name her?” Rinna asked in the photo’s caption.