by Sola Delano May 15, 2019 178 comments
ShareTweetWhatsappPinterestRedditTumblrMailFlipboard 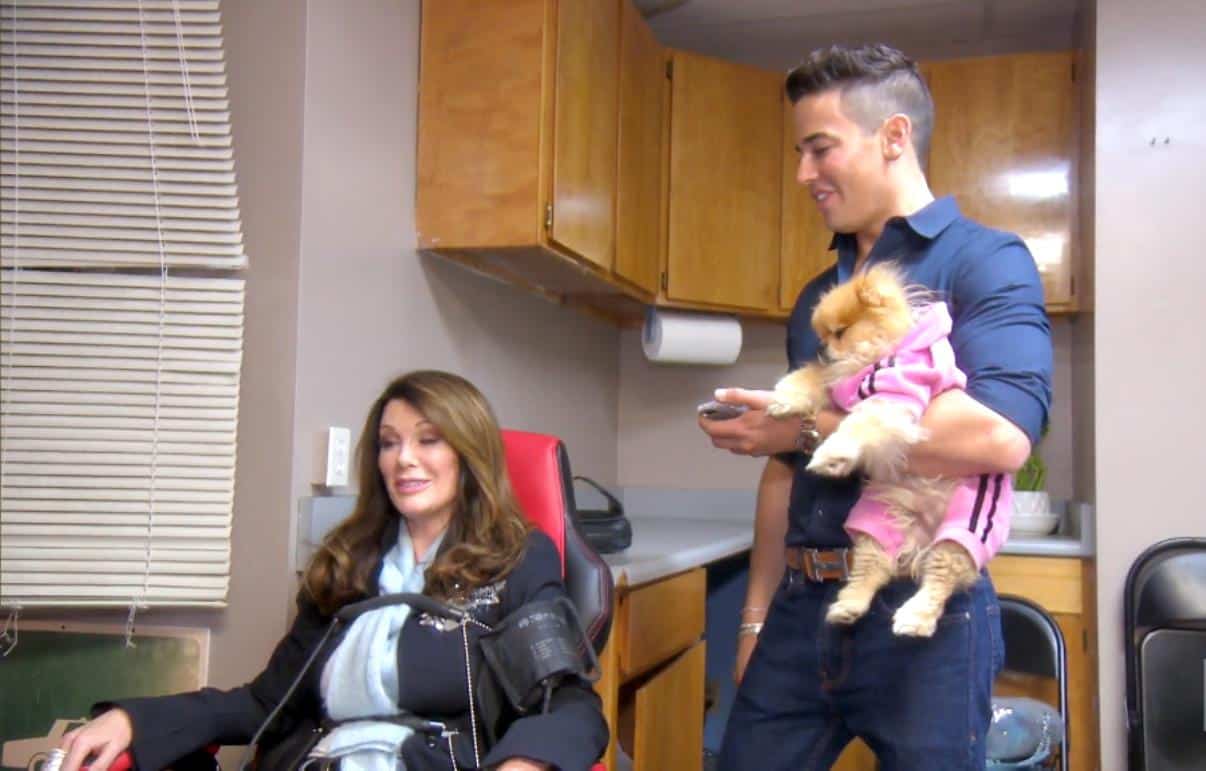 If you thought Puppy Gate was over on the Real Housewives of Beverly Hills, I’m sorry to say, you thought wrong!

Just as fans of the show had started to rejoice that we were moving towards new storylines, last night’s episode proved Puppy Gate is still the belle of the ball.

And the Bravo series ended in arguably one of the most exciting cliffhangers in housewives history as Lisa Vanderpump was shown wired up to take a lie detector test, in an attempt to clear her name after being accused by her friend, Kyle Richards, and the rest of her co-stars, of leaking a story to the media about a dog Dorit Kemsley adopted, from Vanderpump Dogs, ending up at a shelter.

Twenty four hours before sitting for the polygraph test, Lisa was shown meeting up with Camille Grammer at her home as Camille tried, unsuccessfully, to convince Lisa to attend her wedding. Lisa told her no as she simply didn’t want to be around the other women.

“They’re all trying to make me feel like I’m a horrible person,” said Lisa to Camille. “What am I supposed to do? Take a lie detector test? Is that what they want me to do? I don’t need that in my life.”

Low and behold, the episode ended with Lisa sitting in a room, with the support of John Sessa, as she was being asked if she played a role in Puppy Gate.

“Have you ever given a story to Radar Online?” the lie detector operator asked Lisa.

Viewers will however have to wait until next week before they get to see Lisa’s answer and presumably, the test results!

And while Camille appeared to support Lisa’s decision to skip her wedding, while at Lisa’s home, saying she could relate because she was also the odd man out during her first season on the show, she sang a different tune during her talking head.

Also, on last night’s episode, viewers got to see Erika Jayne performing on tour with her castmates and husband, Thomas Girardi, cheering her own. Erika ended up putting on a good show following some technical issues with her sound system.

TELL US – THOUGHTS ON THE LATEST RHOBH EPISODE? ARE YOU SHOCKED LISA TOOK A LIE DETECTOR TEST?