RHOBH’s Dorit Kemsley Shares New Details About Puppy Gate and Makes Surprising Claim About John Sessa, Plus She Addresses Being Chased Around Over Lawsuit

by Lindsay Cronin May 2, 2019 476 comments
ShareTweetWhatsappPinterestRedditTumblrMailFlipboard 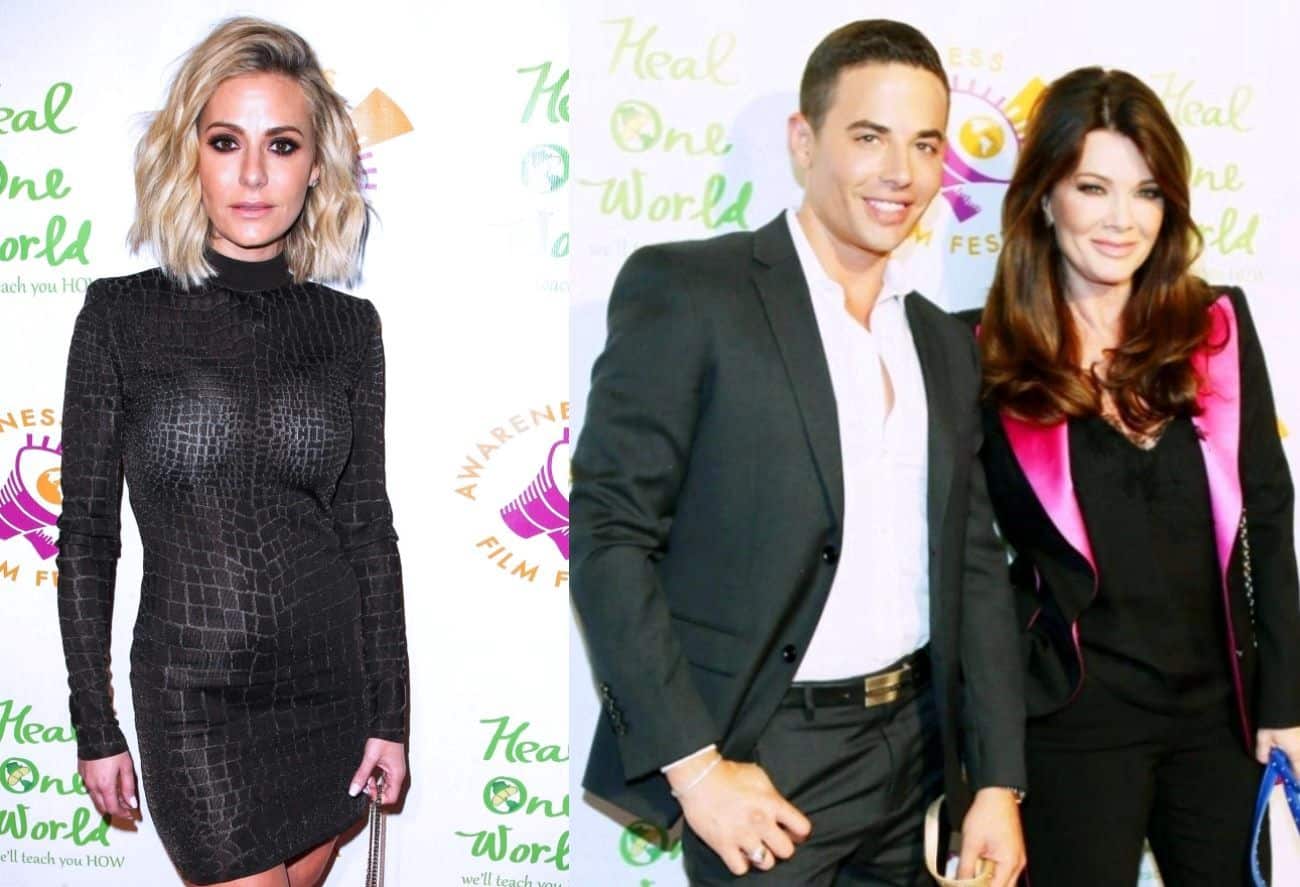 Dorit Kemsley recently opened up about Puppy Gate during an after show taping for The Real Housewives of Beverly Hills as she also addressed the incident in which she was chased around a pool during a cast vacation, over a lawsuit.

After being accused of abandoning her dog Lucy during an early episode of the season, Dorit sat down with her co-star, Erika Jayne, and gave a detailed, start-to-finish account about her experience with Lucy and the first dog she adopted from Vanderpump Dogs, a three-year-old rescue named Maddy.

Ultimately, after the animal bit both of her children in a 24-hour period, Dorit decided to return the dog to Vanderpump Dogs and right away, she was encouraged to adopt another dog. In fact, as Dorit explained, Dr. John Sessa made an “off color and disgusting” comment to her about why she needed another dog.

“There’s quite a few disgusting things that were said. Now, at the time of course, I just pawned it off as something that was just catty and a little gross,” Dorit explained.

Although Dorit said she was “really, really concerned about having another dog,” she was assured that a chihuahua mix would be perfect for her family because it hadn’t been traumatized.

“She was a hyper dog. Sweet, beautiful, adorable, but hyper [and] she was nipping at Phoenix,” Dorit said.

Despite the rumors suggesting Dorit simply gave up on Lucy, that was actually far from the case.

“I wanted to make it work at all costs. So, I brought in the best trainers. Tamar Gellar, she’s a renowned dog trainer. Everything Tamar does, Oprah signs off on because she’s just considered one of the best. I spent, personally, three hours with her and Lucy,” Dorit explained. “She said, ‘I have to tell you Dorit, she’s very reactive. When you come near any of her toys, she’ll snap and she’ll bite and I really don’t think you should have her alone with the kids.’”

After talking things over with her husband, Paul “PK” Kemsley, Dorit decided to return the animal to Vanderpump Dogs but before she got a chance, a dog lover with a similar animal fell in love with Lucy and took her home with her. Then, in the weeks that followed, Dorit says she received several updates, including photos, from the woman.

“I have pictures of her in her dog carseat, in her dog stroller. There was follow-up. I’ve got a picture of her with Charlie, playing in the house,” Dorit revealed.

A short time later, Dorit called Lisa to tell her that she and PK found Lucy a new home.

“She never said to me, ‘We have something in our contract where you can’t re-home. You have to bring Lucy back to the foundation,'” Dorit said. “She never asked for information to do a home check. She never did a home check. She didn’t suggest there was a breach of contract. I don’t even know if I signed a contract if I’m honest. I may have, because I would’ve signed whatever they asked me to.”

Weeks later, Dorit received a phone call from Lisa. “She said, ‘Lucy has ended up in a kill shelter about to be killed!’ I said, ‘What? Oh my God, that’s impossible.’ I started shaking,” Dorit shared.

After doing some digging immediately after the call, Dorit learned that the mother of the woman who adopted Lucy became very ill and was about to die. So, because she was on the east coast, the woman was forced to give up Lucy.

“This woman says she was assured that Lucy was going to a very good home, brought it to this local shelter, not a kill shelter, a local shelter. So, the shelter, when they got her, they scanned the microchip and called Vanderpump Dogs within an hour,” Dorit revealed.

During a later conversation with Lisa and John, Dorit was informed that Lucy had allegedly been “traumatized” and was “about to be killed.” However, when Dorit called the shelter, she was assured that the shelter was not a kill shelter and told that less than one percent of their dogs are euthanized.

Days later, after being dealt with the “inflated” story from Lisa and John, Dorit received a text message from Lisa, which read, “Just so you know, Teddi knows. And I’m warning you, you’re going to have to get in front of this.”

And during an appearance on Watch What Happens Live this week, Dorit addressed an incident that occurred last October when a video of her being chased around the pool by a woman, during the RHOBH cast’s vacation in the Bahamas, made its way online.

The woman claimed to be a friend of Dorit’s business partner, who is currently suing Dorit and PK over allegedly withholding profits from their swimsuit line from him.

“Oh my goodness. Well I mean obviously it happened. It’s all over the internet,” said Dorit to host Andy Cohen. “It was embarrassing. It’s unfortunate. I was grateful the other women didn’t bring it up this season. But like I said to you last time, I can’t discuss some of the legal issues.”