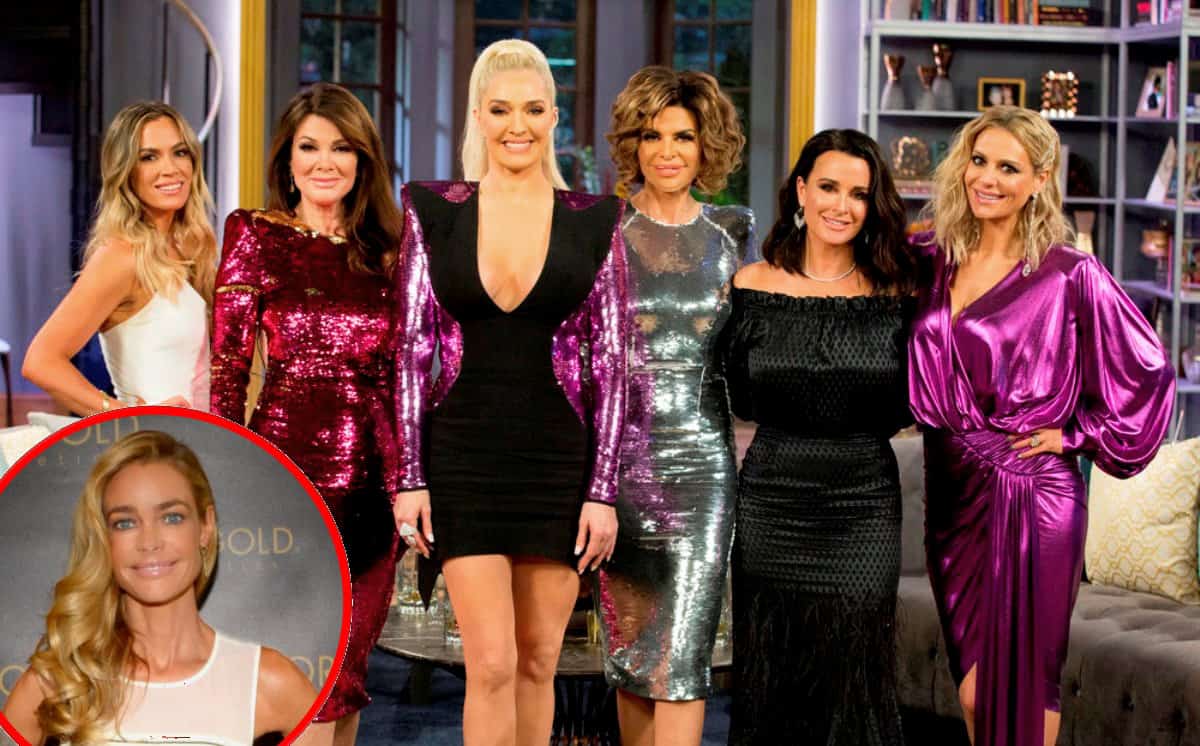 The Real Housewives of Beverly Hills cast landed in Nassau, Bahamas earlier this week and already, they’ve been faced with some major drama.

The entire cast was present for the trip, as new cast member Denise Richards and returning cast members Lisa Vanderpump, Kyle Richards, Teddi Mellencamp, Lisa Rinna, Erika Girardi, and Dorit Kemsley were all captured at the airport via the photo and video below.

Once settled, Dorit and Lisa Rinna were seen on video attempting to get away from a woman named Jasmine Lennard with the help of a couple of security guards.

The woman decided to confront Dorit over a recent lawsuit she’s facing. Last week, it was revealed that Ryan Horne, a business partner of Dorit and her husband, Paul “PK” Kemsley, sued the couple for over $200,000, claiming he provided them with advances to get Dorit’s swimwear line, Beverly Beach by Dorit, off the ground but never received any money back.

Below is a clip of the tense moment.

As for why Jasmine was so riled up, she tweeted that Ryan, the guy suing Dorit and PK, is one of her closest friends and that he invested a lot into their swimsuit business.

In his court documents, Ryan said that despite the fact that the swimwear line is now worth $300,000, the couple is refusing to pay him the money he is owed. However, according to a source close to the couple, Ryan “is a manufacturer who let everyone down with false promises and did not have the capacity to do what he said he would do.”

“He has sort to extort the Kemsleys with the threat of publicity and a fabricated lawsuit which now sits in the realms of fantasy,” the insider told Page Six. “He did not advance any money nor did he invest in the business. His behavior towards Dorit and her team was unacceptable and his actions have caused the business a lot of damage. Any lawsuit will be vigorously defended and countered.”

Prior to the encounter, Lisa R. and Dorit were seen preparing to jump off a clip with Denise and Camille Grammer.

While Lisa R. and Dorit have had their issues in the past, they appear to be on good terms currently and during a dinner date in the Bahamas, they were seen sitting beside one another as Lisa yelled, “say it,” to someone off-camera.

@murielthequeen here she is. The finger wave last night ???? ???? in the Bahamas #sayit #RHOBH pic.twitter.com/RgBxry2CPq

Another reconciliation worth mentioning is that of Teddi and Erika, who appeared to be having a great time with one another at Bond nightclub on Friday night.