Did Erika Jayne Really Quit the RHOBH? She Finally Reveals If She’s Returning Next Season, Plus She Talks Teddi Mellencamp!

by Lindsay Cronin May 18, 2018 105 comments
ShareTweetWhatsappPinterestRedditTumblrMailFlipboard 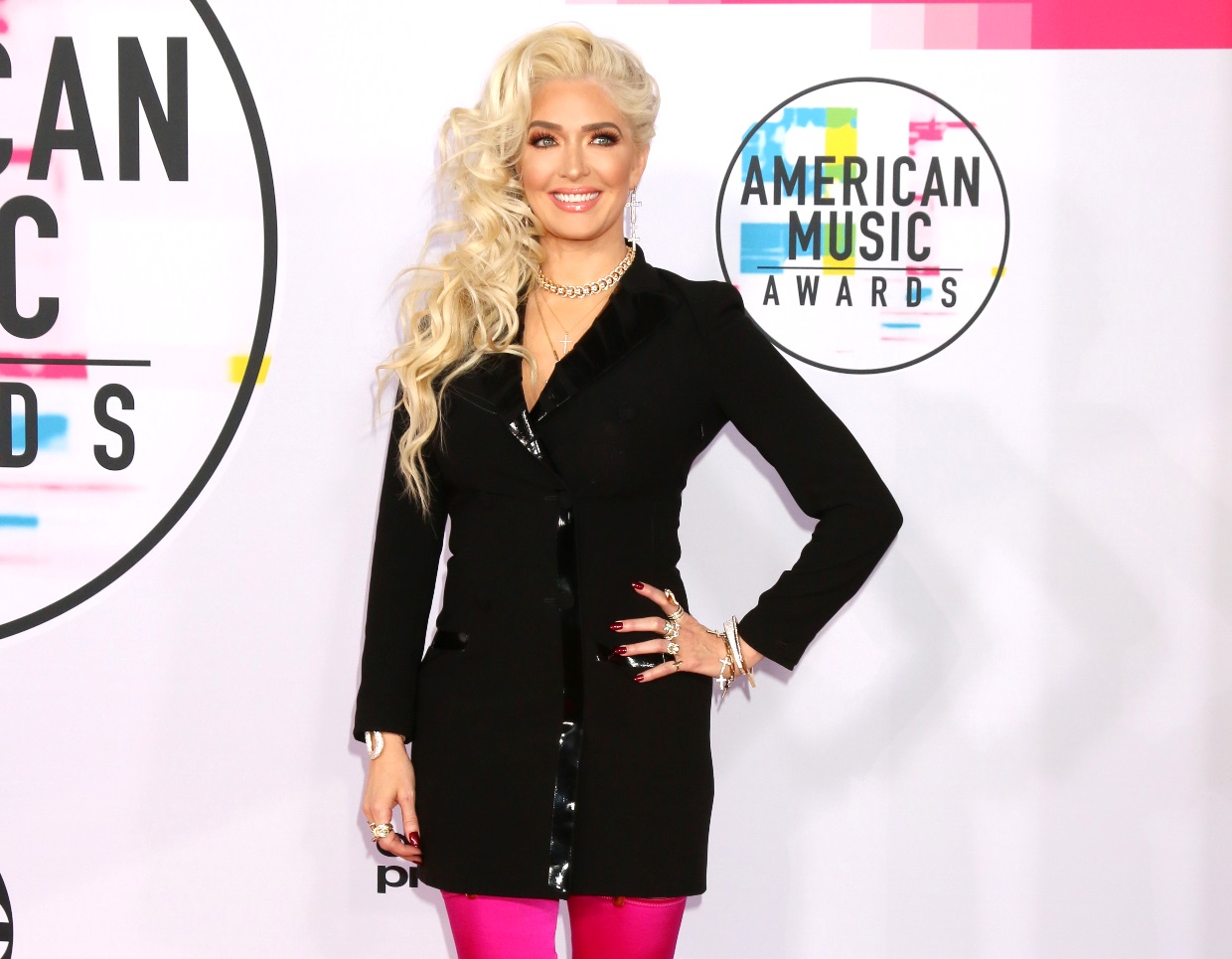 Erika Jayne appeared on today’s episode of The View and cleared up the ongoing rumors regarding her potential exit from The Real Housewives of Beverly Hills.

After sharing a photo on Instagram and telling fans that “Erika has left the building,” the singer/reality star spoke to the hosts of the talk show about her future with the series and explained the hysteria that ensued due to her social media post.

“I was channeling Elvis and everybody had a meltdown,” she said. “I mean, you know, let a girl live.”

When pressed by the hosts about whether or not she is leaving the show, Erika officially confirmed that she will be coming back to Bravo for the upcoming ninth season of the RHOBH.

“I’m not leaving,” she proclaimed.

As the interview continued, host Meghan McCain pointed out that both she and Erika have had issues with Erika’s co-star, Teddi Mellencamp Arroyave, in recent months. As fans may recall, Meghan and Teddi butted heads earlier this year after Meghan called Teddi “boring” during an appearance on Watch What Happens Live.

While Erika and Teddi had their differences during filming on season eight, Erika didn’t have anything bad to say about her co-star. In fact, she told Meghan that Teddi, like everyone, brings a specific and necessary vibe to the series.

“My friend Yolanda Hadid, who brought me onto the show, said it best, ‘Each woman fills a specific slot,'” Erika explained. “Everyone bonds with their favorite girl. Someone may like you, someone may like her. So there is enough for everyone. If everyone was the same, the show would be boring.”

As for Meghan, she stands by her “boring” assessment of Teddi, saying that she’s “not taking it back.”

TELL US – ARE YOU EXCITED ABOUT ERIKA’S RETURN NEXT SEASON?