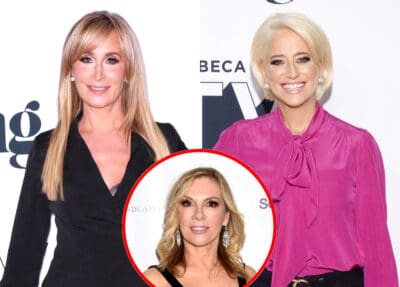 Sonja Morgan Reveals Dorinda Medley Was “Very Defensive” at RHONY Reunion Taping, Slams Ramona for Being on a “High Horse” and Explains Why Leah’s Behavior at Ramona’s Birthday Was “Worse” Than Hers 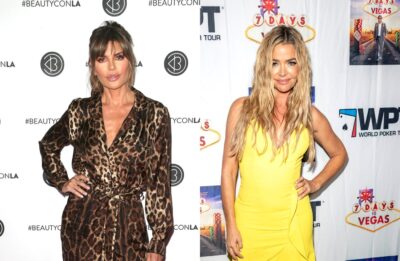 Lisa Rinna Asks if Denise Richards Was “Wasted” During Her RHOBH Confessionals, Plus She Responds to Backlash by Reminding Audience the Series is a TV Show 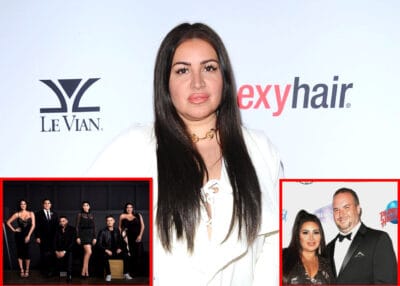 Mercedes “MJ” Javid Discusses Where She Stands With Reza, GG, and Destiney, Talks Shahs of Sunset Reunion and Shares Update on Her Marriage to Tommy 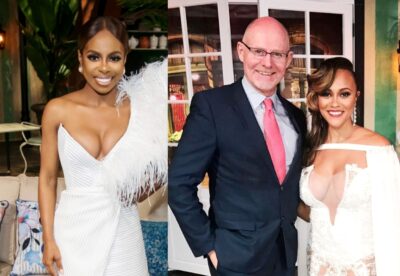 RHOP’s Candiace Dillard Shades Michael Darby Over Infidelity Allegations, Slams Ashley for Her “Foolish Drama,” and Weighs in on Fight With Monique, Plus Offers Update on Relationship With Mom 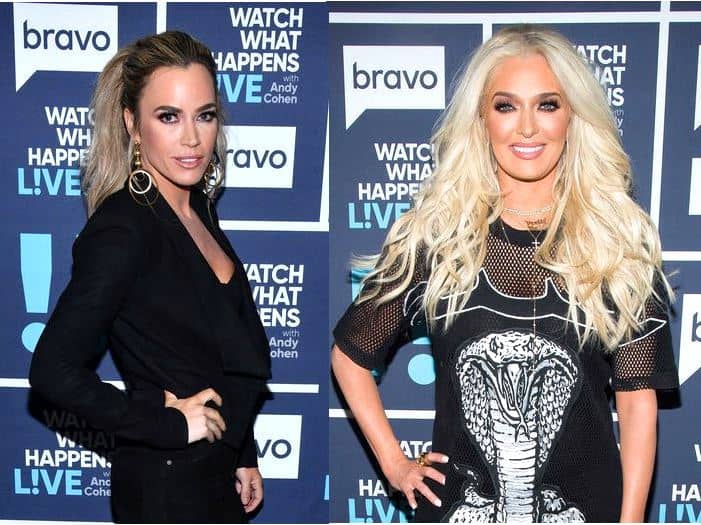 It doesn’t appear the feud between Real Housewives of Beverly Hills castmates Teddi Mellencamp and Erika Girardi will be ending anytime soon!

The drama between the ladies started a few episodes ago when Teddi accused Erika Jayne of pretending not to remember certain comments she had previously made. Erika in turn gave Teddi a vicious verbal lashing which led to Teddi leaving the restaurant in tears. Erika even called Teddi a “crybaby” and insisted that she truly didn’t remember the comments she previously made to Teddi. Erika did eventually apologize to Teddi at a later date.

So imagine the surprise when just two weeks later, during Tuesday’s episode of the RHOBH, Erika made a comment to Lisa Vanderpump about what a great memory she has as, unlike Lisa’s BFF Kyle Richards, she could remember the name of Lisa’s grandmother Nanny Kay.

Many viewers took notice’s of Erika’s bragging about never forgetting a thing and so did Teddi, who is now throwing some major shade at Erika in her latest blog.

“Lisa Vanderpump’s The Road to Yulin was heartbreaking and eye-opening. She did an amazing job.

Now, some notes to self that I wrote down while watching:

Well played Teddi. In other RHOBH news, Erika finally has some good news following a rather tough two weeks of press.

First, she got a TON of backlash from fans for how she treated Teddi, and then she was ambushed by animal rights activists during a book signing last week. You can see a video of that incident here.

Today, she finally has a reason to celebrate as her new book ‘Pretty Mess

Erika took to her Instagram page to share the exciting news. She wrote, “My pretties, we did it!!! #PrettyMess made it to the NY Times Best Sellers! I couldn’t have done it without each and every one of you?If you haven’t purchased your copy of #PrettyMess get it now.”

My pretties, we did it!!! #PrettyMess made it to the NY Times Best Sellers! I couldn’t have done it without each and every one of you💖If you haven’t purchased your copy of #PrettyMess get it now in the #LinkInBio

TELL US – THOUGHTS ON TEDDI’S SHADE? DID YOU READ ERIKA’S BOOK? IF SO, WHAT DID YOU THINK?