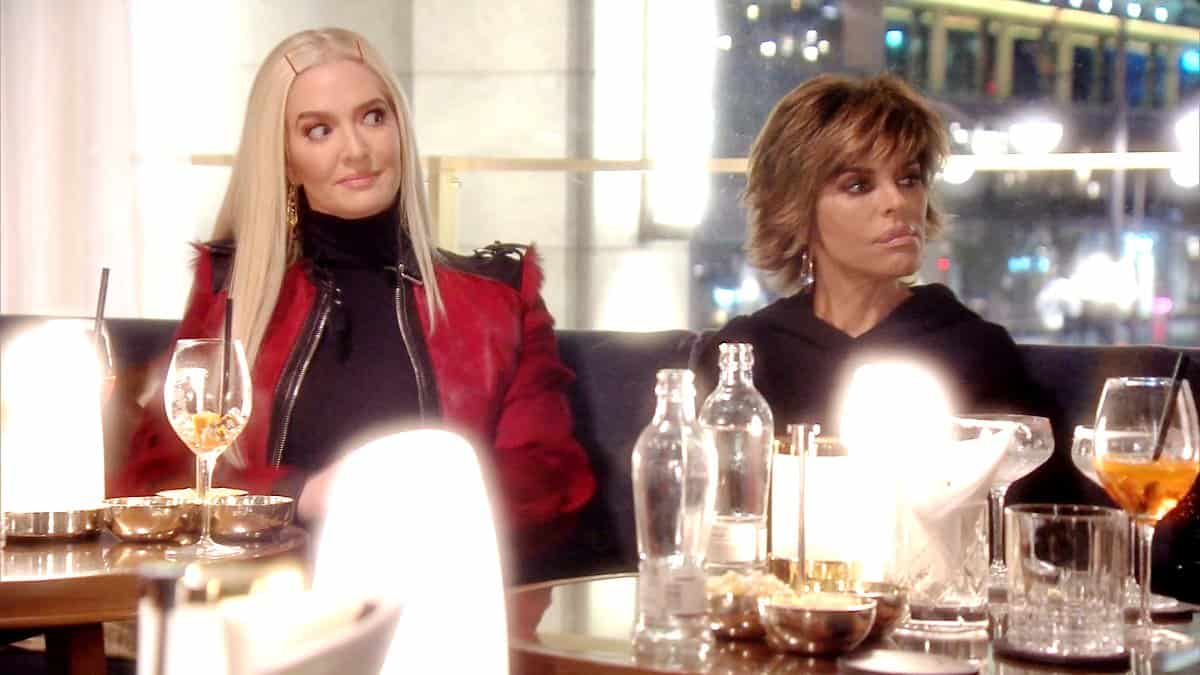 Buckle your seatbelts. Prepare yourselves. It’s another girls’ trip! This time, the Real Housewives of Beverly Hills crew preps to head to Berlin for some “Erika Jayne” business. Luckily, all the women can attend and no one needs Erika to call their “husbands and possibly give them all blow jobs” in order for them to attend. I mean, she offered??

Because renovations were too much for Kyle to handle, they’ve decided to up and move. Have you ever moved before?! I’d take renovations ANY day. It seems a little over the top, but alas, everything these women do is over the top. Portia, Kyle’s youngest daughter, is also over the top. And essentially a 45 year old woman at heart who hates to get rid of even the silliest things. She’s well on her way to becoming a real housewife…

Ken and LVP mourn the loss of their two dogs, Pink Dog and Pikachu. It is truly a rough thing to go through and my heart goes out to them both. To pour salt in the wound, LVP’s documentary, The Road to Youlin, is set to premiere. For those who do not know what Youlin is, do not Google it. Especially if you are a dog lover. Just know it involves dogs being killed and eaten. That’s enough.

Later, Erika invites Rinna and Dorit over. Obviously Dorit is late, but once she does finally arrive, Erika debuts her avatar for the Kardashian Game. It’s big doings. Rinna is clearly green with envy and she is totally going to create a Rinna Avatar for QVC.

Over at Teddi’s crib, Edwin lets Teddi know that he can handle the kids and their activities while Teddi travels to Berlin. Her to-do list is “extensive” and it seems to me that either her husband is a moron or she is a total control freak. Edwin accidentally lets it slip that he can take over “mom duties” so he doesn’t have to work anymore, like Teddi. Um. Excuse me. Do the words “accountability coach” mean nothing to you?! Teddi allows him to slide and instead shares her fears about traveling with these women. Between the Erika and Dorit drama, I would totally opt out of this trip. Who really wants to go to Berlin anyway?

The showing of LVP’s documentary is weighing extremely heavy on her mind. As she gets ready for the Yulin premiere, Dorit rings her and does her very best to upset LVP repeatedly by bringing up the recent death of her two dogs. Dorit needs to learn social cues.

She also needs to learn the art of owning a business. “I’ve decided to celebrate the launch of Beverly Beach and have a fashion show!” Dorit only has three weeks to put on this thong show, I mean fashion show, and on top of that, she lets her team know that she is going away to Berlin. But never fear. She “feels the creativity burning inside of her,” yet doesn’t even have a location picked out for the show. You can totally see the designers “oh sh*t” faces.

The step and repeat is set up. The snacks are flowing. And the ladies roll into the theater for the premiere of LVP’s documentary. Everyone is (in)appropriately dressed and ready for the film. The Road to Youlin displays horrific footage and states that “the majority of these dogs are stolen pets.” It’s a super heavy segment and I am cry-writing with pride when LVP saves some dogs that were set to be killed. Leave it to these ladies to lighten the mood once the wine gets flowing. LVP states that she is incredibly lucky to be married to Ken, a man who has the same beliefs she does…although she wouldn’t mind staying married to him, but be given the opportunity to “shag another man.” I can’t actually tell if she’s joking or not. In the meantime, Erika sneaks in one very important detail. Member that business meeting she had? Ya know, the reason everyone was traveling to Berlin? Yea…Erika shares “my business meeting got moved to LA, go figure.” Never fear! These ladies are still planning on going to Berlin! “I could not miss a girls’ trip!”

Ready. Set. Pack. According to Erika, “there’s a certain edge in Berlin.” Therefore, Erika is packing costumes upon costumes, including a red latex outfit, ala Britney Spears. It’s amazing. Also amazing is the women attempting to speak German. I can’t wait to watch them try to communicate in Berlin and have people look at them like the idiots that they are.

The amount of luggage these women have is absurd. The girls hop into a van and their luggage, I would have to imagine, gets delivered to the hotel via 18-wheeler. Whilst in the van, Dorit shares how she got “violently ill” on the plane ride. Thank the Lord for Rinna, the traveling pharmacist, for hooking a sister up with some anti-nausea medicine. Who’s laughing now, Dorit?

Erika gets taken to the Presidential Suite at the Waldorf Astoria and each of the women are whisked away to their personal suites. Dorit claims she has the flu and so the hotel medic pays her a visit. It appears as though, according to the medic, the dope took two medicines at the same time…that would explain her puke fest on the plane. I can’t. Dorit FaceTimes LVP and lets her know that she will not be meeting up for drinks due to her medicinal overdose.

The other ladies roll up to the hotel bar, while Erika preps her “looks” for the rest of the trip. This lady is the most self-important woman ever invented, but you all know I do love me some Mikey. I sure wish he got his hands on Kyle before she went out in public wearing her Madonna gloves.
It’s been going too well. Everyone has been getting along. And then wham. Kyle and her terrible memory sets LVP off. When LVP mentions “Nanny Kay, my grandmother” and Kyle stupidly asks who Nanny Kay is, LVP loses it. It doesn’t help that Erika can spit out fact after fact about LVP.

Either Erika read LVP’s biography, or she “listens when people talk.” Either way, LVP won’t let it go with Kyle, because these ladies thrive on drama. You can cut the tension with a knife. It’s too bad Dorit is not there to jump to LVP’s aid. She TOTALLY would be LVP’s favorite friend in this scenario.

TELL US – THOUGHTS ON THE LATEST RHOBH EPISODE?