RHOBH Star Teddi Mellencamp Blasts Erika Jayne For Shady Tweet Calling On Her To Be Fired By Bravo! 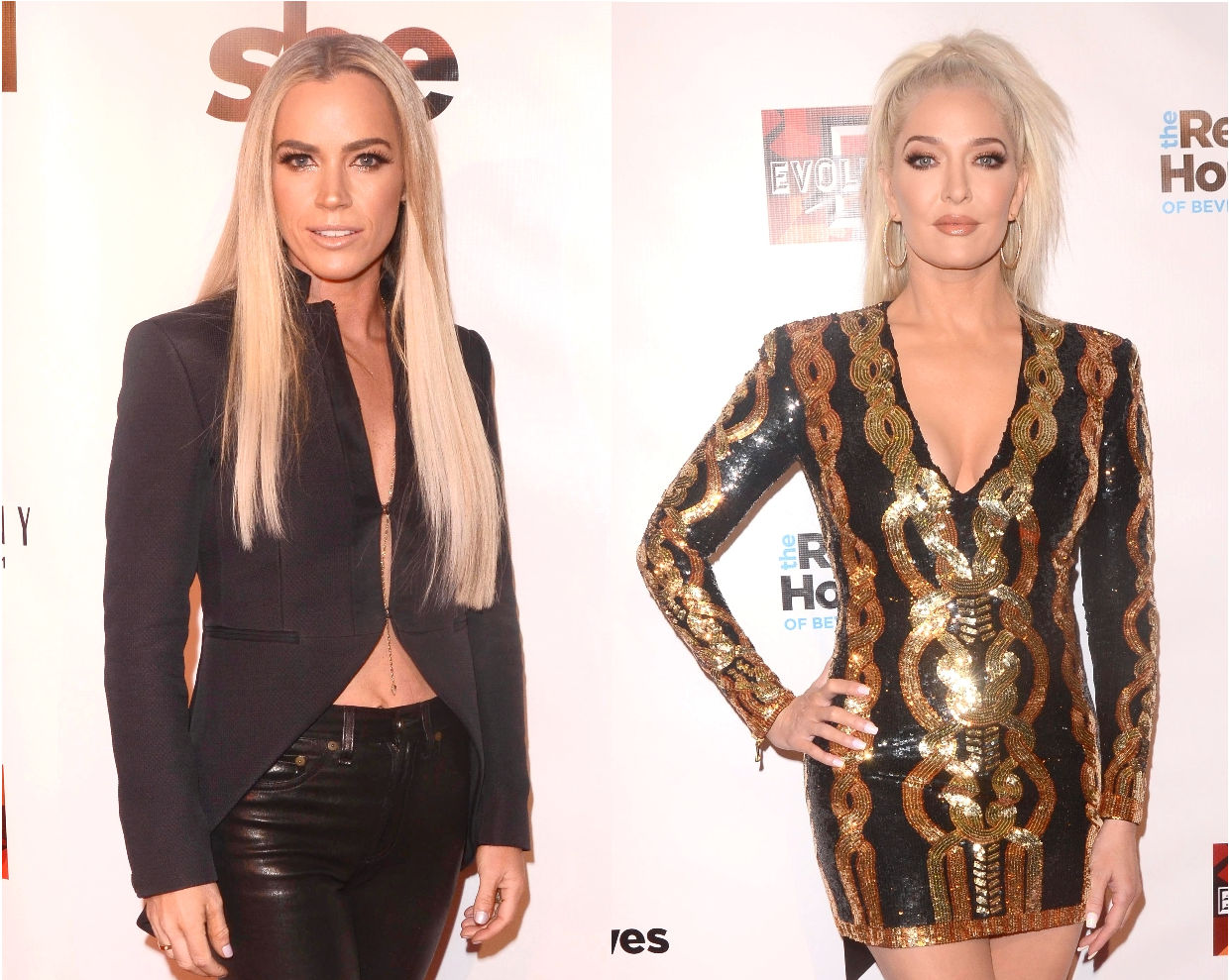 Does Erika Girardi want Teddi Mellencamp Arroyave fired from the The Real Housewives of Beverly Hills?

The two ladies went head to head during last week’s episode of the show and this week, they were forced to come face-to-face yet again.

After attending a conference for women’s empowerment, Erika Jayne met up with Teddi and her co-stars at Kyle Richards‘ home but chose to ignore her presence until Teddi sat down right beside her at dinner. At that point, Kyle suggested the two ladies put their differences aside and quickly, Erika offered Teddi an unexpected apology.

“I would like to apologize for me losing my temper with you. It’s not something I like to do,” Erika began. “However, pretend amnesia is different from amnesia. That’s all I’m going to say but we can discuss that, you and I privately, at another time.”

Although Erika’s apology appeared genuine at the time, Teddi wondered if she and Erika were moving forward only out of convenience for their other friends.

In her Bravo blog after the episode, Teddi said that while she is “grateful” for Erika’s words she is a bit confused about her supposed desire to empower women.

“I am accepting of and grateful for Erika’s apology and am willing to move on and be cordial in return,” she wrote, “but what I don’t understand is how you can be preaching women empowerment and saying we should build each other up but then liking tweets such as this:” 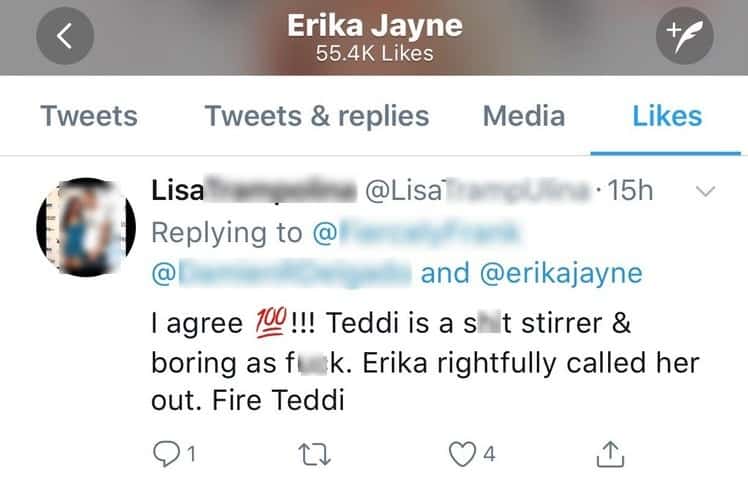 “You can be shady all you want (as I know I can be), but co-signing that you wish another woman would lose her job doesn’t scream ‘you go, girl!’ in quite a positive way,” Teddi wrote after reading the Twitter post above.

After Tuesday night’s episode of the RHOBH, Erika appeared alongside RuPaul on Watch What Happens Live, where she was questioned about her potential habit of hating on the new cast members of the show.

As fans of the series will recall, Erika didn’t get along with Dorit Kemsley when she joined the show for season seven and now, after Teddi was brought to the show for season eight, Erika is at odds with her. That said, Erika refused to admit to targeting the newbies as the caller alleged — and claimed it was actually the other way around.

“The new girls have a habit of not liking me,” Erika told a curious caller. “That has nothing to do with me.”

TELL US – THOUGHTS ON TEDDI’S BLOG? DO YOU THINK ERIKA WANTS HER FIRED?