Home Real Housewives of Beverly Hills News Teddi Mellencamp Reveals How She Really Feels About Erika Jayne After the Reunion, and Did Erika Hint at Quitting RHOBH?

Teddi Mellencamp Reveals How She Really Feels About Erika Jayne After the Reunion, and Did Erika Hint at Quitting RHOBH?

by Lindsay Cronin May 11, 2018 42 comments
ShareTweetWhatsappPinterestRedditTumblrMailFlipboard 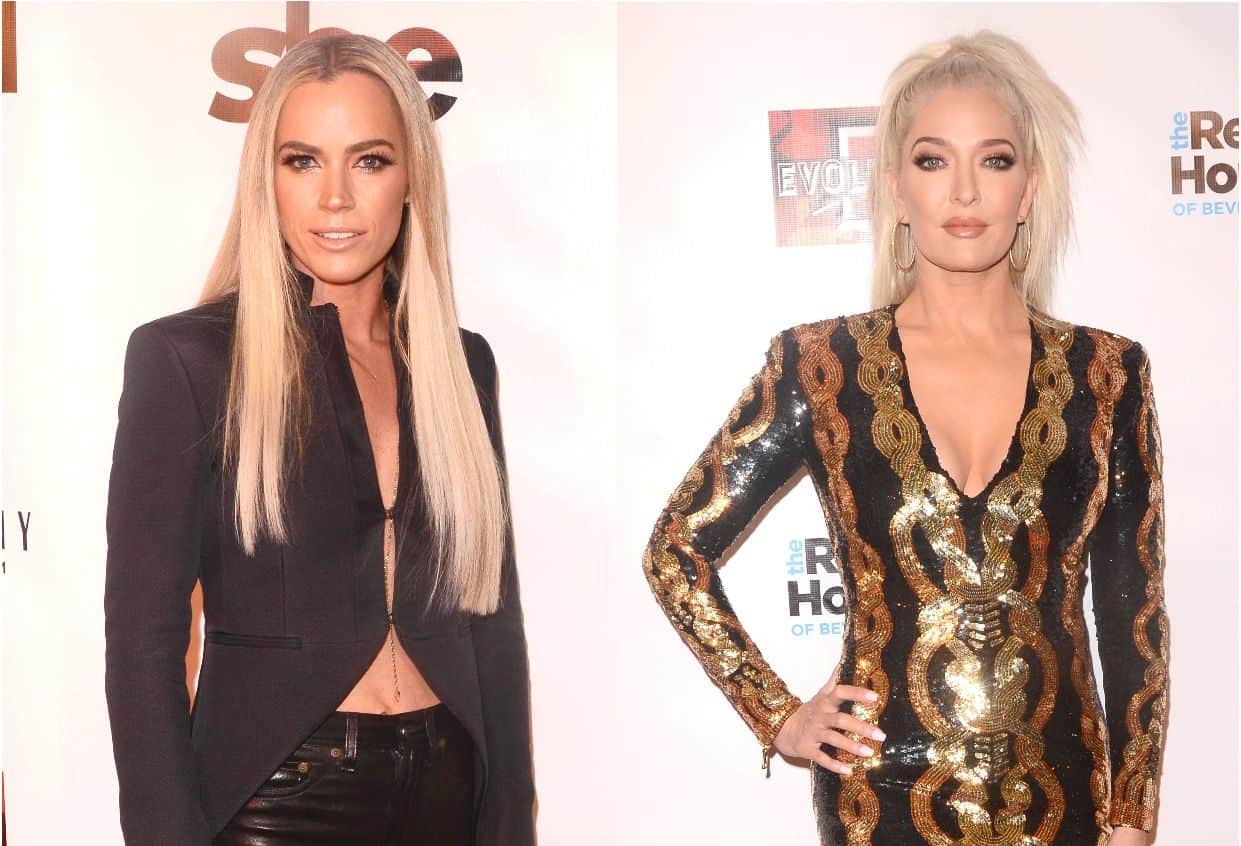 Teddi Mellencamp had quite the feud this season with her castmate Erika Jayne on The Real Housewives of Beverly Hills.  And during the recent reunion, the two ladies hashed it out with Erika telling Teddi to “raise up or get the f-ck out!”

So how does Teddi feel about Erika following the dramatic taping of the three-part reunion special?  Well, she opens up about just that in her latest blog. Plus, Erika appears to have dropped a major hint about her future on the show.

Teddi, who was forced to face-off with Erika Girardi and Dorit Kemsley at the reunion after weeks of feuding on the show, first told her fans and followers that she completely understands why filming the reunion is so necessary.

“It really opens up the conversation to a place where it needs to go,” she wrote.

Throughout season eight, Teddi and Erika butted heads over the tone in which Erika chose to speak to Teddi and Teddi’s infamous comment about Erika’s supposed ‘temporary amnesia.’

“Regarding Erika recalling Dorit ‘hammering’ me all season, the reason my reactions weren’t the same than with Erika is because the tone was very different,” Teddi explained. “The only other thing that left me scratching at my extensions is that Erika freely admits that she’s an —hole yet tries to put my reactions to her as something wrong with me. But we end on a good note, and I’m looking forward to what the future may hold there.”

Despite her tense moments on-screen with her co-stars, Teddi enjoyed her first season with the show and said she did her best to keep her fans in the loop with how she was feeling from week to week in her blog.

“I don’t regret anything that I wrote here this season,” Teddi wrote. “I tried my best to use these blogs as a cathartic way to get across how I was feeling in the moment as well as when watching the episodes back, and I like to think I did that with a lot of humor, no matter how shady they may have been.”

In other Real Housewives of Beverly Hills news, rumors have been swirling in recent weeks in regard to Erika’s possible exit from the show and on Tuesday, she seemingly fueled those rumors on Instagram.

In the caption of the photo above, which was shared as the eighth season came to an end, Erika revealed she has “left the building.”

Rumors of Erika leaving The Real Housewives of Beverly Hills after season eight began on Twitter at the end of last month after the tweet below was shared.

A source later revealed that Erika had indeed been threatening to quit the show following her toughest season yet. With the season over now, fans of the show are waiting to see if she will announce her exit.