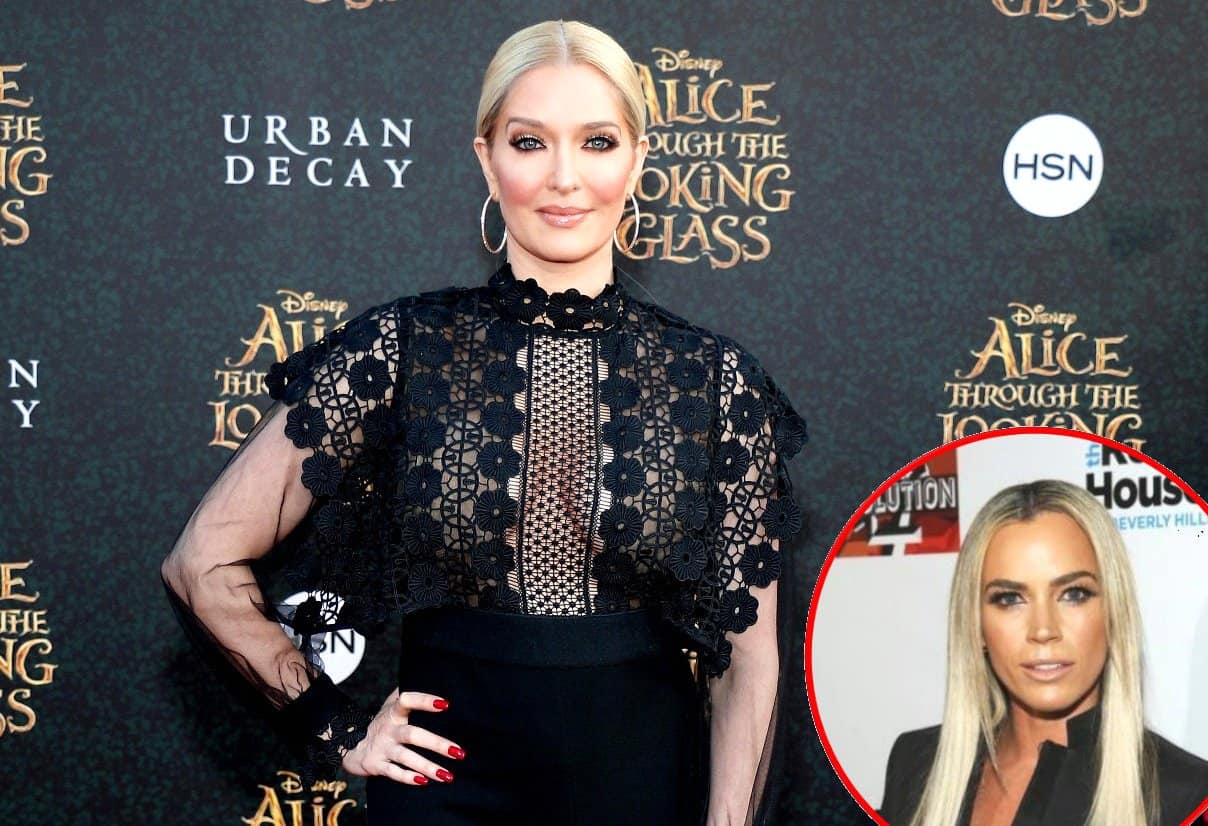 Erika Girardi has been on the receiving end of a ton of backlash from fans following her angry verbal attack against Real Housewives of Beverly Hills newbie Teddi Mellencamp last week.

And in true typical reality star fashion, Erika Jayne is now blaming how badly she came off on editing, you know, rather than just owning it and apologizing for it! Well in Erika’s defense, she did apologize on this week’s episode, but the taking ownership part is a whole different story based on a new interview Erika just did.

During an interview on SiriusXM’s “Inner Circle” with Jenny McCarthy on Thursday, March 22, Erika dished on her drama with Teddi.

First, Erika claimed there was more to the story when it came to her angry outburst towards Teddi at the restaurant. She stated that the RHOBH producers left a comment Teddi made on the cutting room floor.

“At the table with Teddi, she said you have pretend amnesia and you’re a flip-flopper. You didn’t hear the word flip-flopper did you? There you go. Perhaps that’s why you see why I was a little bit more angry than what you saw,” Erika explained.

“I’m not aggressive. If that’s aggressive, that’s a one sentence in New York City. That is nothing on Atlanta. But here, Like I’m aggressive? No babe, no,” she added.

Erika, 46, also took a shot at Teddi by stating perhaps the reason they don’t get along is because she does NOT need an accountability coach.

“I don’t really need [an accountability coach] and I don’t really want one. That’s okay. You do that for you but please don’t do that over here when I’m more than willing to say I made a mistake,” said Erika. “I have to be true to myself and I don’t regret anything I’ve done. I stuck up for myself.”

Erika insisted once again that she’s not a mean person despite being tough.

“I’m not a fighter either but I can turn into one,” she said. “I dislike that part of my personality because it takes a lot for me to get there, and once I’m there, it’s just not pretty.”

And is there a softer side to Erika despite her tough exterior? That answer is yes according to her.

“I like to show [my vulnerable side] with friends that care. Not with adversaries and I don’t like to be pushed to that point,” she said.  “There’s the show you make and there’s the show you watch, which is very different. Very different. I’ve learned that I’m really okay. I’m okay. I can survive. I’m good. I like who I am. I don’t always like how I react to things but I’m okay.”

As for Teddi, she didn’t hold back in her blog last week when she compared Erika to a mean girl and stated that Erika only likes people who fawn over her 24/7.

TELL US – THOUGHTS ON ERIKA’S INTERVIEW? DO YOU BELIEVE HER CLAIMS THAT EDITING MADE HER LOOK WORSE?