Real Housewives of Beverly Hills Recap: Not Another Psychic! 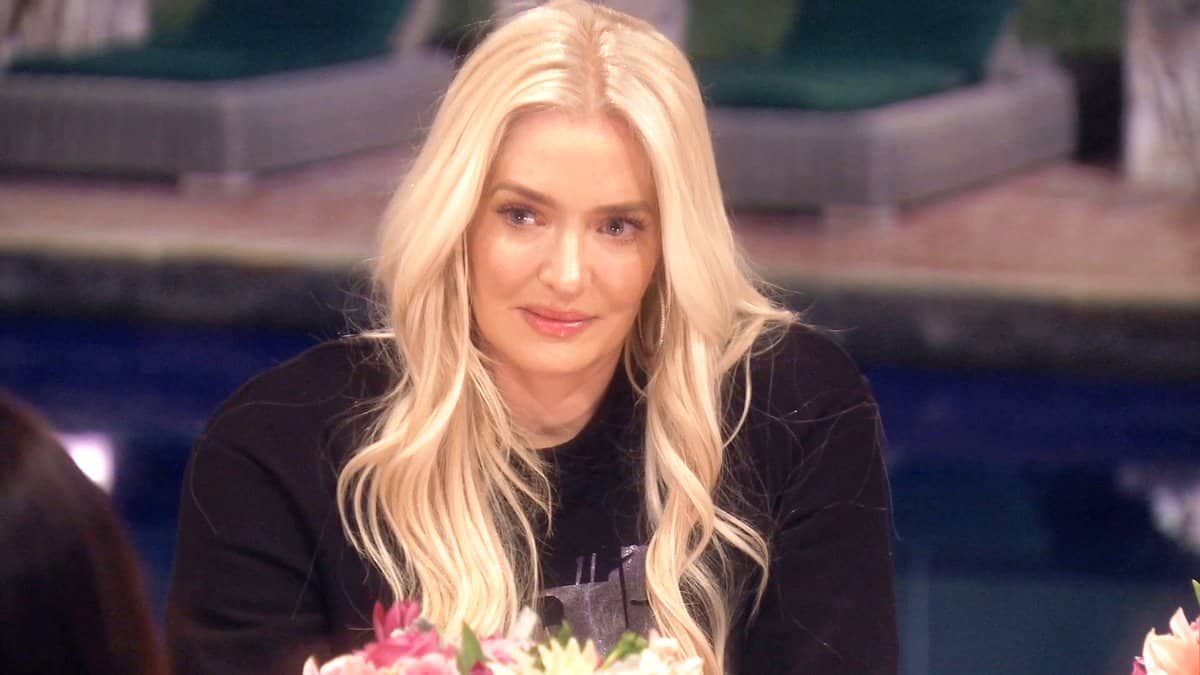 We viewers get a snippet of life as a “real”housewife. Dorit attempts to be hands on, Teddi and her daughter get a strange facial, and Erika has some dog expert come to examine her dog’s feces. Just another day for the Real Housewives of Beverly Hills.

For reasons we will never know or understand, Teddi takes the high road and calls Dorit (and her fanny pack) to apologize. Dorit rolls her eyes when she sees Teddi on her caller id and hardly accepts Teddi’s heartfelt apology. Dorit demands to know why Teddi is choosing not to apologize to her in front of the other women. Dorit also states that just because Teddi “waffles a sorry little apology,” she is “wrong to think everything’s gonna be ok.” Dorit’s one cold b*tch. Teddi simply wants a person to say I ACCEPT YOUR APOLOGY and it be over with, but the newbie doesn’t know the ways of these women.

What is with the #returnofthefannypacks?! I don’t care HOW much they cost, a fanny pack should never come back into style…I’m talking to you, Kyle. Over lunch, Teddi fills Kyle is on what occurred once Kyle bounced for “Hamilton.” Teddi also does a SPOT on impression of Erika and her bizarro angry voice. We all know that Erika, the alien, will not apologize as she is just trying her darndest to intimidate Teddi. Kyle takes in the info and silently thanks God she did not catch the wrath of Erika.

LVP calls in the midst of Teddi and Kyle’s lunch with some sad news. LVP’s Pink Dog had a heart attack and died. I am a dog owner and I know how awful it is to lose a dog unexpectedly. I think this may be the first time I have ever heard LVP cry and I don’t blame her one bit.

Later, Lois is in the house, ya’ll! Lois is Rinna’s 89 year old mom and she is so entertaining. Add her to the show and remove Dorit from the cast…IMMEDIATELY. Lois loves Oregon and she has zero intention of ever moving to LA. Despite Lois’ stroke 2 ½ years ago, the lady’s still got it and is adorable.

Mikey, Erika’s creative director, aka my favorite cast member, fills Erika in on her event ,“Girl Cult.” Apparently, it’s a whole lotta “boss b*tches” talking to younger women about how you “have a chance, a voice, and possibilities.” Erika shows off her ever appropriate outfit for the event: a cat suit and an embroidered denim jacket which states: forgive me Father, for I have sinned. Like. Where does she shop?!

Unfortunately for Lois, she is getting a chance to meet all of the ladies…ladies- a term I use loosely as these “humans” do not behave like ladies once they are all together. We brace for the inevitable fight and hope that Lois does not get stuck in the cross fire…although something tells me Lois will not take anybody’s anything. She glazes over as Dorit rambles on and on and on about her super cool swimwear line and I am pretty sure I caught her dozing a few times.

As more and more of the women fill in, Lois begins to open up to them about her past. Erika is missing out on the action, which means Teddi can actually start breathing again and LVP is home mourning the loss of Pink Dog. It is so very sad to see Ken stand over Pink Dog’s tombstone and LVP tries her hardest to be the rock. Ken blames himself for Pink Dog’s death and if you don’t feel a twang of emotion, then you don’t have a heart. Let’s all just hope that Rinna saves a duster for LVP as she gifts everyone else a duster from the Lisa Rinna Collection…shameless plug much?

Meanwhile, Erika preps for her “Girl Cult” moment. She seems HYPER hypocritical, as she talks about how “we as women have to lift each other up” considering the fact that she tore Teddi down hardcore. She talks about how she stays “out of the drama,” but the reality of it is that she put herself right smack in the middle of all the drama. I’m calling you out Erika. Something more people should do more often.

Ah yes. The séance party to be held at Kyle’s abode. As Kyle runs around making sure that all is set for the spirits, Teddi meets at LVP’s house prior to the event. Poor LVP shares with Teddi that ANOTHER of her dogs have passed away. It’s the saddest, but it does seem fitting that she is going to a party where she may speak to the dead. Fingers crossed Pink Dog comes through.

Dorit is dressed as Edward Scissorhands and frankly, I am a little upset she is not wearing her Rinna duster. I mean, how rude!? Once all of the ladies have arrived, it’s time for the party to really get started. Rebecca, the séance leader, has her hands full with this crowd. I feel like dead people are much easier to control. Rebecca shares that “heaven knows my phone number” and she also calls God “Papa God.” WHAAAAAAAAT. LVP “can’t even get bloody Neiman Marcus on the phone.” LVP also takes a stab at Erika. She is irked that Erika has not reached out to her when her dogs died. I love this transparency LVP is pressuring upon her.

Erika is naturally seated next to Teddi to add to the weirdness and the awkwardness. I mean, according to Rebecca, Rinna’s father “Frances” is there at the table and post dinner, they attempt to call heaven. Things get really funky when John Lennon is chilling next to Dorit and Kyle’s mom wants to be portrayed “true to her nature.” Insert eye roll here. Rebecca, the psychic, shocks the naysayer LVP when she talks about the dead dogs and even calls out Erika for having the “gift,” too. Erika shares her past life story as a Spanish Prince and it is all becoming too much. Particularly when Rebecca turns her attention to Teddi. A young female has been “waiting to talk to” Teddi and the young girl actually was a friend Teddi lost in the 6th grade. Sh*ts getting weird.

TELL US – THOUGHTS ON THE LATEST RHOBH EPISODE? ARE YOU SURPRISED ERIKA APOLOGIZED? DO YOU BELIEVE THE MEDIUM WAS LEGIT?