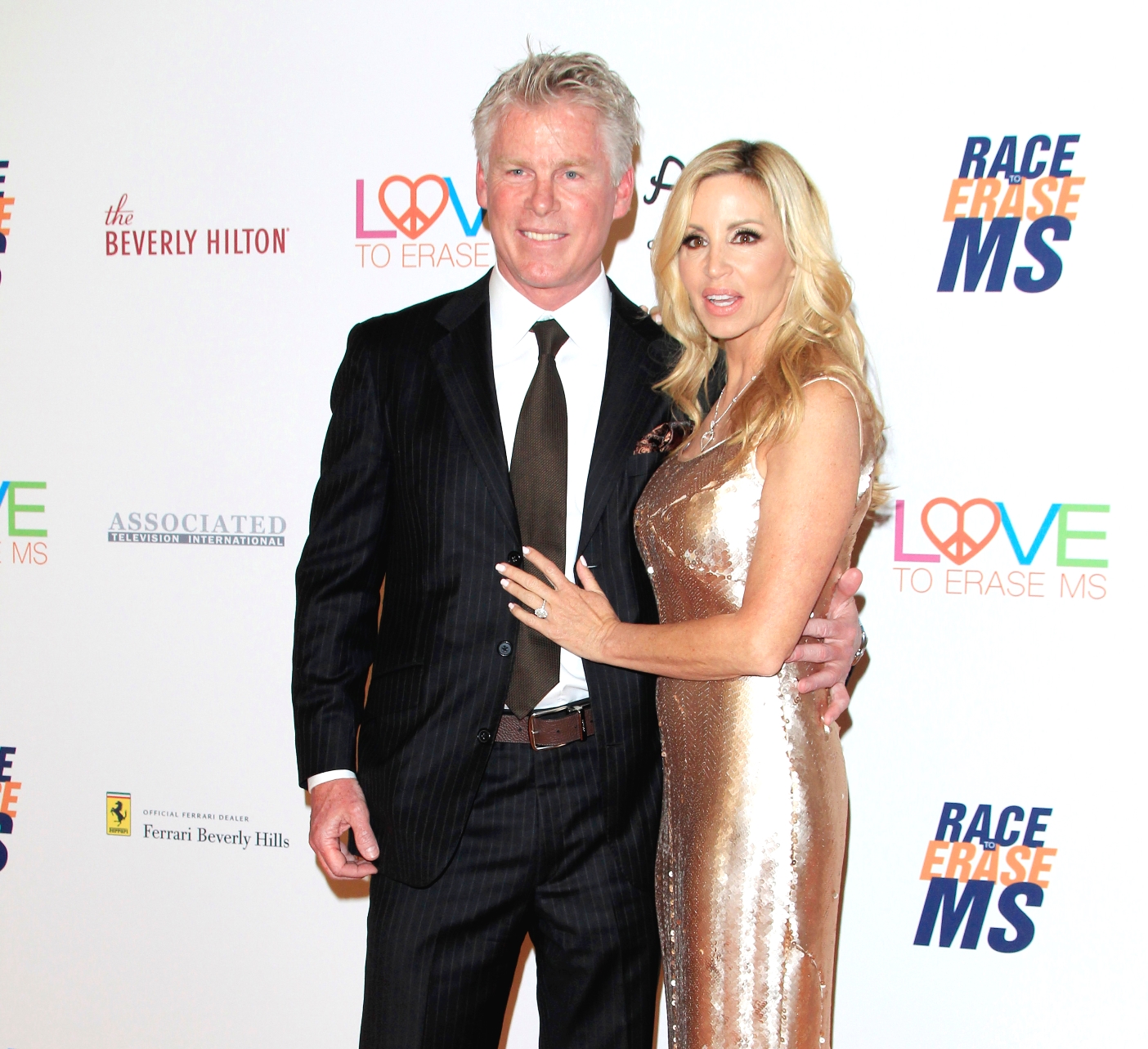 Camille Grammer married David C. Meyer in Hawaii on Saturday surrounded by friends, family, and, of course, a number of members of The Real Housewives of Beverly Hills cast.

“Here’s to new beginnings,” Camille wrote in the caption of her official wedding photo on Sunday.

She also shared another photo of herself and David sharing a kiss. 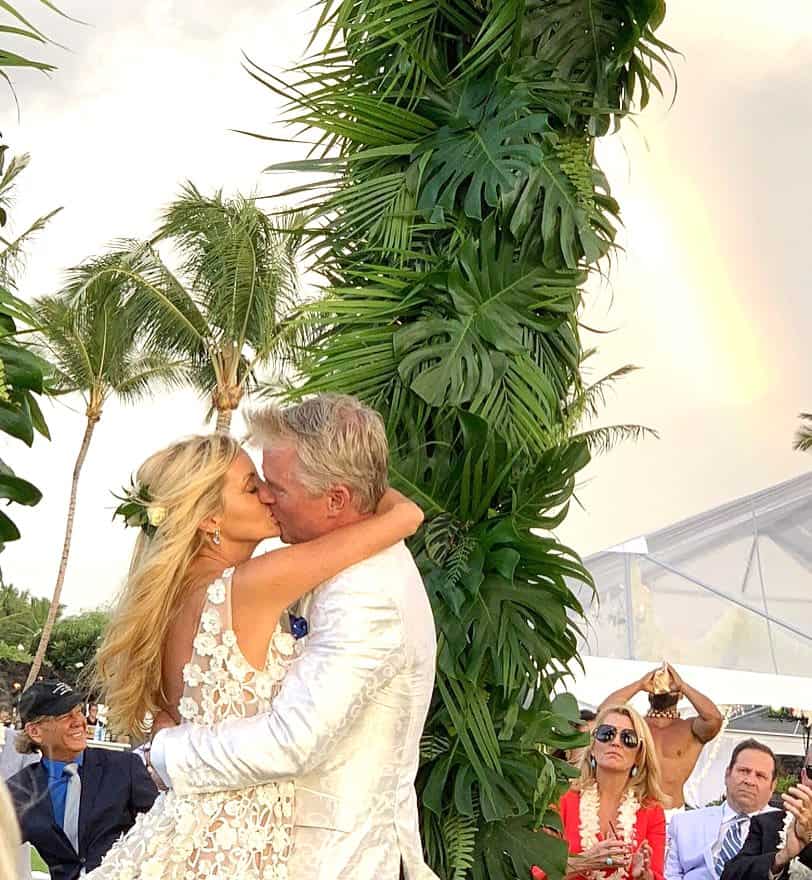 Camille Grammer and David C. Meyer share a kiss on their wedding day

Throughout Saturday, a number of Camille’s co-stars, including her bridesmaid Kyle Richards, posted images from the wedding on Instagram.

“Such a beautiful bride [Camille] thank you for including us in such a special day and for the honor of being a bridesmaid. Mauricio and I are so happy for you and David and excited for you both to start this new chapter in your lives,” Kyle wrote in the caption of a photo of herself and Camille.

As for the whereabouts of the rest of the cast, Denise Richards was busy filming a new movie and Erika Jayne was on tour. Meanwhile, Lisa Vanderpump reportedly decided not to attend the wedding.

“She’s going through a lot right now,” a source told PEOPLE. “It’s not been the best time for her.”

According to the report, the death of Lisa’s brother Mark Vanderpump “took a toll” on her.

“Lisa’s choosing not to film during any of the group activities,” said the source. “Lisa doesn’t want to be around the women as a group, so she’s getting less filming time. But nobody has quit. She’s definitely still on the show.”

In a statement to the magazine, Camille said she “understands” why Lisa didn’t attend her ceremony.

“I respect her decision,” she explained. “Lisa was very apologetic about it.”

“She encouraged me to take a leap of faith on this journey. She really did,” Camille added. “She told me, ‘You’ve got to take a leap!’”

The Real Housewives of Beverly Hills will return to Bravo TV later this year for season nine.