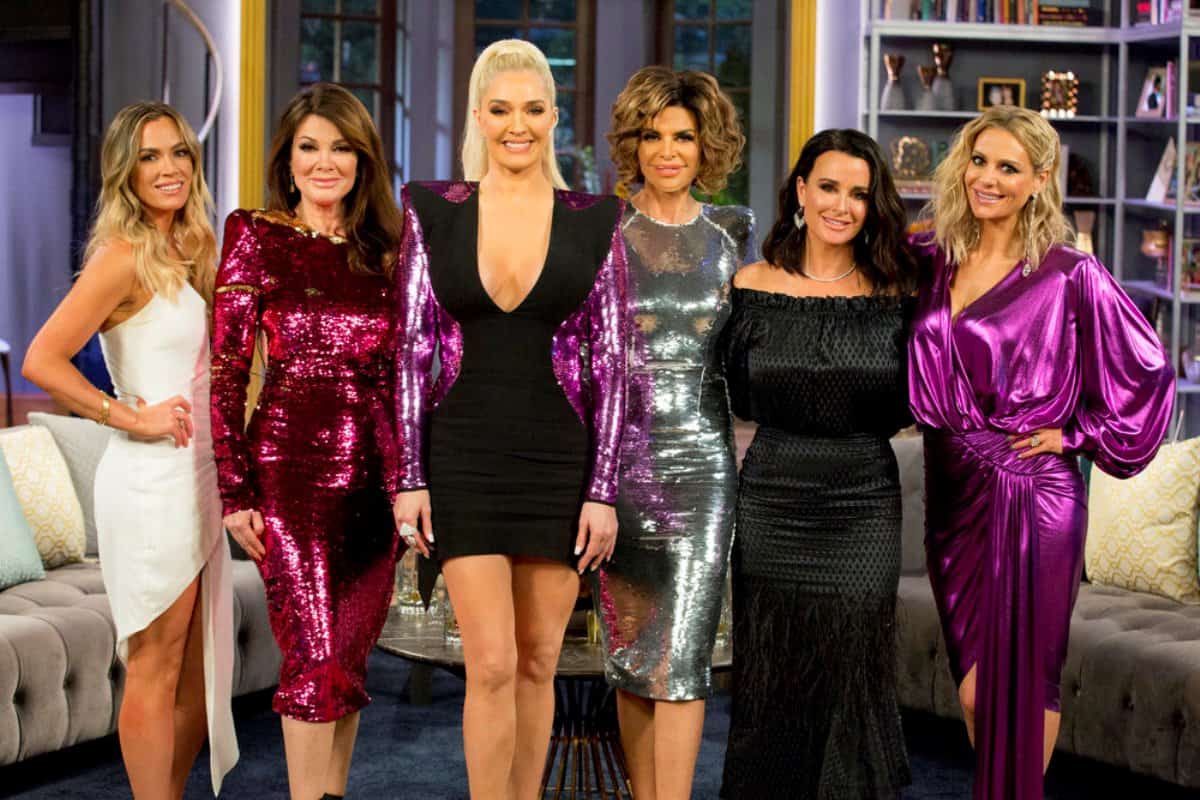 The Real Housewives of Beverly Hills began filming season nine last month and over the weekend, three of the ‘wives of season nine were photographed filming a scene.

In a photo shared online, Dorit Kemsley and Erika Girardi were seen enjoying a lunch date at a West Hollywood restaurant with Lisa Rinna as Bravo cameras captured footage of their conversation.

Days prior, Lisa Vanderpump was spotted at her West Hollywood restaurant Pump Lounge with her co-star Dorit. While no cameras were seen at the time, the women were gracious to fans and posed for the photo below.

Although it is unclear whether or not Camille will be featured in a full-time or part-time role, she was seen welcoming Kyle and recurring star Faye Resnick to her Malibu beach house at the end of last month.

Kyle has also been seen spending time with Teddi amid filming on The Real Housewives of Beverly Hills season nine.

So, from what we have gathered, it appears there will be no major cast shake up. The cast is essentially the same as last season with the addition of actress Denise Richards.

TELL US – THOUGHTS ON THE RHOBH SEASON 9 CAST? YAY? NAY?