REPORT: RHOBH Producers are ‘Begging’ Lisa Vanderpump to Attend Camille Grammer’s Wedding In Hawaii With the Rest of the Cast 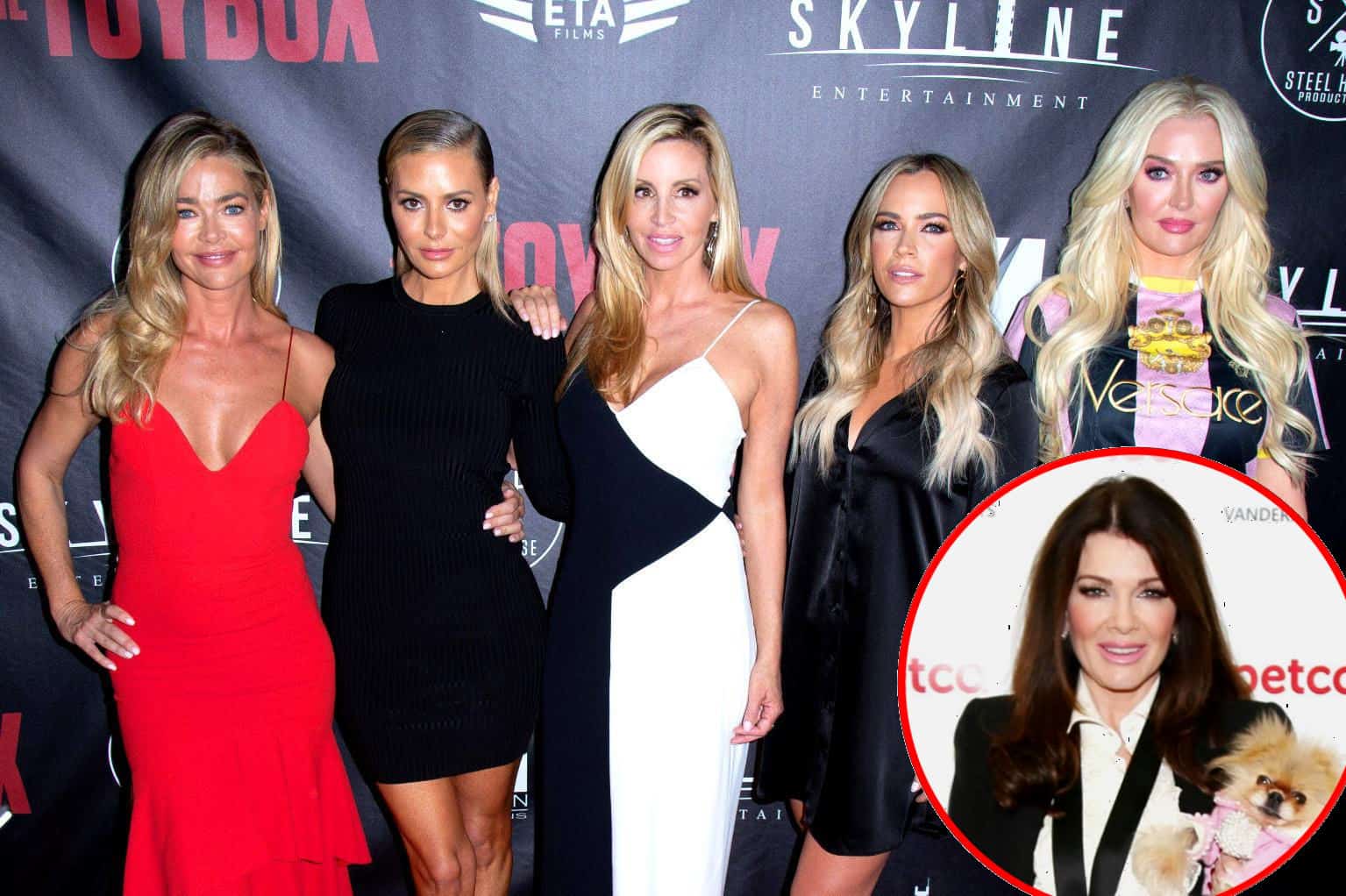 Producers of The Real Housewives of Beverly Hills don’t want to see Lisa Vanderpump skip out on yet another important cast event and are hoping to convince her to attend Camille Grammer‘s upcoming wedding in Hawaii.

As Camille prepares to wed David C. Meyer on Saturday, October 20, a report claims producers are putting pressure on Lisa, who is believed to be estranged from her co-stars, aside from newbie Denise Richards.

“Camille’s wedding is this weekend in Hawaii and everyone’s confirmed except for Lisa which has all of the other ladies very annoyed,” a source told Hollywood Life on October 15. “They think she is acting entitled by not showing up to things.”

“Production is begging Lisa to attend, but Lisa is keeping everyone waiting, creating extra drama and tension,” the insider continued. “She and Camille have known each other for quite some time now so it makes sense that she should go, however because she is refusing to work with the other ladies no one know what Lisa will do. Nobody knows if she’s going to show, putting everyone on pins and needles about what is going to happen.”

In recent weeks, Lisa has skipped out on a number of important events with her co-stars, including Camille’s bridal shower in September and a girls bus trip earlier this month.

More recently, Lisa was missing as the women of the show attended Erika Girardi’s The Pretty Mess Tour concert in Los Angeles.

“She dissed the girls by bailing on filming at Erika Jayne’s concert in LA last night as Lisa [Rinna], Dorit [Kemsley], Kyle [Richards] and Teddi [Mellencamp] all came out to support their fellow housewife,” the insider revealed. “They seemed to all be getting along great, smiling and laughing and cheering Erika on from the balcony with all of their husbands except Harry Hamlin in tow. All of the drama is around Lisa this season. She’s still refusing to film with the other ladies except for Denise [Richards].”

As for why Lisa doesn’t want to participate in production, the source said she’s sick of having to defend herself against her co-stars but isn’t ready to walk away for the show completely.

“She feels attacked which makes her feel hesitant to attend the tapings,” the insider explained. “She has built the show and so it is hard for her and she’s been friends with these women for years. She loves RHOBH and wants to be a big part of the show. She knows that she helps make the show what it is.”

The Real Housewives of Beverly Hills season nine is expected to return to Bravo TV later this year.