Lisa Rinna Implies Lisa Vanderpump is a ‘Liar’ and a ‘Narcissist’ as Andy Cohen Shares His Thoughts on Lisa Attending the Reunion, Plus RHOBH Live Viewing Thread!

by Lindsay Cronin May 21, 2019 822 comments
ShareTweetWhatsappPinterestRedditTumblrMailFlipboard 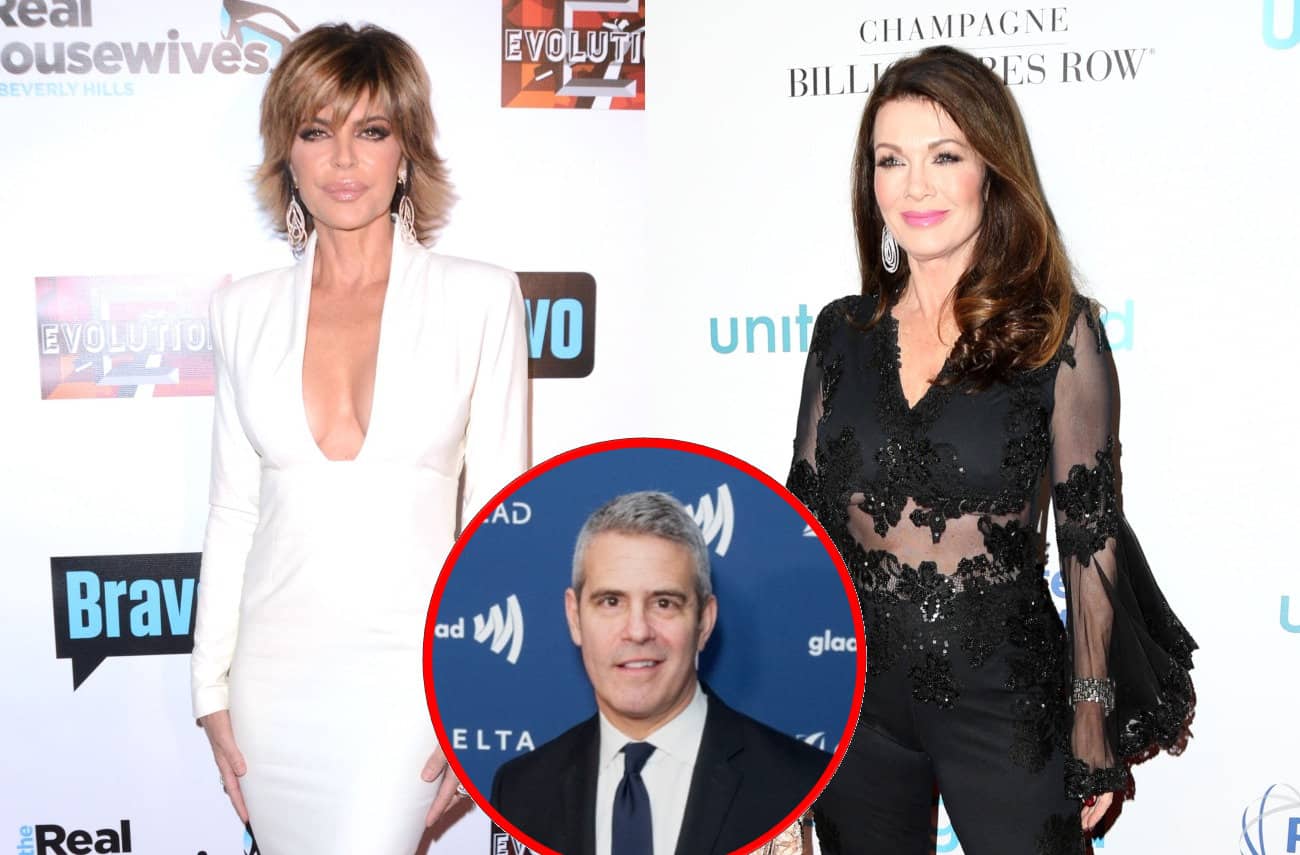 Earlier today, Rinna took to her Instagram page where she strongly implied Vanderpump was a “liar” and a “narcissist/sociopath.”

As most RHOBH viewers are aware, Vanderpump remains estranged from most of her castmates after they accused her of leaking a negative story about Dorit Kemsley to the media.

Despite Vanderpump’s denials, the ladies have continued to accuse her of being behind the leak in Puppy Gate, even after she swore on the lives of her children. This led to a major cliffhanger last week when viewers saw Vanderpump strapped into a chair to take a lie detector test in an attempt to clear her name.

In a first post shared on her Instagram Stories, on May 21, Rinna posted a photo of a polygraph machine and in the next image shared, she posted a meme that read: “They will blatantly lie while swearing on lives of the [sic] own children.” The meme is also credited to an account named ‘Narcissist.Socipath.Awareness.”

A screenshot of Rinna’s posts are below. 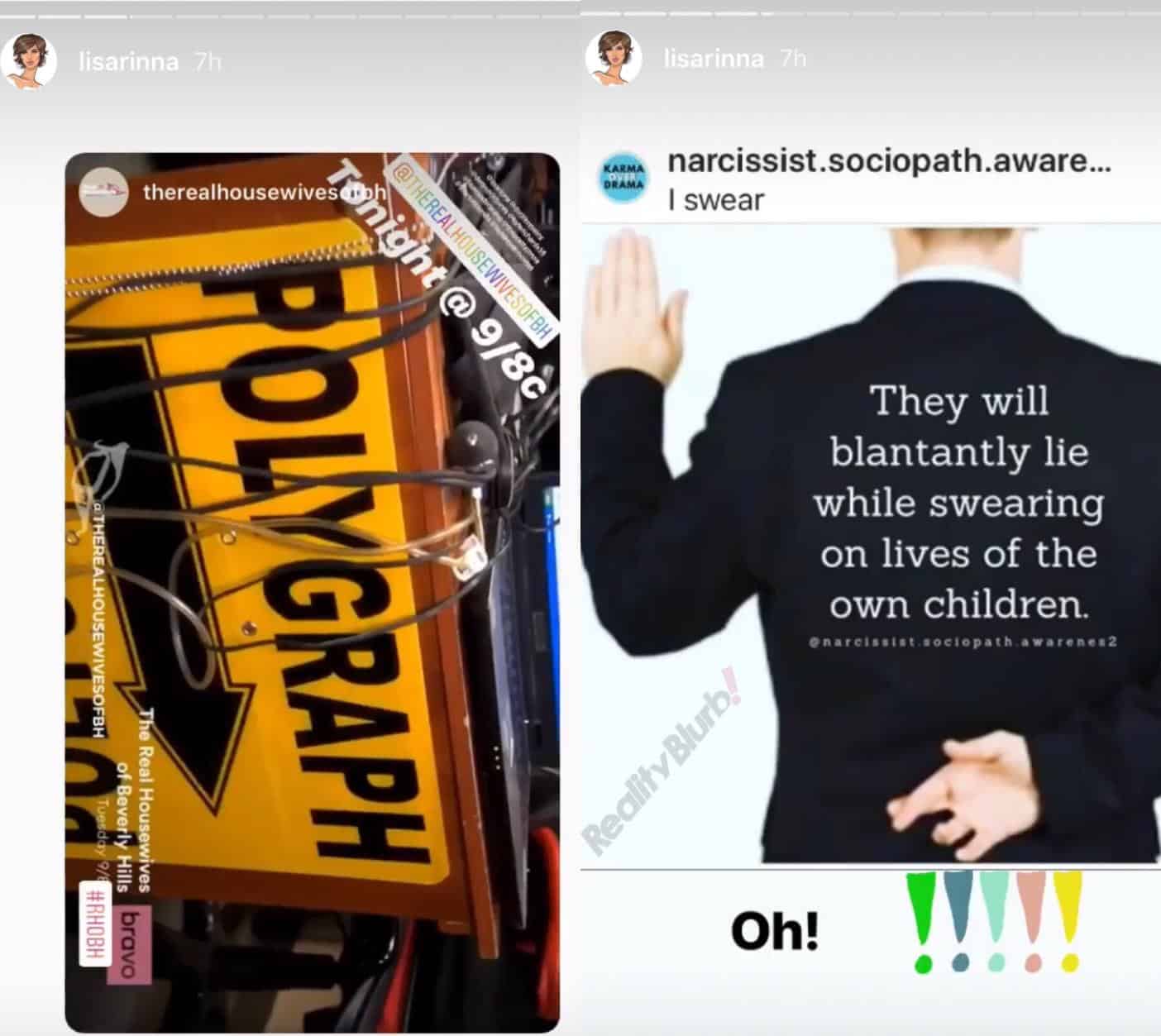 Rinna appears to be joining a growing list of Vanderpump’s castmates who have criticized her decision to take a lie detector test. Last week, Erika Jayne wondered why Vanderpump felt the need to go to these lengths, while Kyle Richards expressed skepticism over the accuracy of the test.

As for Vanderpump, she has spoken out, and stated she felt she had no other option when it came to clearing her name.

Ha yes…just because you call me a liar for fifteen episodes in front of millions,why on earth would I want to take a lie detector lol?
So ridiculous …I should just agree with them.

In more RHOBH news, during a Watch What Happens Live Emmys event on Monday, host Andy sat down with Willie Geist to discuss his career and while chatting with fans, he was asked if Vanderpump would be attending the upcoming reunion taping.

“Unclear,” Andy said, according to a report from AOL on May 21. “Look, I always want to see her. I always want her to be there. She always hates me at reunions, because she doesn’t like my questions. I don’t like the idea of her coming and hating me, because I have a great deal of affection for her. We’ll see.”

Earlier this month, as swirling rumors suggested Vanderpump would not appear at the reunion, Rinna took to her Twitter page and told her fans and followers that filming the reunion is “part of the job description.”

“If you don’t go don’t you get fired?” Rinna asked. “That is the precedent that has been set from what I have seen.”

Rinna also said that “no one is special” and that she and her co-stars “all sign contracts that you have to abide by.”