Home Real Housewives of Beverly Hills News RHOBH’s Dorit Kemsley Accuses Lisa Vanderpump of Using Her to Get Publicity for Dog Foundation and Hurting Her Family, Praises Kyle for Courage

RHOBH’s Dorit Kemsley Accuses Lisa Vanderpump of Using Her to Get Publicity for Dog Foundation and Hurting Her Family, Praises Kyle for Courage 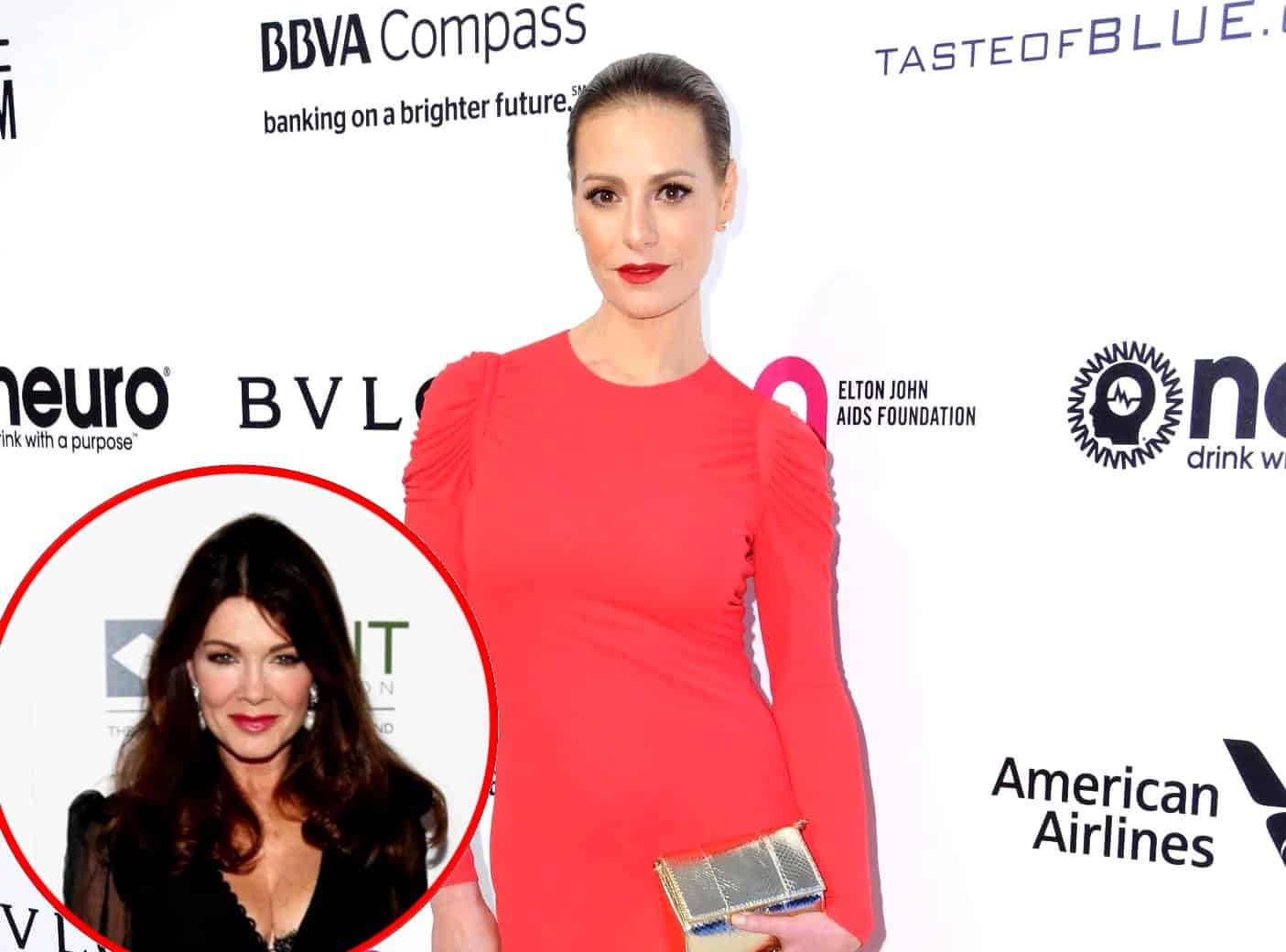 As Puppy Gate continues to play out on this season of the Real Housewives of Beverly Hills, Dorit Kemsley, who the cast believes Lisa Vanderpump leaked a negative story about to the media, has oddly enough been the least outspoken about the doggy drama.

That is, however, changing with her latest blog as Dorit accuses Lisa of hurting her family, and intentionally allowing her Vanderpump Dogs team to put out a ‘twisted’ version of the story in order to garner attention for her foundation.

“Forgive me for being MIA these past few weeks. The events unfolding in recent episodes have left me speechless,” Dorit began her latest Bravo blog. “Having gone through ups and downs this season with someone who I thought was my close friend then watching it all playback simply stirs my emotions and brings me back to a very unsettling place.”

According to Dorit, she’s convinced Lisa was behind the Radar Online article because of certain details mentioned in the story that she believes only Lisa and her team were privy to, such as the fact that “Lucy was a chihuahua mix,” and also the use of the word “nipping” as she says Lisa was the one who “ﬁrst used the word ‘nipping’ regarding the situation.”

Dorit believes this leak was orchestrated by Lisa’s Vanderpump Dogs team to get publicity for their foundation, as she claims they also put out stories about her mistreating animals.

“Accusations were also made about me mistreating animals which, again, are completely false and posed a total character assassination,” she continued. “I love dogs, I grew up with dogs, and to think that anyone would believe otherwise due to a twisted story perpetuated by a foundation looking for attention is heartbreaking. Until this day I ask myself how Lisa V could intentionally allow her team to reveal such a demoralizing version of the truth about her friend when in fact she knew the truth.”

Teddi Mellencamp was the first person to publicly mention the accusation that Dorit mistreated the dog Lucy on the show, stating a Vanderpump Dogs employee told her that information. Since then, John Sessa, the co-owner of the foundation, has admitted they were indeed told certain things about the dog being mistreated by the shelter it ended up at, but he insisted that information was never meant to be made public.

Repeating what she stated during the recent episode of the RHOBH, Dorit believes the article put her two kids in danger.

“The part that really rattled me about the article were the nasty comments and threats to my kids that ensued after it was published,” wrote Dorit. “All the mothers out there will understand me when I say that when I felt like my kids were in jeopardy and being attacked, it shook me to my core and kept me up at night thinking how can I protect them from potential harm.”

Dorit goes on to praise Kyle Richards for having the “courage” to confront Lisa at her home, which ultimately led to the demise of their friendship after Kyle was thrown out by Lisa and her husband Ken Todd.  And similar to Teddi’s blog from earlier this week, Dorit also appears to insinuate that Lisa is simply faking her concern for the dog Lucy because she referred to the dog as “that f–king dog” during her heated argument with Kyle.

“I can only imagine how hard it was for Kyle to confront Lisa V but I equally understand she felt the need to be honest and relay the consensus in the group despite her close relationship with Lisa. Kyle tried to help Lisa V out of a mess she created, and I respect Kyle’s courage for that,” Dorit shared. “Lisa V’s reaction, however, was over-the-top and defensive. The entire scene spoke for itself and Lisa V’s true feelings ﬁnally slipped out when she said, ‘I’m not thinking of Dorit and that f—ing dog!'”

Dorit closes out her blog by saying the act of forgiving and forgetting when it comes to Lisa won’t be so easy.

“I’m at a loss for words, and I don’t know how much more betrayal I can take from one person. I don’t hold grudges, but I’m also not quick to forgive for hurting my family to this degree,” she wrote.