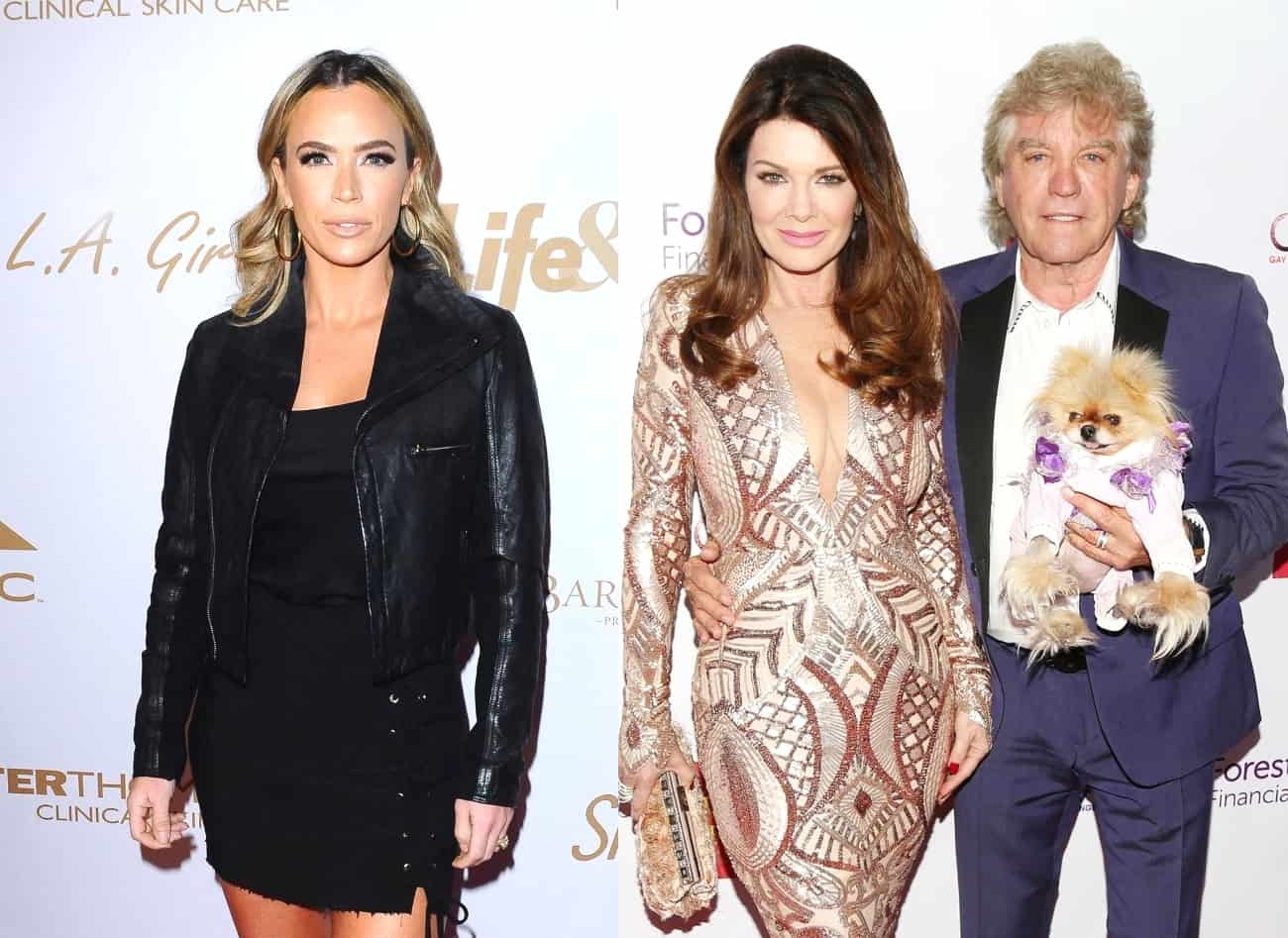 After Lisa failed to show up to a charity event she was hosting for Lisa’s animal rescue center, Vanderpump Dogs, during last night’s Real Housewives of Beverly Hills, Teddi targeted Lisa for downplaying her donations while also questioning her love of dogs and calling out Ken Todd for his aggressive behavior towards Kyle Richards.

“It’s the little things that make me happy to do what I do,” Teddi wrote on April 2. “My husband, friends and All IN coaches and clients showing up to support a good cause; Nichelle and Cycle House for welcoming us and kicking our butts; Traci with Gracefully Fed donating her delicious goodies and food to help restore us after our ride; being able to give all proceeds to Vanderpump Dogs, despite just being a ‘couple of grand here and there’ as a humble, grateful, and absent LVP so kindly put it.”

During Tuesday night’s show, Teddi and the rest of the women were seen sitting down at lunch to discuss the leaked Radar Online story, which Lisa has been blamed for.

Then, Lisa was seen facing off with Kyle at her house when she stated: “I’m not thinking about Dorit and her f**king dog, and when I went out there… I shouldn’t say f**king dog cause it’s a beautiful little dog.”

Lisa’s comments appeared to have been made in reference to the allegations she leaked the story rather than the actual welfare of the dog. However, due to this comment, Teddi is now questioning if Lisa, who has dedicated a big portion of her life to caring for animals, truly cares about dogs as much as she says she does.

“It’s the little things you say to show others how you truly feel,” wrote Teddi. “Like saying “I love you” as your husband leaves for work or saying “real friends show up” when people come together to support you or someone saying they’re “not thinking about Dorit and the f—ing dog” but then changing their tone in the middle of an argument and correcting themselves because they suddenly remember there are cameras in their kitchen and they certainly don’t want anyone to think dogs aren’t what they truly care about.”

As for Ken’s behavior towards Kyle, Teddi said their fight was “uncomfortable to watch.”

“Kyle went there to be a good friend and with the best intentions in letting LVP know how we all felt and somehow come to a resolution. She didn’t deserve such aggression from LVP or Ken, who should not have gotten involved at all nor gotten scarily close to Kyle’s face with his finger,” Teddi said.