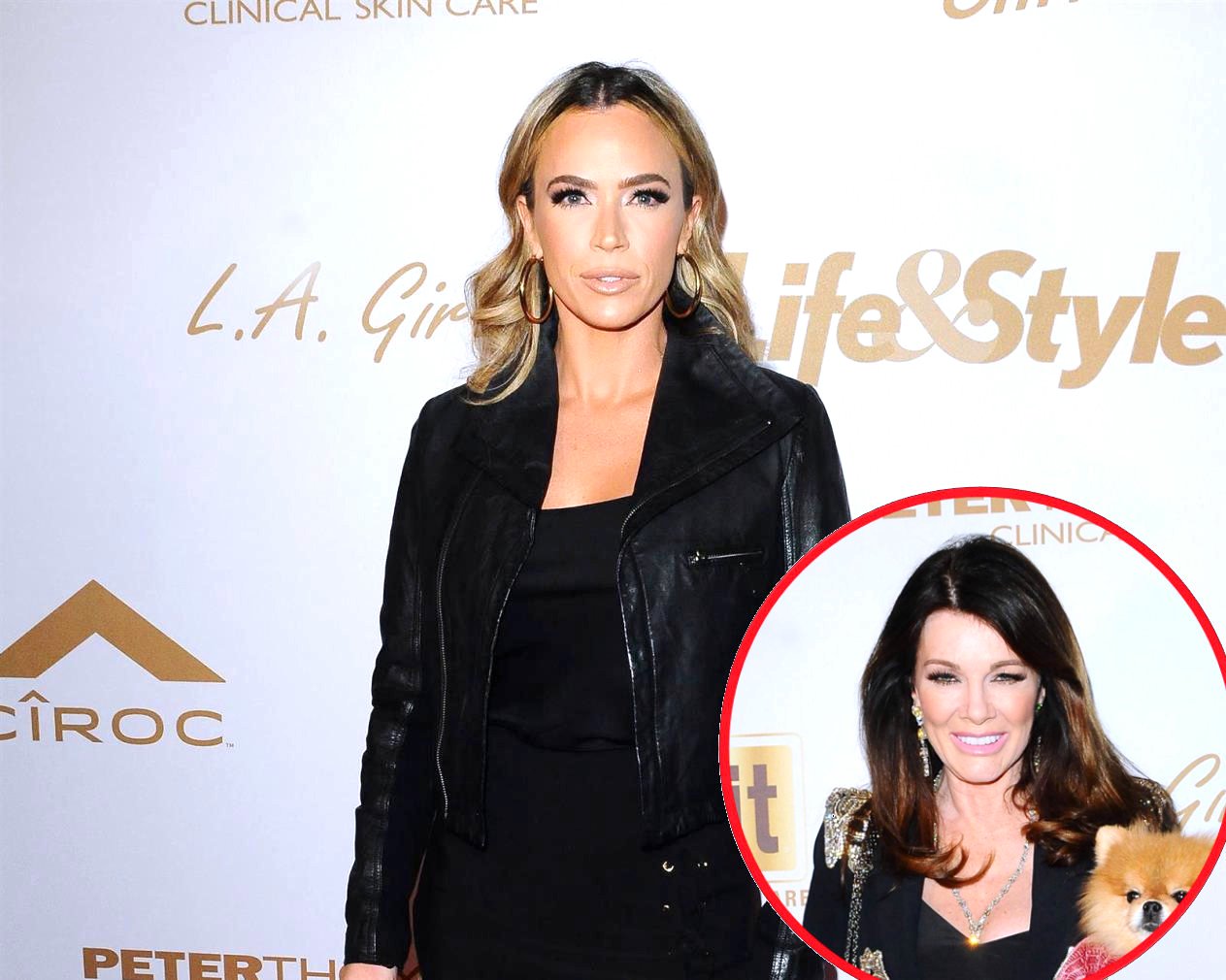 The Real Housewives of Beverly Hills star Teddi Mellencamp recently appeared on the Everything Iconic podcast, during which she dished on a variety of topics.

Most notably, and not surprisingly, Teddi spoke of Lisa Vanderpump’s ongoing feud with the RHOBH cast, as well as where she stands with her today and if her younger brother still works for Lisa.

Teddi, who joined the Bravo series last season, first explained the difference between her first season on the show and the current one.

“Last year was interesting to me. I really almost felt like I was a spectator and I didn’t really know what to expect. I hadn’t watched any of the Housewives shows,” said Teddi during her February 18 appearance on Everything Iconic with Danny Pellegrino. “There’s so many twisted dynamics because of the many many years that some of these women have been friends or have been on the show or whatever it is, that I didn’t understand, but I’m getting to understand better now.”

The topic then turned to Lisa and her recent statement that she should have taken a year off from filming the RHOBH to properly mourn following the suicide of her brother, Mark Vanderpump, last April. Teddi sounded a bit skeptical, stating that Lisa had already filmed three months of her other show, Vanderpump Rules, before filming started on the RHOBH.

“Here’s the thing. I’m not putting aside somebody’s grieving period or anything like that. I have tons of empathy, but she filmed three months of Vanderpump Rules prior to the Housewives filming,” shared Teddi. “I don’t think people really understand that but those are the facts. So she had the opportunity to realize okay this is too much. And we’re not being forced to film. We all have the same bosses, so I cannot imagine that if she didn’t want to, that she would be forced.”

It is important to note that the RHOBH focuses on Lisa’s personal life and relationships, while Pump Rules focuses more on her professional life and the personal lives of her restaurant employees.

“No matter if I’m grieving or not grieving; it is never an intention of mine to make my friends look bad,” she explained. “And I think you see two cases of that happening at Vanderpump Dogs. Now that I’ve gone back and done a little bit of research, there seems to be a pattern.”

Yes, Teddi admitted that she has since gone back to watch the earlier seasons of the RHOBH. As most fans are aware, Kyle and other past cast members have accused Lisa of setting people up or leaking stories to the media in previous seasons. Claims that have been denied by Lisa.

Teddi then addressed the job status of her younger brother, Hud Mellencamp, after he was hired by Lisa to work at TomTom, her newest bar, last year. And, according to Teddi, her brother is no longer working for Lisa. She, however, insists it had nothing to do with their feud.

“I do need to clarify. I did not ask for my brother to get a job, I asked for him to get an interview. He got himself the job,” said Teddi. “He’s not working there anymore. It’s because he got a regular daytime job, and working a daytime job and a night-time job was too much.”

Finally, Teddi, who admitted that she’s “not innocent” in the dog drama involving Lisa and Dorit, implied that Lisa told her about the adopted dog dilemma so that she would then go after Dorit.

“Why was I told? Who did I have an issue with last year?” asked Teddi, before going on to state that her beef with Lisa has nothing to do with a “group mentality” but rather “injustice.”

Moving on to tonight as a new episode of the Real Housewives of Beverly Hills is set to air on Bravo TV at 9/8c. This is also the live viewing thread, so feel free to comment and chat below as the episode airs!