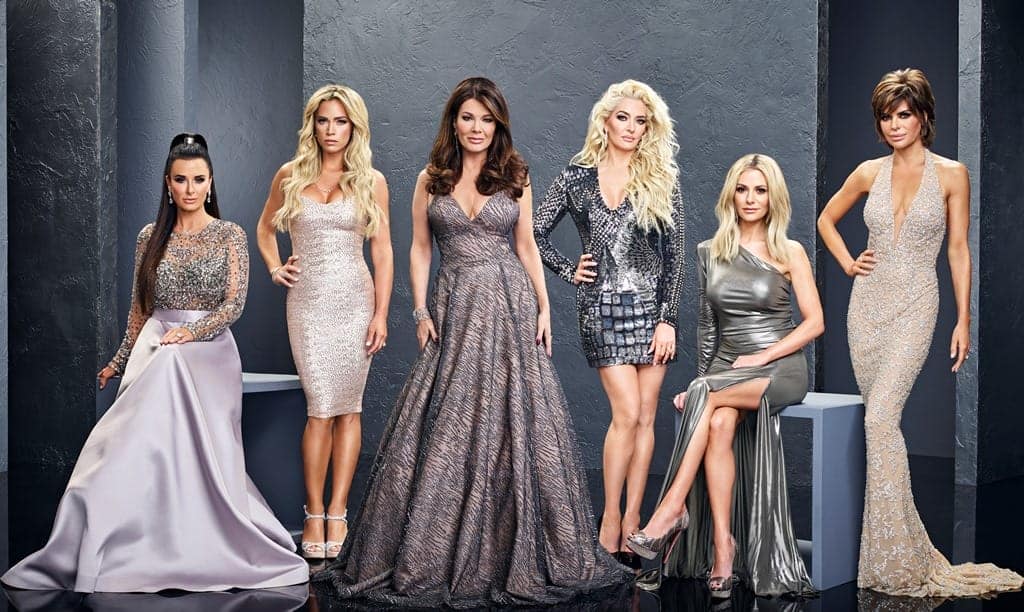 The Real Housewives of Beverly Hills are marking their return with a bang!

Bravo has just released the RHOBH season 8 trailer which showcases a lot of drama, fabulousness, and fighting among these glamorous ladies.

As previously reported, there is a new housewife in the mix as Teddi Mellencamp Arroyave has joined the cast. Teddi, a fitness and accountability coach (not sure what that means either!), is the daughter of music legend John Cougar Mellencamp. She is married to Edwin Arroyave, and has two children plus a stepchild.

Another familiar face is Camille Grammer who is returning this season though she will have a smaller role as a ‘Friend of the Housewives’. Camille was a full time cast member on the first two seasons of the show.

Now onto the dramatic two minute trailer! First we see Dorit and Erika on friendlier terms but that doesn’t seem to last for long as the two ladies are seeing bickering later on.

There is also drama coming from the Lisa, Kyle and Dorit clique as Kyle is seen telling Lisa: “You don’t like that it wasn’t about you for a minute.”

Lisa is later seen driving away from Kyle and Dorit, telling them, “I’m going home to my husband who would rather spend time with me than you would.” Kyle and Dorit just stand there looking stunned!

Not much is seen of Lisa R. in the previews as she is mostly focused on being a momager to her two model daughters. Newbie Teddie is no wallflower as she gets right into the mix of all the drama, and lastly Erika can be heard quipping: “You have to cut the head off the devil!”

Erika later adds, “This whole thing boils down to three bitches that are competitive over friendship.” It seems she is referring to Lisa, Dorit, and Kyle.

The new season of the RHOBH premieres on Bravo at 9/8c on December 19. You can see the trailer below.

TELL US – WHAT ARE YOUR THOUGHTS ON THE TRAILER?