Home Real Housewives of Beverly Hills News RHOBH Cast Reacts After Lisa Vanderpump Leaves Premiere Party Early Before Their Arrival! Plus They Answer the One Question Lisa Has for Them

RHOBH Cast Reacts After Lisa Vanderpump Leaves Premiere Party Early Before Their Arrival! Plus They Answer the One Question Lisa Has for Them 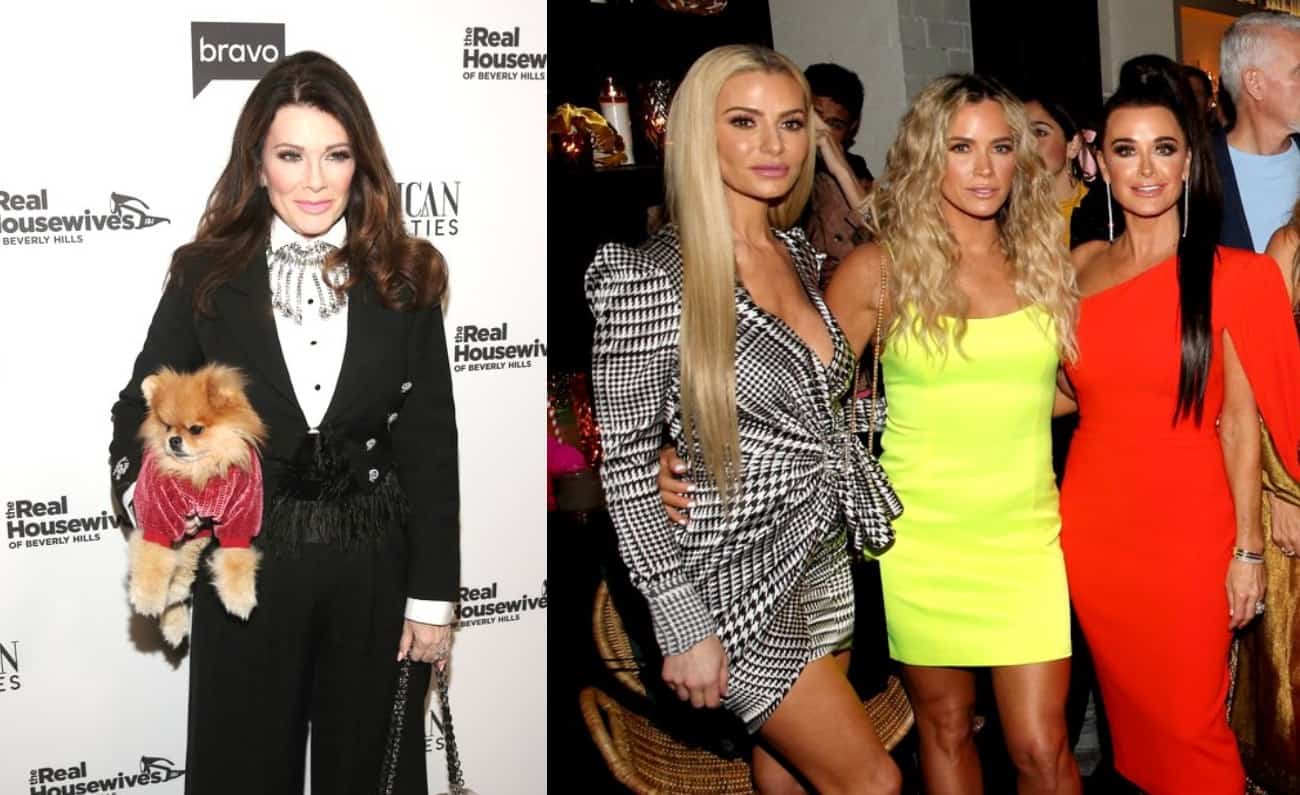 Lisa Vanderpump attended Tuesday night’s Real Housewives of Beverly Hills season nine premiere party but according to a report, she didn’t stay at the event for long.

Days after Lisa Rinna took to Twitter to demand she attend the event, which was held at Gracias Madre in West Hollywood, Lisa V. showed up to the red carpet with her husband, Ken Todd, at her side but reportedly bolted before the rest of the cast arrived.

Lisa V. tended to several interviews “very quickly and then tried to exit the press area,” an eyewitness revealed to Us Weekly on February 13.

According to the report, Lisa V. and Ken got to the event around 5:45 p.m. and 20 minutes later, their co-stars, Kyle Richards, Erika Jayne, and Teddi Mellencamp, began arriving.

“By that time, Lisa and Ken were totally gone,” the onlooker explained.

As for why Lisa V. left early, the insider said she and her husband had dinner plans.

“[Lisa] had a family and friends dinner at Tom Tom at 6:30 p.m.,” an insider close to Lisa explained.

Speaking to Us Weekly herself, Kyle told the outlet she “didn’t get a chance” to greet Lisa V. and Ken before they made their way out. “I was hoping to be able to say hello and say congratulations on season 9, but she left already,” she said.

Teddi spoke to the outlet as well and said “it’s been a while” since she and Lisa V. last spoke but confirmed she was not intentionally avoiding Lisa. “I’m an adult and I can be cordial,” Teddi explained. “But I can’t speculate on how I’d feel or act if the person isn’t here.”

As for Erika, she threw out a shady dig at her former friend, saying, “I mean, she came in early. It is an all-cast event and, you know, she’s a professional, so …”

While Lisa V. didn’t interact with her co-stars at all at the premiere party, the insider said the other ladies “seemed closer than ever” at the premiere and dined at Craig’s restaurant after the event.

During her brief appearance on the red carpet, Lisa V. spoke to Entertainment Tonight and said she had just one thing to say to her co-stars and that was, “Why?”

Denise Richards also reacted, saying, “I have no idea. Why not come back and hang out with us?”

Teddi was more direct with her response and seemed to give a nod to the doggy drama caused by Lisa V. during season nine.

Kyle reacted to Lisa’s inquiry as well but told the outlet that viewers would have to stay tuned into the new season to find out what really happened between Lisa and the rest of the cast.