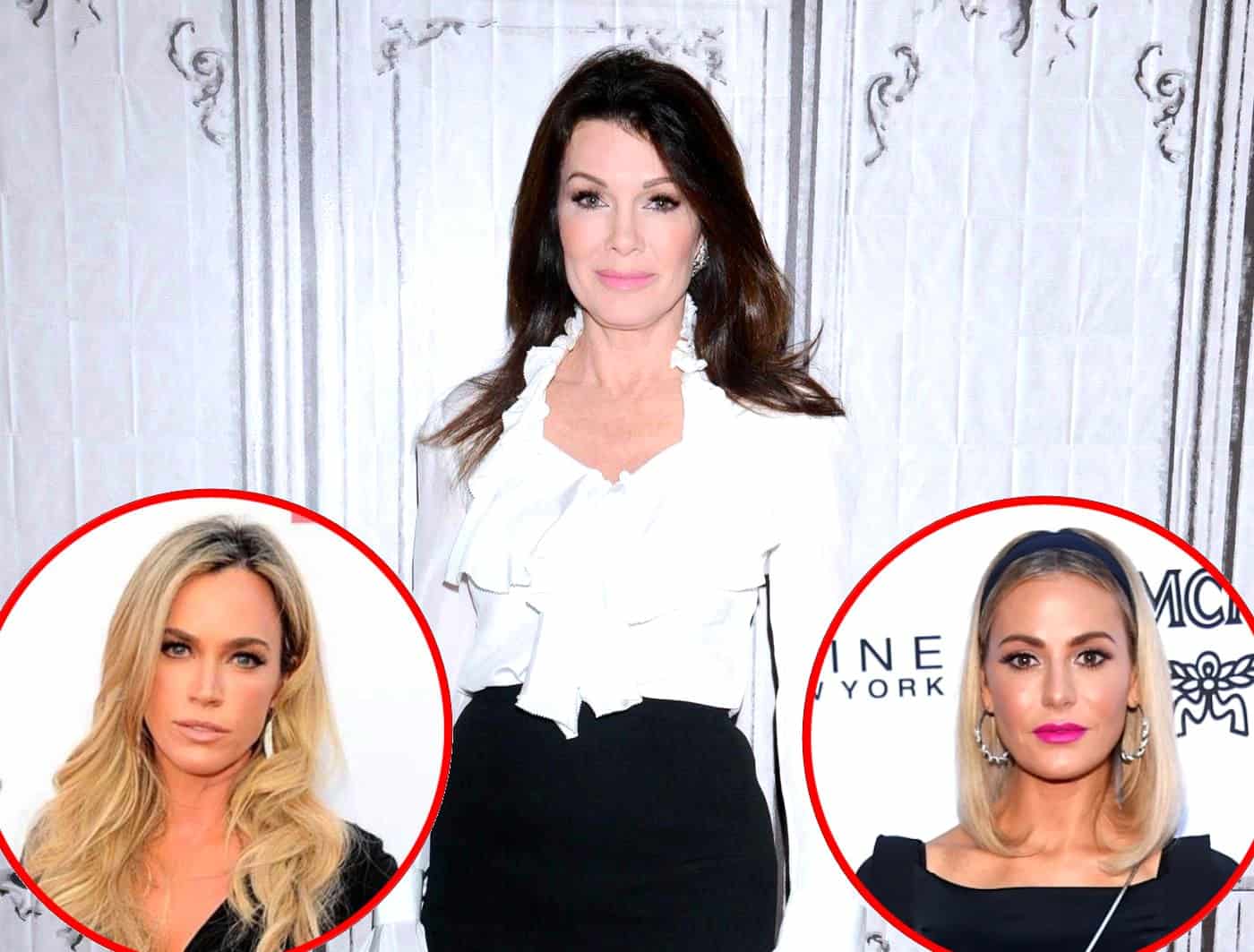 Lisa Vanderpump was seen holding up a screenshot of a text message conversation between Teddi Mellencamp and another person in the trailer for The Real Housewives of Beverly Hills and shortly after, fans zoomed in on the messages and figured out what was said!

As reports of lies and deceit continue to swirl amid Lisa’s estrangement from the rest of the cast, it has been revealed that Dorit Kemsley and a dog she adopted from Vanderpump Dogs may be at the center of the drama.

#RHOBH
LVP with receipts of her texts with Teddi about Dorit… pic.twitter.com/8Ma4kixDv7

“You need to call me today,” someone said in the first text to Teddi.

“I just can’t text. I just CAN’T,” the person explained.

At that point, Teddi appeared to have gotten on the phone with the unnamed person before sending a couple more text messages.

“I am in total shock. That is insane!!! I feel sad for her kids and that poor dog,” Teddi said.

“I KNOW!” the person responded.

Watching the internet sleuths try to figure out those texts like… #RHOBH pic.twitter.com/psVpzxlDLF

Although many assumed the messages shared by Lisa were between her and Teddi, several others have suspected the person on the other end was actually someone else.

In fact, a message stating ‘Blizzard phones Teddi’ was handwritten on the printout by Lisa. And some internet sleuths on Twitter mentioned that ‘Blizzard’ happens to be the last name of someone who works at Vanderpump Dogs.

As fans may have heard, Lisa reportedly became upset with Dorit after learning the dog she adopted from her rescue center had been dropped off at an animal shelter. However, according to reports, Dorit wasn’t the one who abandoned the animal. Instead, the reality star reportedly gave the dog to a friend, who later took the pet to a shelter without informing Dorit of her plan.

Months ago, a source told People that Dorit was confronted about the issue on-camera by Lisa.

“Lisa caught Dorit completely off guard by bringing it up,” the source said. “Dorit had no idea that the dog wasn’t still with the family.”

“Dorit is devastated by this,” the insider continued. “Lisa did eventually acknowledge that she believes Dorit had the best of intentions. But right now, Dorit is unconvinced of the same with Lisa. The Kemsleys are avid supporters of the Vanderpump Dog Foundation and they hope that personal vendettas don’t get in the way of the charity.”

While Lisa appeared to expose the text messages in an effort to expose Teddi for her comments about Dorit, there doesn’t appear to be any lingering tension between the two women. Instead, it is Lisa who remains on the outs with her co-stars.

The Real Housewives of Beverly Hills season nine will premiere on Bravo TV on Tuesday, February 12 at 9 p.m.

TELL US – WHAT DO YOU THINK THESE TEXT MESSAGES MEANT?