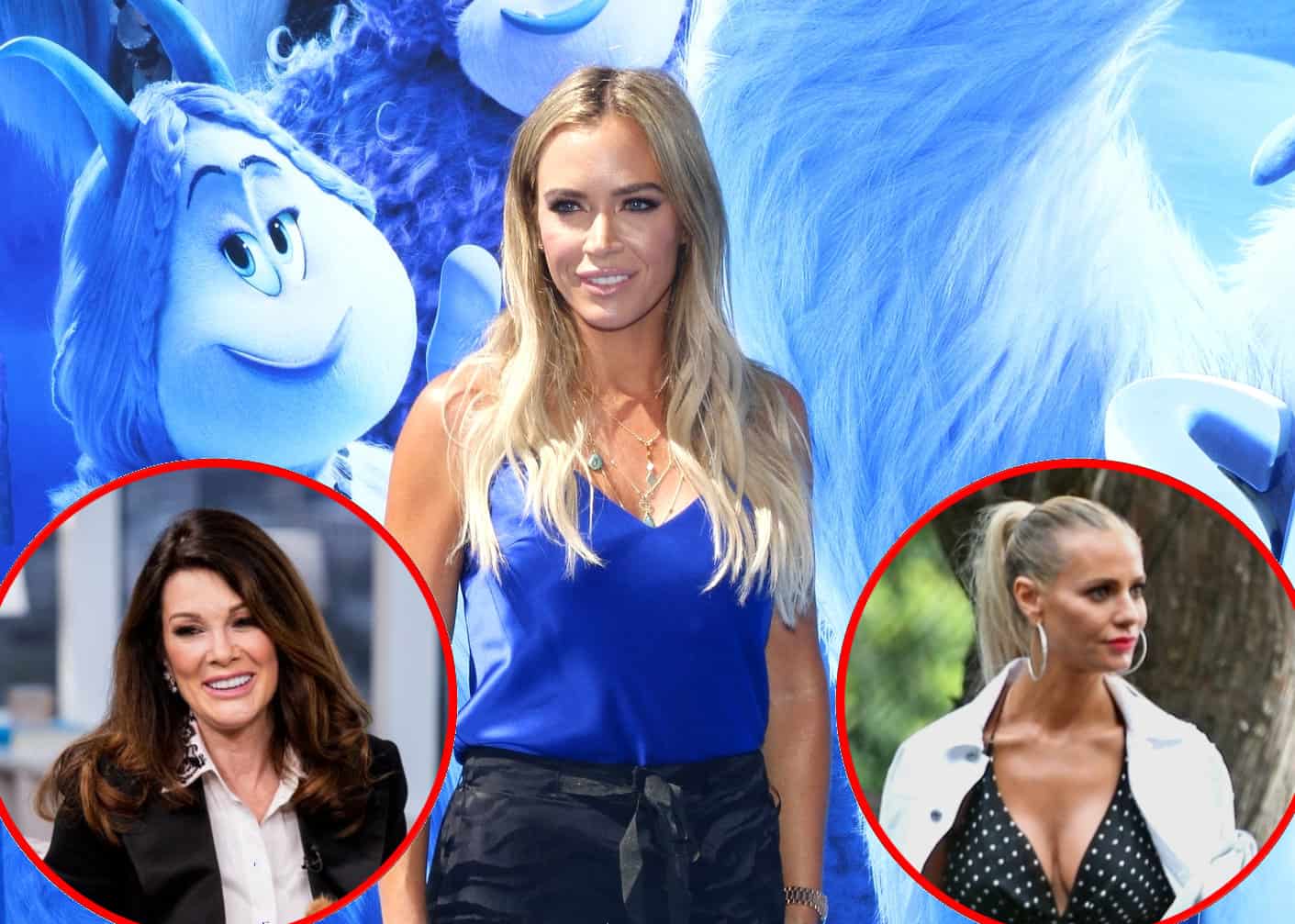 Teddi Mellencamp and her Real Housewives of Beverly Hills co-stars may be convinced that Lisa Vanderpump was the puppet master of Puppy Gate but did Teddi actually communicate directly with Lisa about the story surrounding Dorit Kemsley and her adopted dog Lucy?

During a new interview, Teddi answered that question and also opened up for the first time about some drama that occurred with Dorit, away from cameras, following the reunion last year.

She added that other ‘cold encounters’ occurred between herself and Dorit, leading up to the start of filming on the current season. Teddi shared that she confided in Lisa about her issues with Dorit, and believes that’s why Lisa recruited her when it came to pushing a negative story about Dorit to the press.

“There was no doubt in my mind that this was Lisa and Vanderpump Dogs wanting me to do it, and I regret going down that road at all,” Teddi explained. “I should have, from the very get-go said, ‘You know what? This doesn’t involve me. Leave me out of it.’ But I didn’t.”

However, despite being close to Lisa during that period, Teddi admitted she never once spoke directly to Lisa about the alleged plot but confessed to taking the bait she was given because she and Dorit were not in a good place after season eight.

In addition, as she revealed during an episode of the show earlier this month, Teddi said the stories she was given about what had allegedly happened to Dorit’s dog were horrifying and included claims suggesting Dorit had locked the animal in a cage in her basement for months, which Dorit has denied.

“Regardless of who leaked it to the press, it was to get ahead of it, so that the viewers would already have their opinions about Dorit and the dog before everybody started watching the season,” Teddi said. “That’s clear. Who leaked it? I don’t really care. But it only benefits one person.”

As fans have surely heard, Lisa recently landed a new project based out of her Vanderpump Dogs rescue center. When it’s all said and done, Teddi makes it clear she, along with her co-stars, are tired of the Puppy Gate topic.

“Believe me, we don’t want to be sitting there talking about this for this long,” she shared. “But all of us got — each, individually — got upset about the injustice of it. Why can I sit there and say, ‘Yes, I made a mistake. Dorit, I’m sorry. I don’t know what took over me that I would go to this length to do this. I am sorry.’ And she can sit there and hug me in that moment and understand, but Lisa Vanderpump isn’t capable of doing that?”