RHOBH Star Teddi Mellencamp Slams Lisa Vanderpump as a “Joker,” Accuses Her of Putting on a “Facade” and Being Unable to “Keep Story Straight” 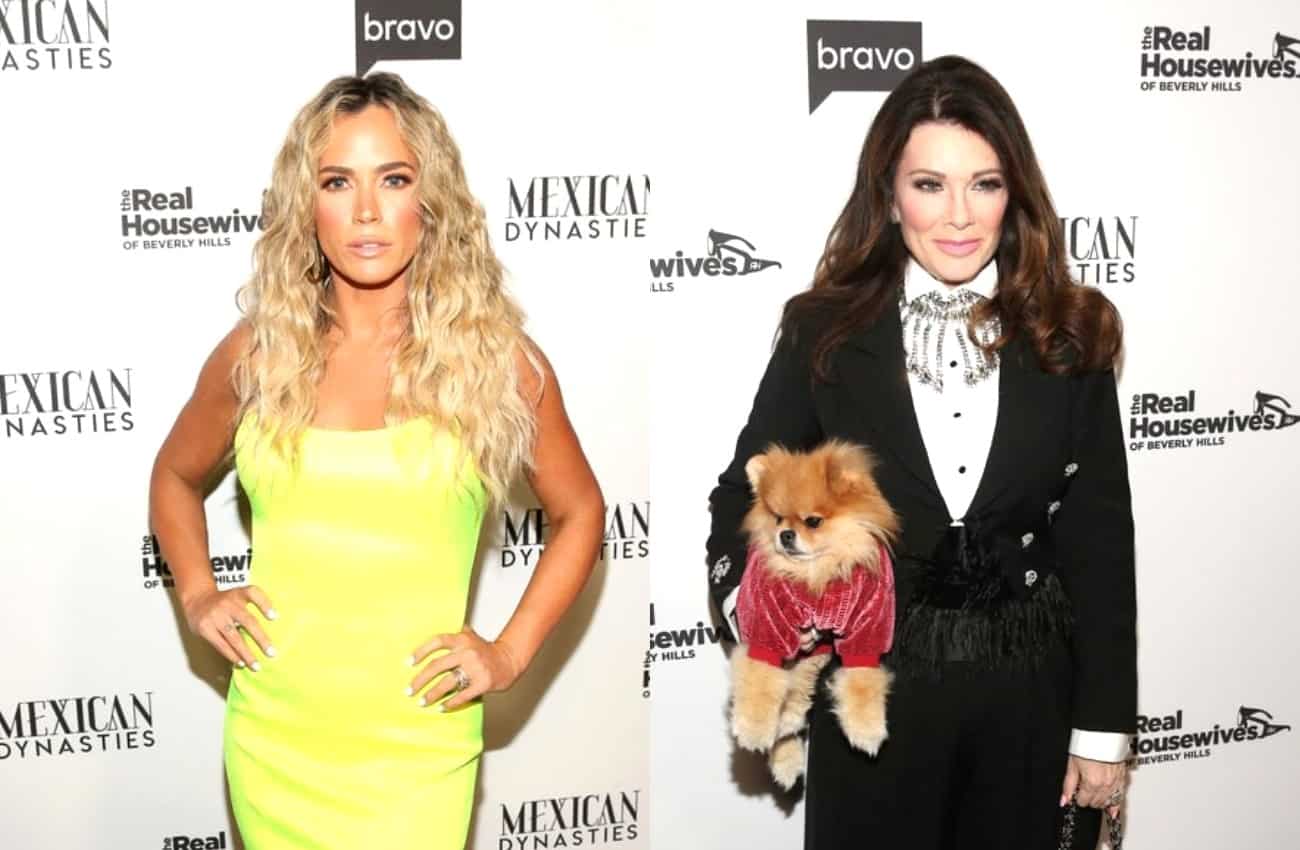 Teddi Mellencamp is insisting she was fed a very different story about Dorit Kemsley and her dog Lucy that she initially led on.

Following this week’s new episode of The Real Housewives of Beverly Hills, Teddi took to her Bravo TV blog, where she opened up about the real story she was told regarding Dorit and Lucy and slammed Lisa Vanderpump for what she claims were many, many lies.

“I was told that Dorit kept the dog locked in her basement and it hadn’t seen the sun in months; obviously, I was told this inflamed tale to get me to react. And I did in the moment. But I did not reveal the story that day at Vanderpump Dogs as I was originally supposed to,” she wrote. “THAT is what I mean when I kept saying I didn’t go through with it.”

Although Teddi has admitted on a number of occasions that she was not completely innocent in the Puppy Gate story, she insisted her apology to Dorit was sincere and said she would have done things differently if she could go back.

“I asked to have the dog there. When making a plan to bring a story up, I wasn’t just going to do it out of thin air. I was open with all the women before then that I was involved in some way, which is why it was so easy for Dorit (and the rest) to be understanding and forgiving,” she explained.

According to Teddi, both Lisa and her husband, Ken Todd, were involved in the dog drama and as they were allegedly setting Teddi up, Ken phoned John Blizzard on a number of occasions. As for John’s alleged “admission” about putting words in Lisa’s mouth, Teddi said his statement is yet another lie.

“All he and LVP did was try and convince the audience that she had nothing to do with this. That is why LVP continuously mentioned how little she knew him,” Teddi wrote. “LVP also can’t keep her story straight about how and when she found out I knew. She said multiple times she’s had no communication with Blizzard (lie) and that John Sessa ‘had no idea Blizzard and Teddi was interacting’ (lie), but yet she texted Dorit immediately after I was told that ‘Teddi knows.'”

Teddi also questioned why Blizzard would risk his job with Lisa by giving her the Puppy Gate information and telling her it came from Lisa.

“Why would John Blizzard come to me with this information and plan to bring this story out on camera, risking his position and relationship with a company and family he’s known and worked for for years? The only way any of this makes sense is if LVP was behind it all,” she explained.

“Also, LVP cutely suggests in her talking head that I should have an ‘avoidability’ business, but why should I do that when she’s been running one flawlessly for years,” Teddi added.

Teddi then accused Lisa of putting on a “facade” and slammed her as a “joker.”

“But my favorite part of the episode is the end when LVP and Kyle are in the car and her facade has faded,” continued Teddi. “When mentioning me saying we could “coexist,” LVP, with a giggle and a snide smile, says, “It’s like you should be so lucky, b–ch.” Seems to me the “Queen of Diamonds” is actually a joker.”