RHOBH Cast Is ‘UnHappy’ and ‘Feel Used’ by Producers Over News of Lisa Vanderpump Filming Spinoff for Vanderpump Dogs, Hold Meeting to Discuss It 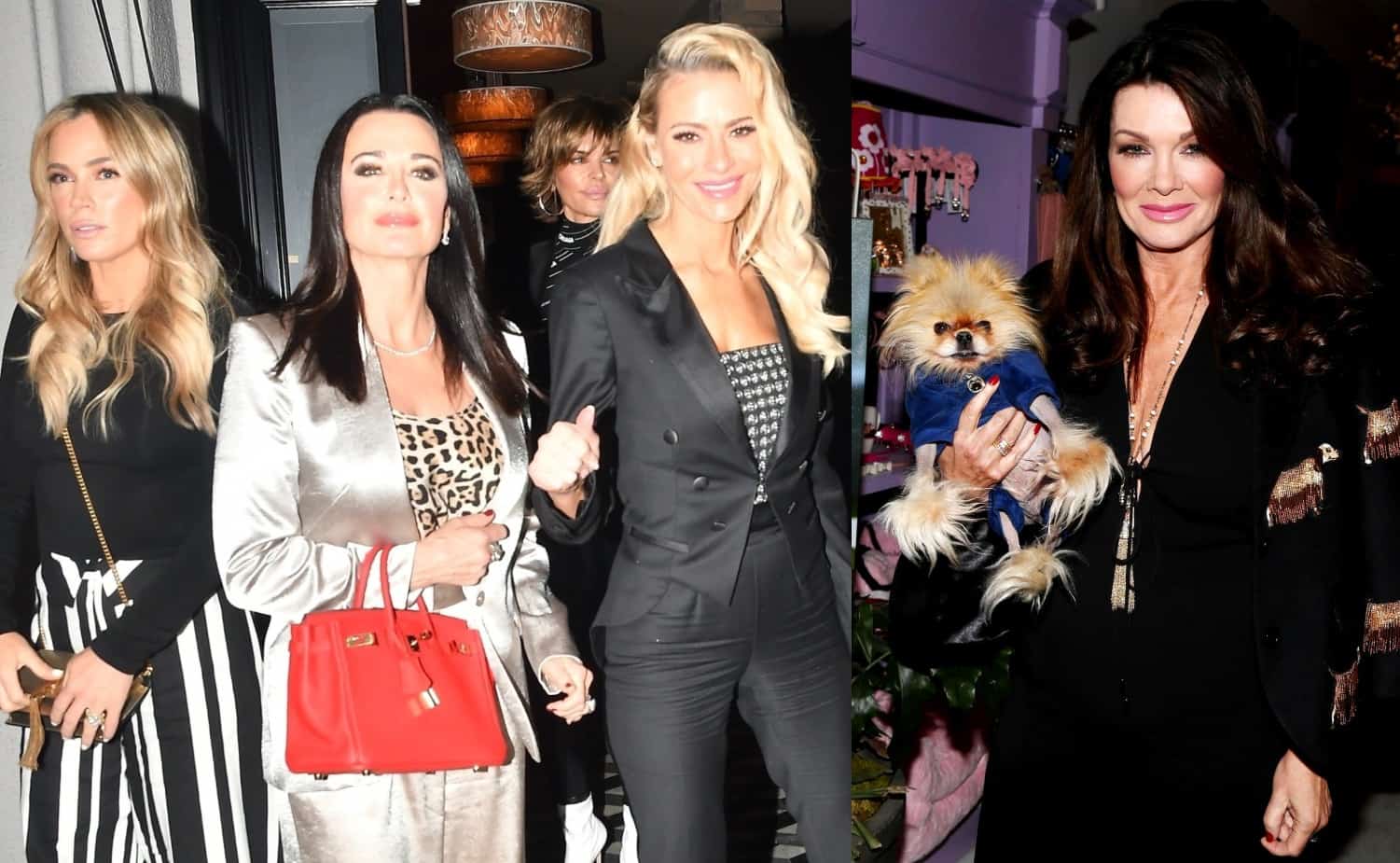 The Real Housewives of Beverly Hills stars Kyle Richards, Lisa Rinna, Dorit Kemsley, and Teddi Mellencamp are pictured above, on the top left, on February 28, following dinner at Craig’s restaurant in Los Angeles.

And, according to multiple reports, the ladies were actually meeting to discuss how “extremely unhappy” they are over the news that a new spinoff project for their co-star Lisa Vanderpump has just been greenlit.

Sources are revealing Lisa, a restaurateur and humanitarian, is set to begin filming a new project at her West Hollywood animal rescue center, Vanderpump Dogs.

Page Six shared the news with readers on Friday and revealed the project is “just a reel in development” at this point in time. As their insider explained, the project could end up becoming a spinoff series, a la Vanderpump Rules, or it “could just be a special.”

Upon hearing the news, Lisa’s castmates, including Kyle, Lisa, Dorit, Teddi, and Erika Jayne, who is not pictured above, planned a meeting at Craig’s to discuss Lisa’s new project.

Apparently, the ladies feel Lisa was given her new project at their “expense” after supposedly “planting a seed” for the potential series during the ninth season of The Real Housewives of Beverly Hills.

During season nine, the ladies of the show endured a massive falling out with Lisa after she feuded with Dorit for giving one of the dogs she adopted from Vanderpump Dogs to a woman who later took the animal to a shelter.

“[They] felt used by the show’s producers,” the insider explained.

The source went on to reveal that the Vanderpump Dogs project isn’t the only thing Lisa has on her mind in regard to her future with Bravo.

“[Lisa] has had many ideas for additional Bravo shows. Any project that will further her mission to save the lives of dogs here in the USA and around the world is something that she is seriously considering,” a source revealed.

News of a potential Vanderpump Dogs spinoff first began weeks ago when Lisa told Hollywood Life they “might be psychic” after they asked her about the idea.

Now, an insider claims Lisa is thrilled to get started.

“Lisa is ecstatic to be able to show off all the hard work she does with Vanderpump Dogs. Filming of the pilot will begin sometime in the near future,” a source close to the situation told the outlet.

The insider also shared additional details about the cast’s feelings towards the project.

“The cast of the show feel hurt and upset, especially Teddi and Dorit who feel they have been thrown under the bus for nothing,” the insider revealed. “They are all really upset over this entire thing and feel it’s gotten so completely out of hand. The ladies even called a meeting with producers to discuss the situation.”

Below is a video of the RHOBH women leaving Craig’s restaurant following their dinner.