Kyle Richards Shares What Happened After She Recently Reached Out to Lisa Vanderpump, Plus RHOBH Season 9 Reunion Date Revealed!

by Lindsay Cronin May 2, 2019 434 comments
ShareTweetWhatsappPinterestRedditTumblrMailFlipboard 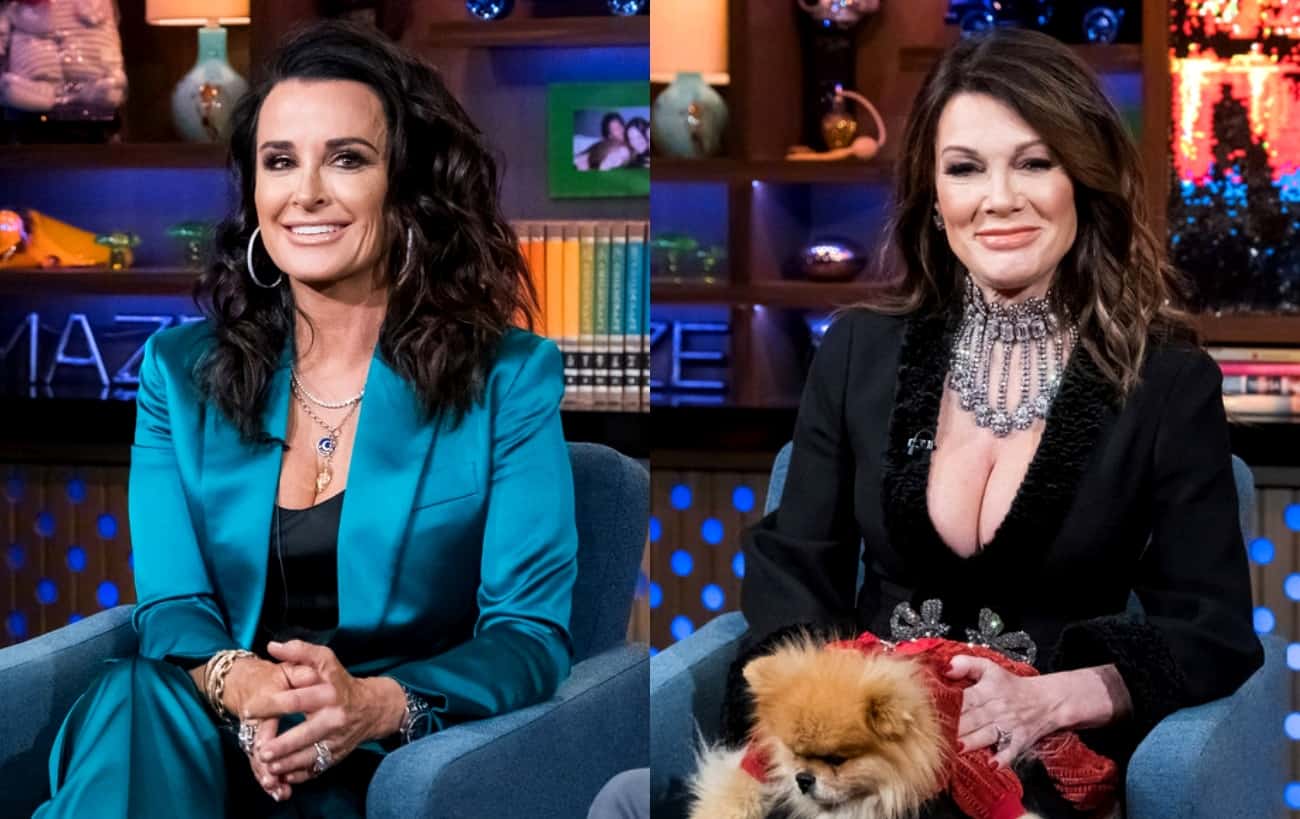 Kyle Richards may be blocked from contacting Lisa Vanderpump at the moment but in the weeks that followed their dramatic on-screen spat on The Real Housewives of Beverly Hills, Kyle attempted to reach out to her former friend on numerous occasions.

During an interview on the latest episode of Just The Sip, Kyle revealed that after her nasty fight with Lisa and Ken Todd months ago, she actually texted her co-star days later and again weeks after that.

“Yes, because her birthday was like two or three days later,” Kyle said. “So, I sent her a text saying, ‘I’m sorry that all this happened and I hope you have a beautiful birthday.’ Crickets. Nothing, not even a cricket.”

Kyle also revealed she reached out to Lisa once again recently.

“Then I reached out to her regarding Camille’s shower because that was also in September and again, crickets. But both of them were delivered, because it said delivered,” she continued. “Now, I have been blocked and it doesn’t say delivered, because I reached out to her again recently to congratulate her on the opening of Vanderpump Lounge in Las Vegas. That one didn’t say delivered so now I know that I have since been blocked. Before she was just saying I was blocked but I actually wasn’t.”

According to Kyle, her drama with Lisa was so intense because Lisa felt “humiliated” by her.

“Lisa is a very prideful person and my intention was not to humiliate her,” Kyle insisted. “My intention was to be honest and tell her what happened on camera, so that she wasn’t shocked in six months when she saw the show.”

Although Kyle and Lisa have been estranged for several months, Kyle would absolutely love to reconcile their friendship and move forward from their dispute over Puppy Gate.

“I can’t hear this for years on end. I just can’t do it. I said what I felt my truth was. I care about [Lisa] anyway. If [Lisa] wanted to move forward, I’d be happy to,” she explained.

In other Real Housewives of Beverly Hills news, Us Weekly revealed days ago that the ladies are set to reunite on June 5 to film the season nine reunion. However, when it comes to Lisa’s appearance at the taping, it’s hard to say whether or not she’ll be there and in March, she admitted she was unsure.

“I don’t know how the audience would react,” she told the magazine at the time. “My life is kind of full. I can’t really deal with the minutia.”