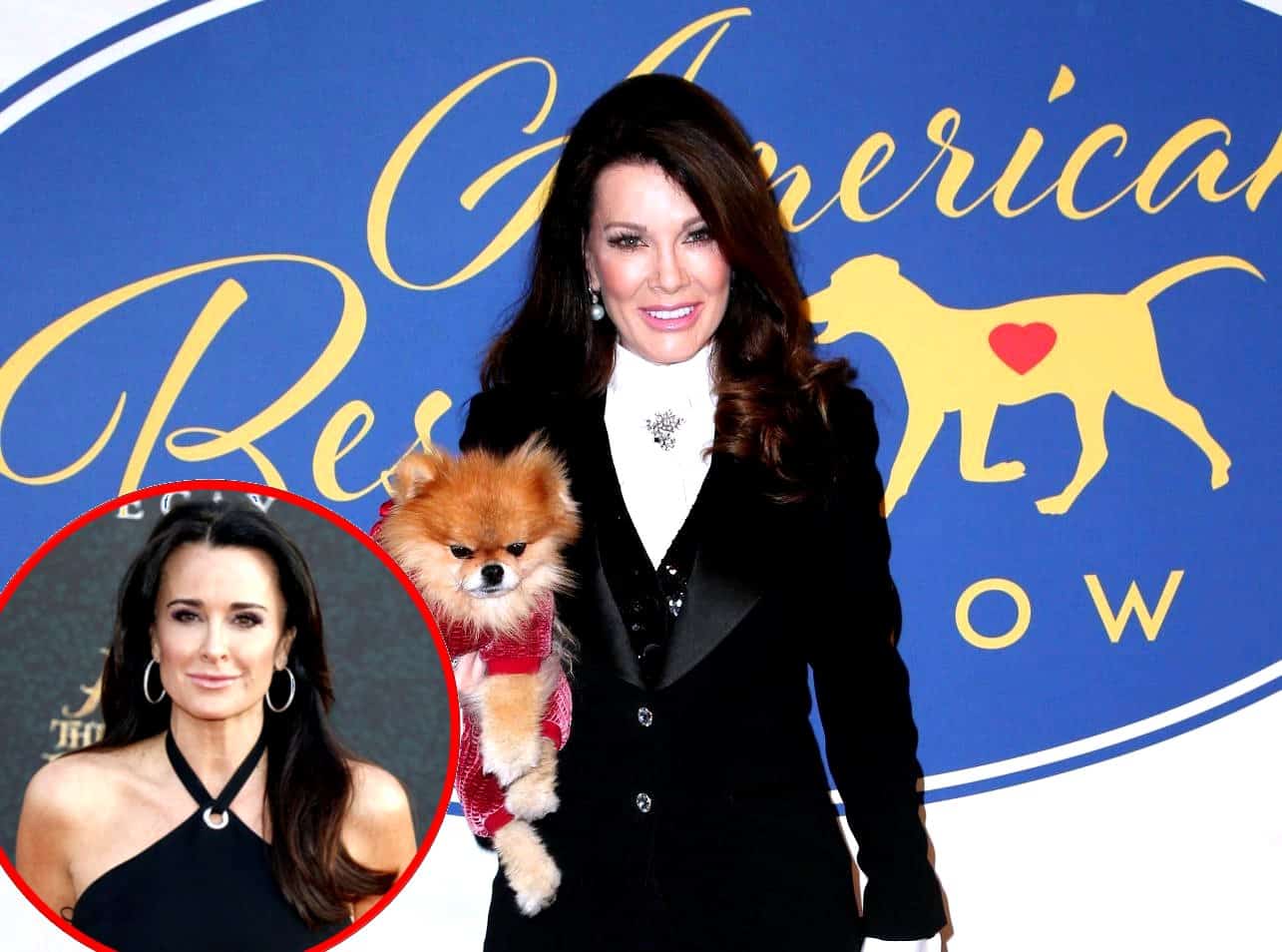 Lisa Vanderpump hasn’t been watching the ninth season of The Real Housewives of Beverly Hills but she did have a lot to say when asked about Puppy Gate this week.

As she and her co-stars continue to feud over her alleged plot to paint Dorit Kemsley as a bad pet mom, Lisa spoke about the drama of the current episodes, teased her new spinoff series at Vanderpump Dogs and shared her thoughts on attending the upcoming reunion.

“I didn’t watch,” Lisa told Entertainment Tonight of season nine. “I didn’t watch only because personally, it was a very, very difficult and emotional time for me to go through and I didn’t want to revisit that. I actually spoke to the producers about it, because we have to write blogs, and they said, ‘… in one way, maybe you should revisit that now.’ Because I’ve come through, you know?”

“It just goes on and on and on, and it’s a shame, really,” she continued of Puppy Gate. “Because the focus was about the dog. The dog’s fine now and I think it all got very convoluted. I haven’t seen it, but I don’t like what I’m hearing.”

During last week’s show, Teddi Mellencamp was seen admitting to her role in Puppy Gate while claiming Lisa had enlisted John Blizzard, who works at Vanderpump Dogs, to pass on a negative story about Dorit to her.

On her ride home from the party, Lisa addressed Teddi’s suggestion that they “coexist,” telling Kyle Richards, “You should be so lucky, b***h!”  While Lisa and Kyle’s friendship was intact at the time the scene was filmed, they’ve since cut ties.

“It’s horrible to have any animosity with any of them, but Kyle and I have been very good friends,” Lisa said of the falling out. “I was gobsmacked when that kinda went down.”

Now that she’s on the outs with her co-stars, rumors have been swirling in regard to Lisa potentially quitting the RHOBH after season nine and now that she’s been working on a new show, that could happen.

“I have three shows on the air right now, [with] The Most Amazing Dog in the World, right? Maybe there could be another [show in the works]. Who knows?” Lisa teased.

As for her plans for the reunion, Lisa said she hasn’t yet decided whether she will attend the filming, which is set to take place in June.

“[The reunion’s] not for two or three months, so I have no idea how I’ll feel then,” she said. “But they said I wouldn’t show up on the red carpet [at the premiere party], didn’t they? I think it was Lisa Rinna who was tweeting, ‘You mother f-ers you better f-ing show up.’ I mean, who talks like that? But I was there, yes.”