Home Real Housewives of Beverly Hills News Lisa Vanderpump Claps Back at Kyle Richards and RHOBH Co-Stars for Criticizing Her Decision to Take a Lie Detector Test, See Her Tweets!

Lisa Vanderpump Claps Back at Kyle Richards and RHOBH Co-Stars for Criticizing Her Decision to Take a Lie Detector Test, See Her Tweets!

by Lindsay Cronin May 17, 2019 566 comments
ShareTweetWhatsappPinterestRedditTumblrMailFlipboard 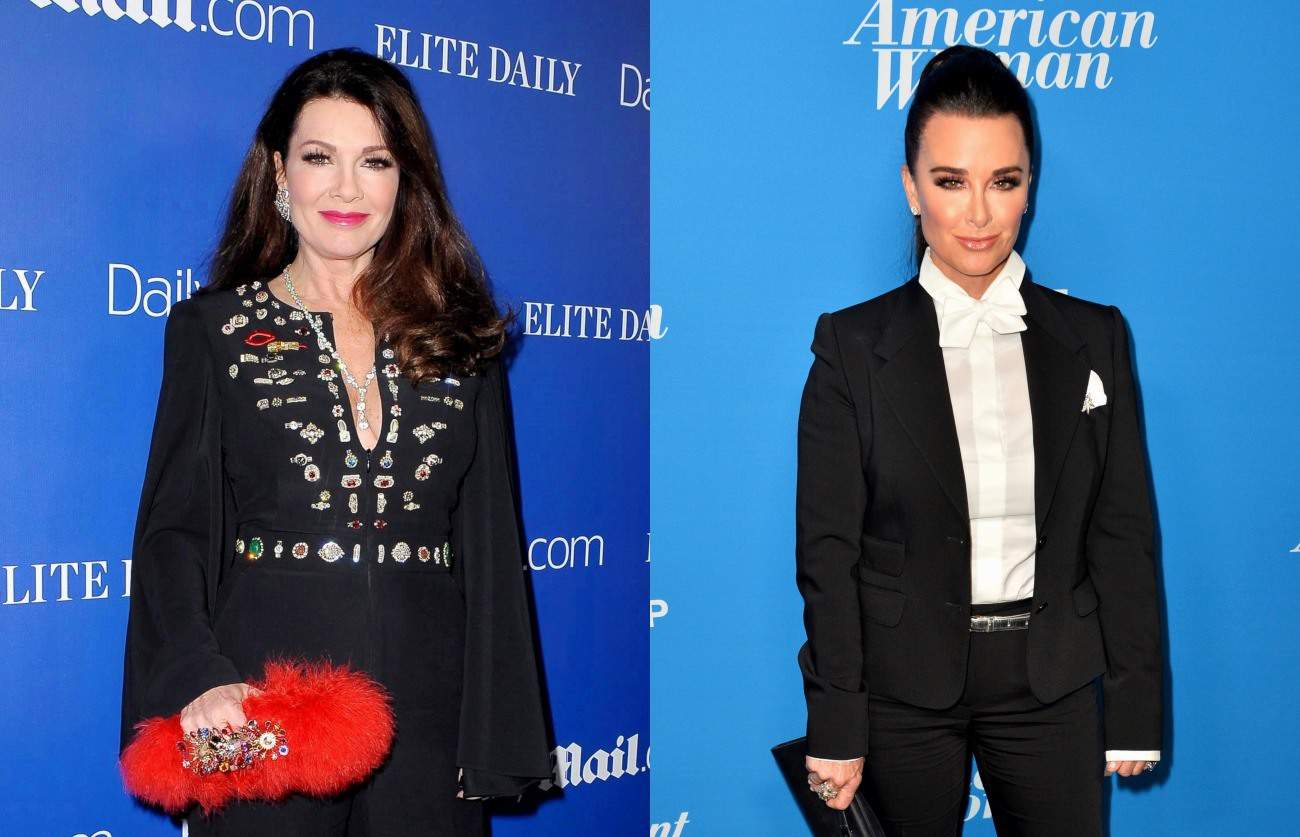 Lisa Vanderpump is firing back at her Real Housewives of Beverly Hills castmates after they questioned and criticized her decision to take a lie detector test.

On the latest episode of the RHOBH, Bravo shocked viewers when they showed Lisa, at the end of the episode, wired up and getting ready to take a polygraph test, in an effort to clear her name from the Puppy Gate drama. All season long, Lisa has been accused by her castmates of leaking a story to the press about a dog Dorit Kemsley adopted ending up at a shelter.

Following that episode, Kyle Richards took to Twitter to throw shade at Lisa, as she questioned why Lisa felt the need to go that far, and later called her decision “extreme.”

“Are you kidding me? NOOOOOO Who goes to these lengths? Who wrote the questions? Who ordered the test? #liedetectortest!!!!” Kyle tweeted. 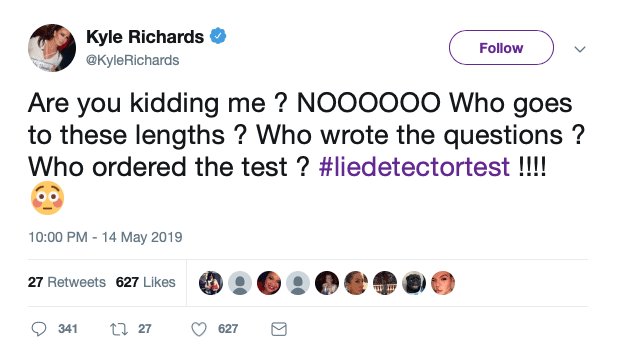 Lisa is now responding as she took to Twitter on Friday to fire back at Kyle’s criticism.

“Ha yes…just because you call me a liar for fifteen episodes in front of millions,why on earth would I want to take a lie detector lol?” asked Lisa on Twitter on May 17. “So ridiculous …I should just agree with them.” 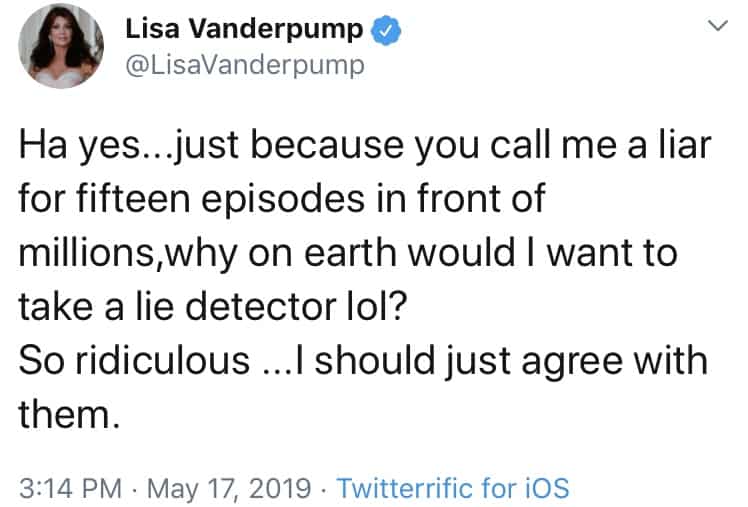 Kyle wasn’t the only one who questioned Lisa’s decision to take a polygraph test as Erika Jayne did the same during her appearance on Watch What Happens Live on Tuesday night.

In a separate post from yesterday, Lisa responded to a tweet in which someone pointed out that she’s done more than enough to convince her co-stars that she did not lie about leaking a story to Radar Online.

“Right, so [Lisa Vanderpump] has done the following: sworn on her children’s life’s, done a lie detector test, [and] Radar Online has confirmed Lisa has never gave a story. What more do these women need? #RHOBH”