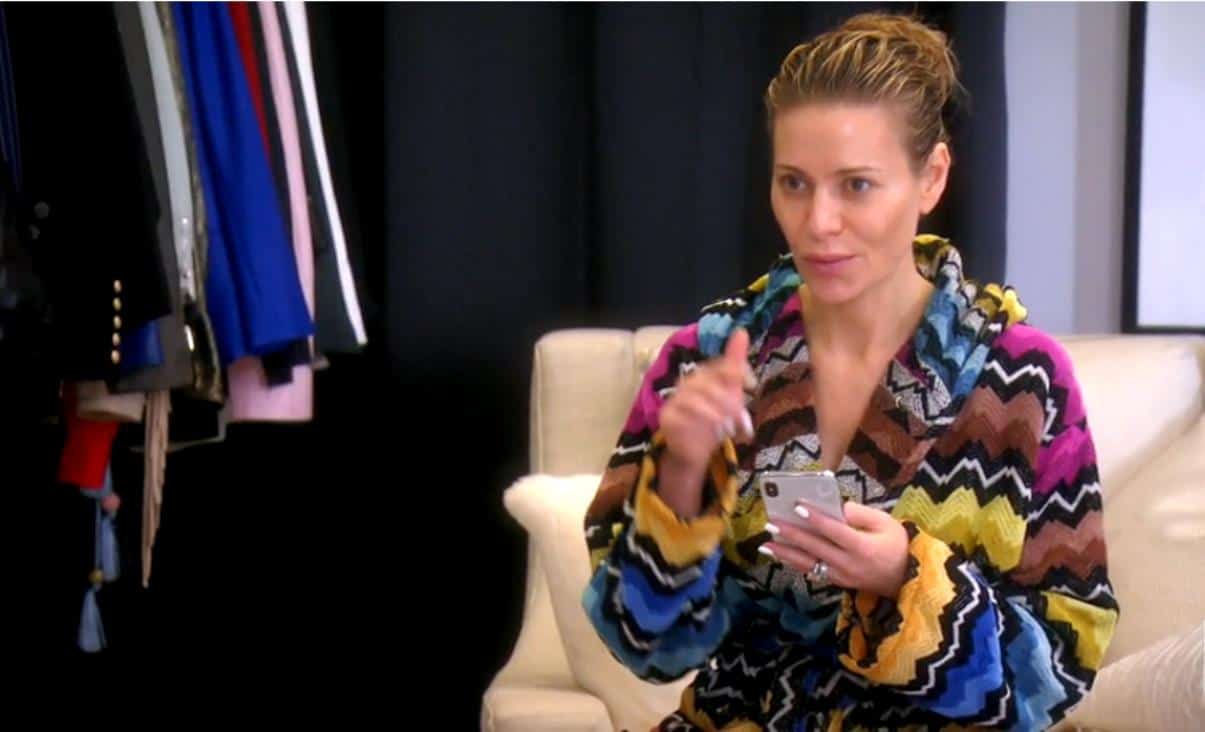 Alas, have we gotten to an episode of the Real Housewives of Beverly Hills that does not mention Lucy the dog?! Spoiler alert: don’t count on it.

Erika and all of the “creatives.” She’s going on tour, ya’ll. The Pretty Mess will be hitting up 15 cities and therefore, she OBVIOUSLY needs some fabulous looks. Listening to Mikey, Erika’s creative director, brainstorm costumes is amazing and hilarious. Do we need to be reminded that Erika is a 47-year-old woman?!

Dorit and Kyle meet up with Teddi for some shopping. They are on the hunt for Denise’s wedding gift and naturally loose lips Kyle blurts out that the last time she saw Denise and Aaron, she heard alllll about Aaron’s large penis. Like, why does she feel the need to always gossip?! The girls talk sh*t about the fact that Denise is planning her wedding in two days and Kyle shares that she cannot go, but she does “want pictures.” Translation: she thinks this is gonna be a disaster and can’t wait to see the pics to prove it.

Two days before the nuptials, Denise and Aaron roll up to the potential venue on their motorcycle and Denise behave like a frazzled mess…just like her outfit. Does she forget she is on television? Denise rattles off their to-do list for the upcoming wedding and shocks the pants off of the venue coordinator once he realizes that Denise wishes to be married in just a mere two days.

In the meantime, Kyle reminds Teddi that she is going to see LVP at Denise’s wedding. Teddi claims that she will be fine when she sees Lisa, but IRL you know she is shaking in her boots. Selfishly, Kyle wants all the ladies to get along because it’s just too much for her to balance angry friends and play Switzerland. Riiiiiiight.

Over in Rinna’s world, she’s exhausted. She is hustling, supporting her family, and “selling away” at QVC. Rinna FaceTimes Denise to let her know she will be home in time for her wedding. Basically, it’s a filler to make sure she is relevant. Typical Rinna.

LVP is re-doing her kitchen and you better believe she’s gonna do it big. She wants a bright white kitchen with a $300,000 price tag. Sigh. Must be nice. LVP believes she deserves this new kitchen because of all the crap she has been going through. Hell, she deserves 3 new kitchens after the way Teddi’s been harassing her.

The night before the wedding, Denise is trying to get all of the details finalized. This includes meeting with the officiant and nailing down the guest list. Denise also shares that she wishes to have a candle lit for her late mother and that she hopes her daughters come around to the idea of this wedding…I mean, she only told them two days ago. Whoopsie. Aaron attempts to smooth things over by giving Denise’s daughters a pre-wedding gift and it’s very sweet to see him accept the girls so warmly.

It’s the day of Denise’s wedding and for it only getting planned a few days ago, things seem to be falling into place. Despite the fact that Denise has no idea what the venue is going to look like or if anyone will show up, she is as cool as a cucumber and ready to marry the man of her dreams. To celebrate, Erika has decided to rock a Rinna jumpsuit ? and Rinna and Erika travel together to the venue. On the car ride there, the size of Aaron’s penis comes up as a topic of conversation. Hey, I’d rather that than hear about the damn dog.

Teddi promises to control herself during the wedding. “50th birthdays I can ruin, but weddings- come on!” Oh, Teddi, how incredibly kind of you! LVP shares that she is “not thrilled to see the other women…” I don’t blame you, LVP. She gives a very surface greeting to the gang and the tension is thick. Dorit realizes that she will not be getting an apology any time soon from LVP, but is okay with it because as long as LVP is friendly towards her, she feels like she wins a prize.

It’s 2:30 and the wedding was supposed to start at 2:00. Denise does not seem in ANY hurry and as her guests sweat their alcohol out, they begin to grow impatient. Any downtime may lead these ladies into a dark hole…Now it is nearly an hour later than the start time and everyone’s melting. After what feels like an eternity, Aaron, Denise, and her daughters make their way down the aisle…to heavy metal music. Uhhhh…. The ceremony is quite nice, but it’s almost impossible to hear the beautiful words due to the low-flying paparazzi helicopter. Through it all, they are now husband and wife…and really, that’s all that matters.

Teddi and Erika have to duck out for another engagement and slowly but surely, all the women make their exits. Somehow there was miraculously no drama, which is quite an encouraging sign…

But…I spoke too soon. The next day, Dorit gets a news alert and it’s startling. There’s an article out: “Stabbed in the back, Lisa ‘extra hurt’…” over Lucy the dog. Dorit is appalled by this circulating story that insinuates she mistreats animals. The article goes on and on in detail and Dorit and PK honestly believe that LVP is the one who leaked this story to the press. The detectives recognize the “English word” nip and deduce that LVP’s relationship with Radar Online has gotten even closer. PK states that the article is below the belt and Dorit has had it. “This is a whole other layer of betrayal.” Dorit decides she will wait and see if LVP will give HER a call. Yea right. Don’t hold your breath, Dorit…