Is Camille Grammer Skipping the RHOBH Reunion? Plus She Slams Kyle Richards as ‘Creepy’ and Says She’s the ‘New Target’

by Lindsay Cronin May 9, 2019 329 comments
ShareTweetWhatsappPinterestRedditTumblrMailFlipboard 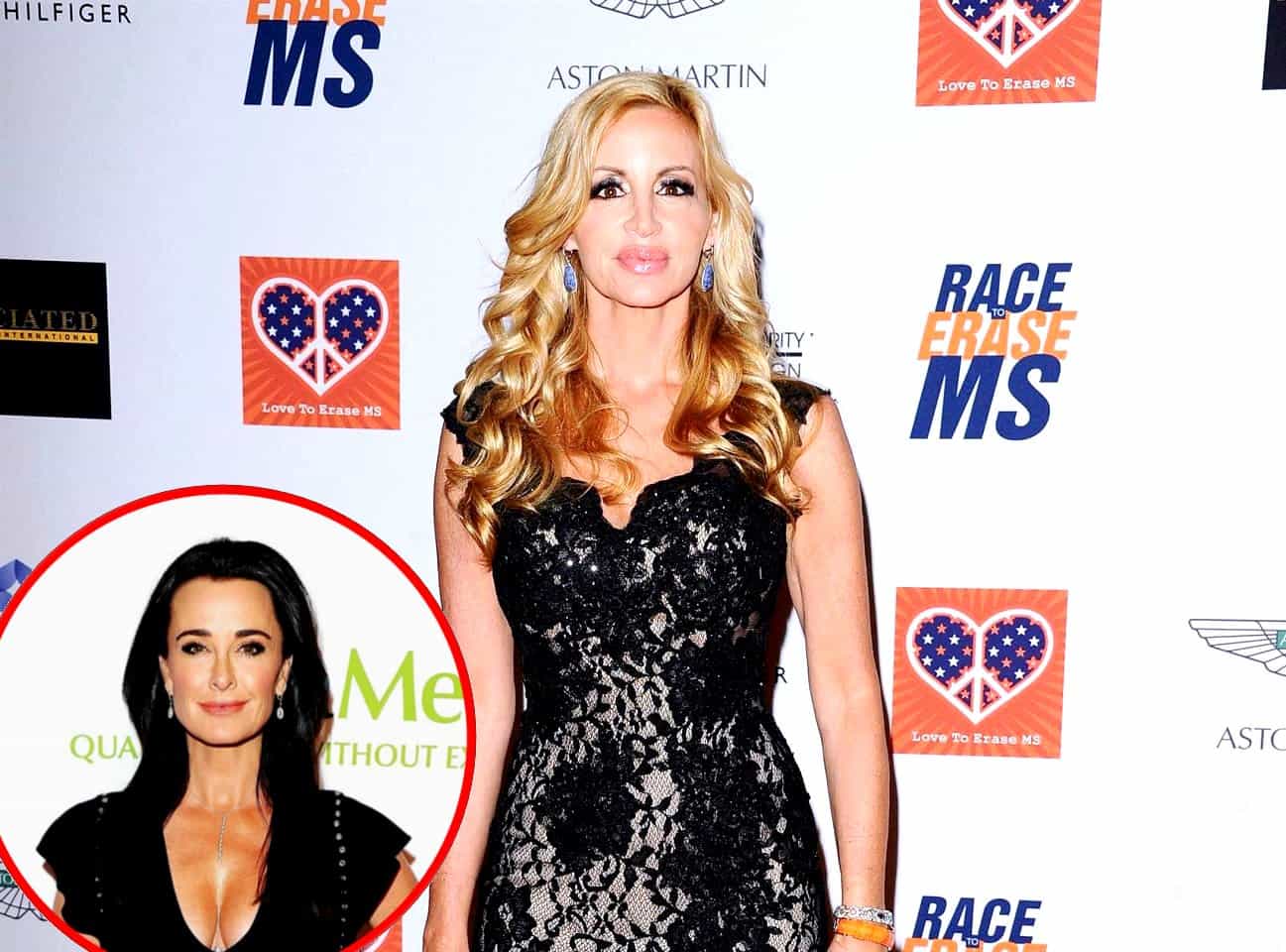 In a series of new tweets, which were shared after a number of members of the cast seemingly turned on her during Tuesday’s show, Camille opened up about her thoughts on attending the reunion before labeling herself as the “new target” and slamming her former friend Kyle Richards as “creepy.”

After a fan suggested Camille “buckle up” and said she was the “new prey,” Camille shared a tweet in which she agreed with the fan and voiced her concerns about the upcoming reunion.

“I know!!” Camille wrote. “The reunion will be a Camille gang up.”

Camille then confirmed she would not be attending the taping.

“I’ll pass thank you. That new target now that [Lisa Vanderpump] stopped filming is me. I’ll pass,” she explained. 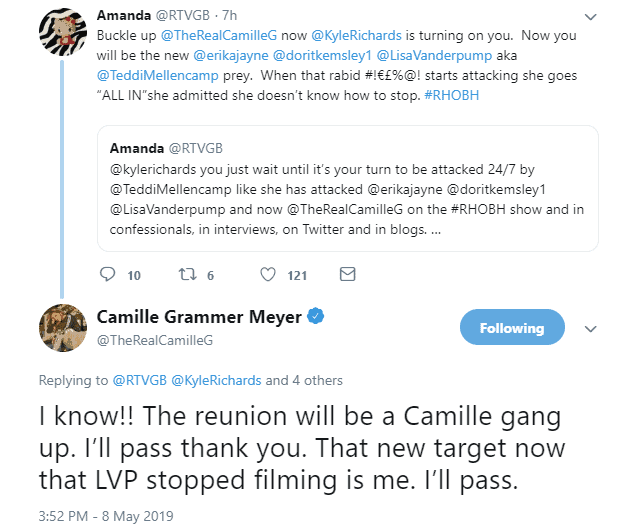 When another fan pleaded with Camille to attend the reunion, Camille stood her ground and revealed that she wouldn’t be getting a bonus for participating like the full-time members of the cast.

“Thank you but they should pay me,” she said. “The other ladies get big bonuses. I don’t.”

In another tweet, Camille took aim at Kyle while responding to a fan who said she was acting like a “teenager crushing on” Teddi Mellencamp and labeled their friendship “weird.”