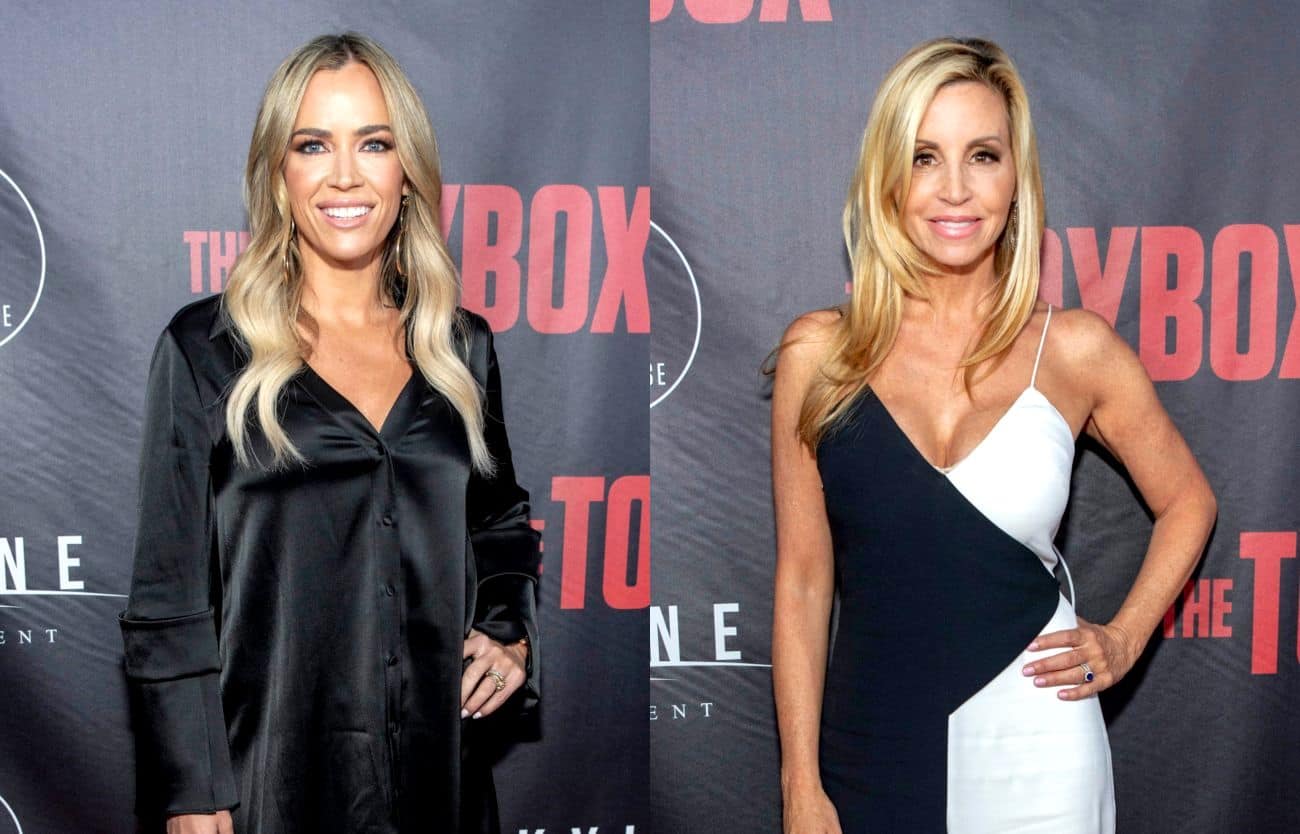 New conflicts are beginning to emerge on the Real Housewives of Beverly Hills following the Puppy Gate drama. The latest ongoing feud is now between Teddi Mellencamp and Camille Grammer.

During last night’s episode of the Bravo show, Camille was shown defending Dorit Kemsley after Teddi interrupted a conversation Dorit was trying to have with Kyle Richards.  And in her confessional interview, Camille was seen shading Teddi by calling her a “know-it-all” and saying she had a “big mouth.”

Well, Teddi is now firing back at her castmate and even revealing that she regrets having attended Camille’s wedding, which took place back in October 2018.

First, Teddi accuses Camille of being two-faced in her latest Bravo blog.

“Yep, I know that I have a big mouth (thanks, Camille),” wrote Teddi. “I also know that Camille would rather open hers to talk badly behind people’s backs and then quickly turn around and talk nicely to their face.”

Teddi then tries to explain why she interjected herself into the conversation between Kyle and Dorit.

“I know that I inserted myself into the Dorit/Kyle conversation, but I think my instincts about what was happening were validated by that PK/Ken phone call,” she shared, referencing the fact that Paul ‘PK’ Kemsley had spoken to Lisa Vanderpump’s husband, Ken Todd, right before he threw some shade at Kyle for not being able to maintain a friendship with Lisa.

To close out her blog, Teddi surprisingly mentions that she regrets attending Camille’s wedding.

CAMILLE ACCUSES TEDDI OF PLOTTING AGAINST HER!

“If I truly knew it all, I would have known how Camille actually felt about me and not wasted my time going to her wedding,” concluded Teddi.