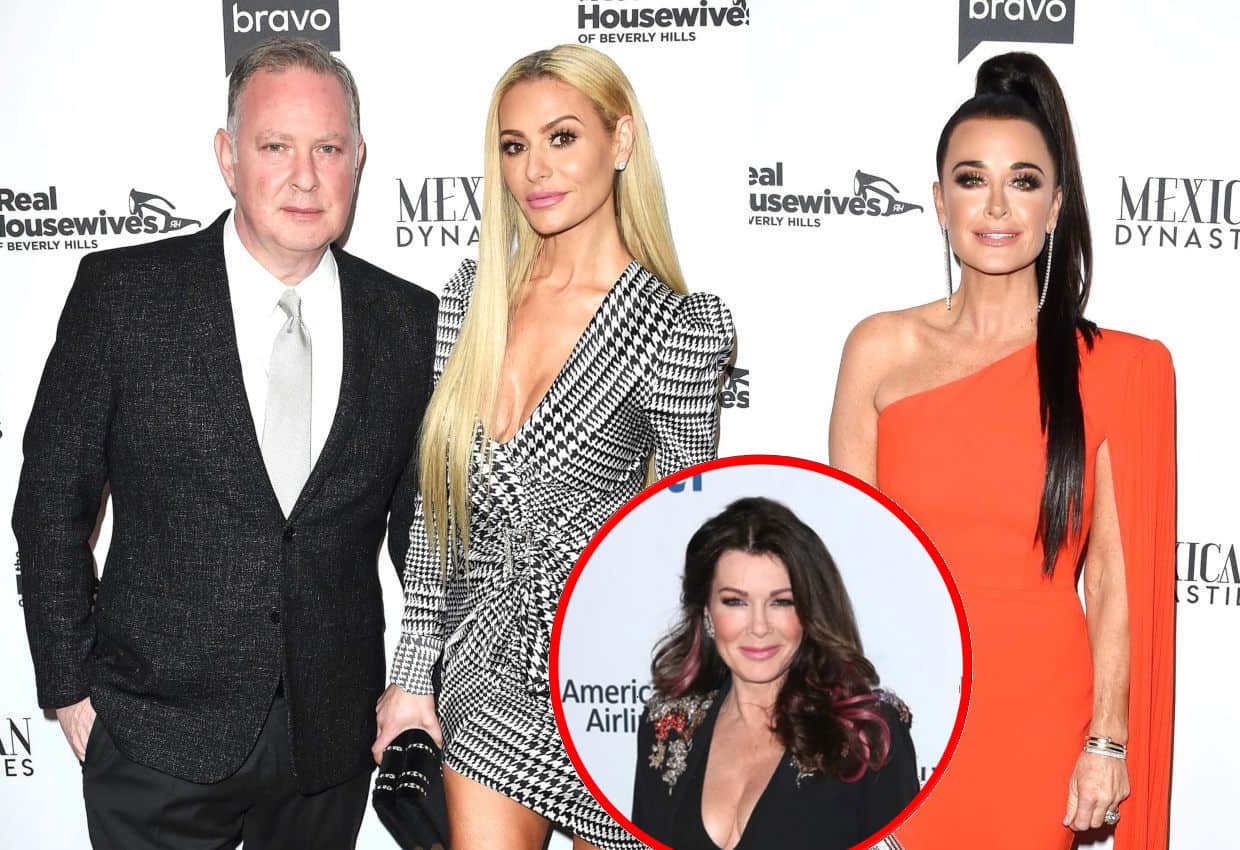 Puppy Gate has officially ended on The Real Housewives of Beverly Hills, and in the aftermath, it appears the rest of the cast will start to squabble with one another with Lisa Vanderpump no longer in the mix.

On tonight’s all-new episode of the RHOBH, Dorit Kemsley’s husband, Paul ‘PK’ Kemsley, and Kyle Richards will be seen getting into a tiff after PK throws some major shade at Kyle over her feud with Lisa.

While backstage at a Boy George concert, Kyle discusses her fears of getting up on stage, and PK responds by saying: “You’d have issues. You can’t even get along with your best friend.”

Although PK maintained he was only joking, Kyle was none too pleased and reminded him that he was also on the outs with his longtime friend Lisa.

“You’re in the same f**king position,” Kyle fired back. “I don’t want to burst your bubble PK, but Lisa’s not talking to you.”

In a surprising twist, PK responded by telling Kyle he is actually on speaking terms with Lisa’s husband, Ken Todd, stating he had spoken to Ken for an hour that day.

Kyle appeared to feel somewhat betrayed as she stated that she was fighting with Lisa because she chose to defend Dorit amid the Puppy Gate fiasco.

“The whole reason I even got into this situation was speaking up on your wife’s behalf,” said Kyle in her talking head. “And now, you’re giving me a jab and trying to get back into Lisa and Ken’s good graces? Is that what’s happening here?”

A preview clip is below.

In other RHOBH news, Lisa and Lisa Rinna remain entangled in a social media feud after Rinna responded to Lisa’s dig at the RHOBH cast, when she implied they acted like pigs during The Bahamas vacation earlier this season.

After a report came out this weekend stating the cast was willing to make amends with Lisa if she apologized for her alleged role in Puppy Gate, Rinna responded on our Instagram page by writing: “Yeah. Right. When pigs fly.”

Following our article yesterday, Lisa responded to our story after a fan tweeted it to her by sharing a series of pig-related posts on her Twitter page.

“Hey y’all,” she wrote in a post in which she retweeted a clip of a pig sticking its head out of a car.