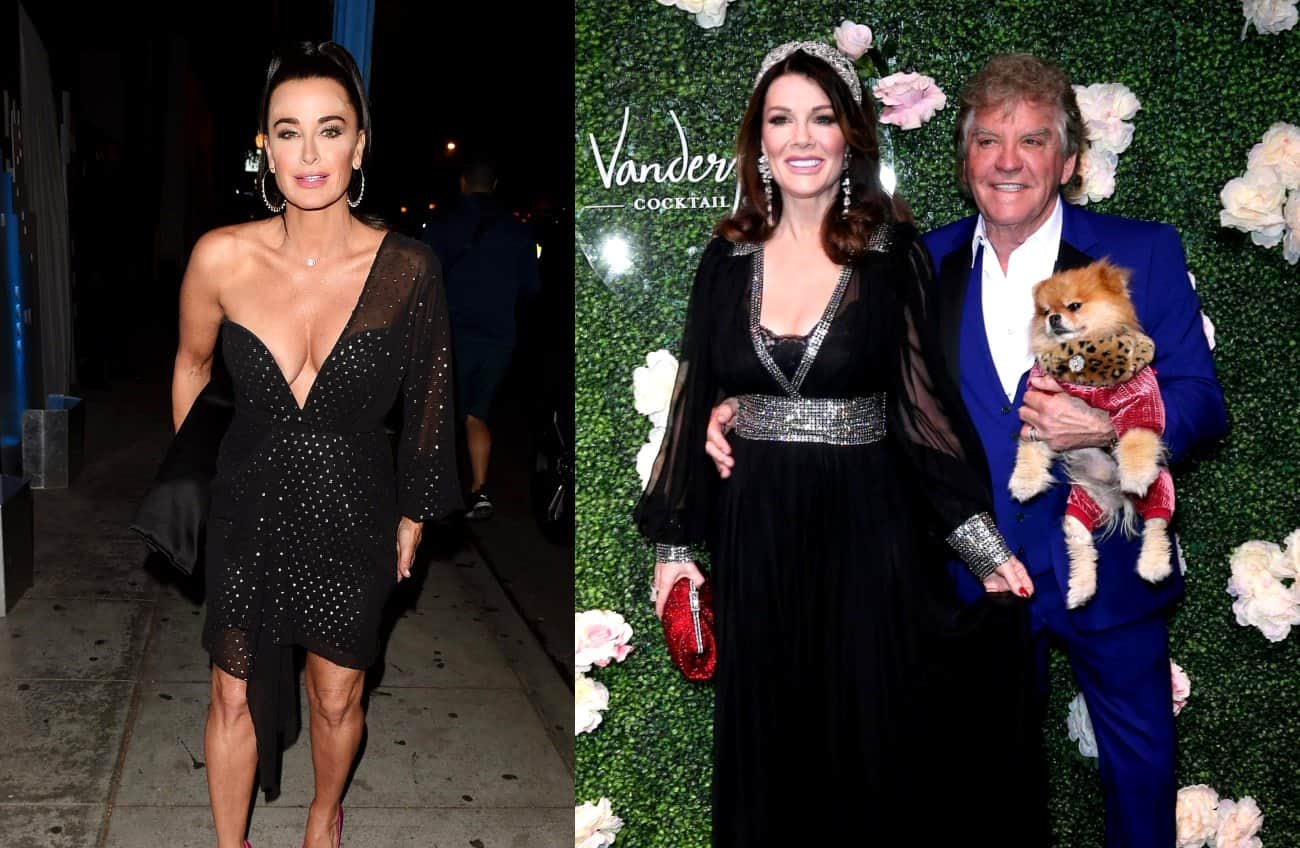 Kyle Richards is looking back on her fight with Lisa Vanderpump and Ken Todd and laughing — literally.

Earlier this week, after fans watched her get thrown out of Villa Rosa by Ken on The Real Housewives of Beverly Hills, Kyle shared a series of video clips on Instagram in which she and her friends, including Faye Resnick and entertainment reporter Justin Sylvester, were seen mocking Ken as they walked passed SUR Restaurant.

“I’m going to order a ‘Goodbye Kyle’ on the rocks,” Kyle joked on April 4 as she zoomed in on the restaurant’s sign.

As fans saw on Tuesday, “Goodbye Kyle” is what Ken yelled at Kyle as he kicked her out of his home. Since then, some fans of the show have been using the #GoodbyeKyle hashtag on social media as well to poke fun at Kyle.

“Justin, what do you want to drink?” she then asked.

“I will have a tequila with a side of ‘Goodbye Kyle,'” Justin replied.

In another clip, Kyle’s Uber driver got in on the action, saying, “Goodbye Kyle!”

Later on, as Faye exited the vehicle they were riding in, Kyle said, “Goodbye Faye,” in a manly voice as Faye replied, in her own manly voice, “Goodbye girls!”

After sharing her posts on Instagram, several Twitter users took aim at Kyle’s behavior on Twitter, one of whom called her out for being a “mean girl.”

“Wow Kyle, Erika really turned you into a mean girl. You’re better than this. I’m starting to dislike you, and you and [Lisa] have always been my favorite housewives,” the person wrote.

“Nobody turned me into anything,” Kyle replied. “This fight was 7 months ago. Should I be crying 7 months later?”

Nobody turned me into anything. This fight was 7 months ago. Should I be crying 7 months later?