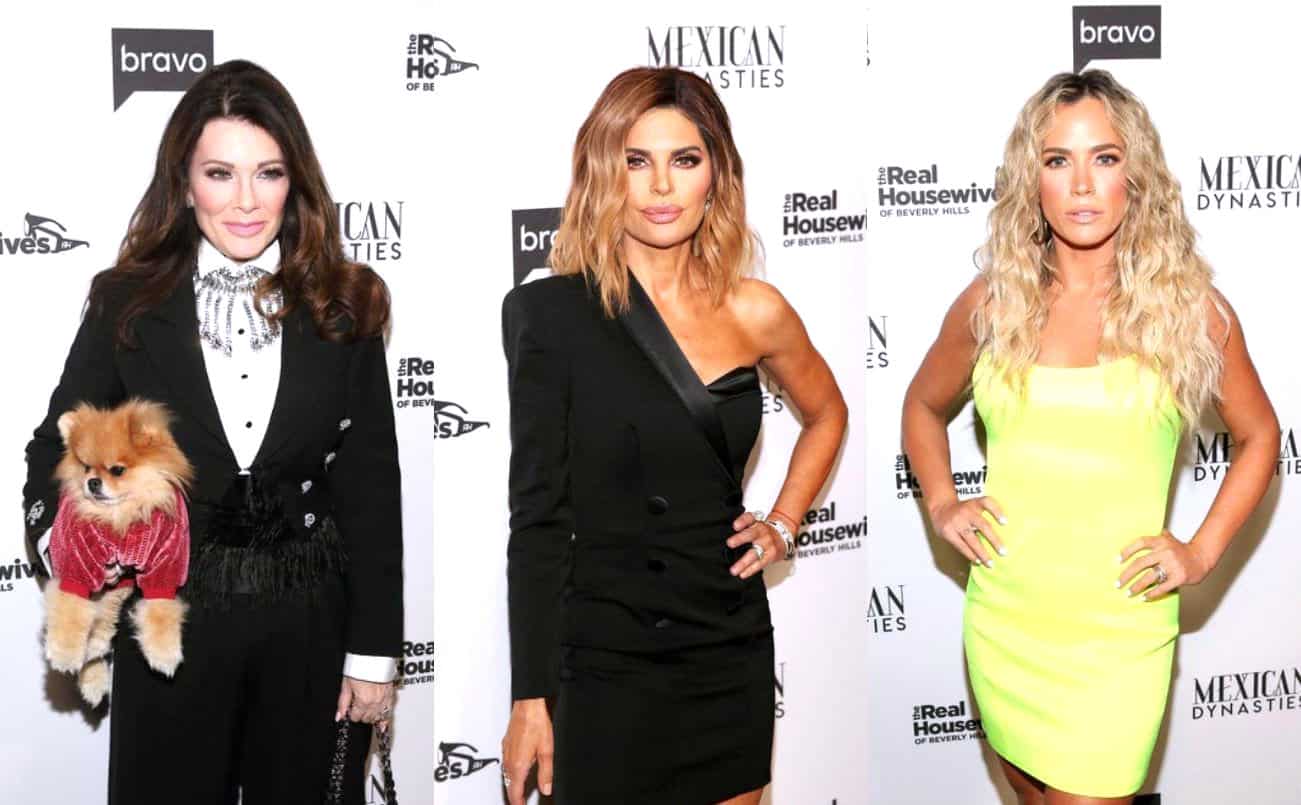 The Real Housewives of Beverly Hills cast is not only at war on the show, but also on social media.

Lisa Rinna appeared on an episode of Watch What Happens Live earlier this week and said she didn’t discuss the lawsuit against Dorit Kemsley because she didn’t want to upset her in the way she had supposedly upset Lisa Vanderpump last season after bringing up a since-dismissed lawsuit against her husband, Ken Todd.

Lisa V. is however firing back, calling Lisa R. a “liar” and denying she got upset when the lawsuit was brought up on the show last year.

“What a liar!” she told a fan. “I just talked about [it] logically, I knew it was rubbish and thought it would be thrown out.”

What a liar! I just talked about logically,I knew it was rubbish and thought it would be thrown out.

Lisa V. then took things one step further by suggesting her Real Housewives of Beverly Hills co-stars were “pigs” in response to a tweet from her friend and former cast member Joyce Giraud about being at the ‘Pigs Bay’ during a vacation in The Bahamas.

“Your experience was better than mine in the Bahamas,” she tweeted. “[I] would’ve rather been with pigs, well I kinda..”

your experience was better than mine in the Bahamas,would’ve rather been with pigs,well I kinda.. pic.twitter.com/43fyn9TG2z

After seeing what Lisa V. had written, Teddi Mellencamp shared a response to the diss on her Instagram Story.

“Tell you to your face how I feel about you. You call us f****** b***hes and compare us to pigs on Twitter. But right, I’m the #meangirl. K @LisaVanderpump,” she wrote, along with a screenshot of her co-star’s tweet. 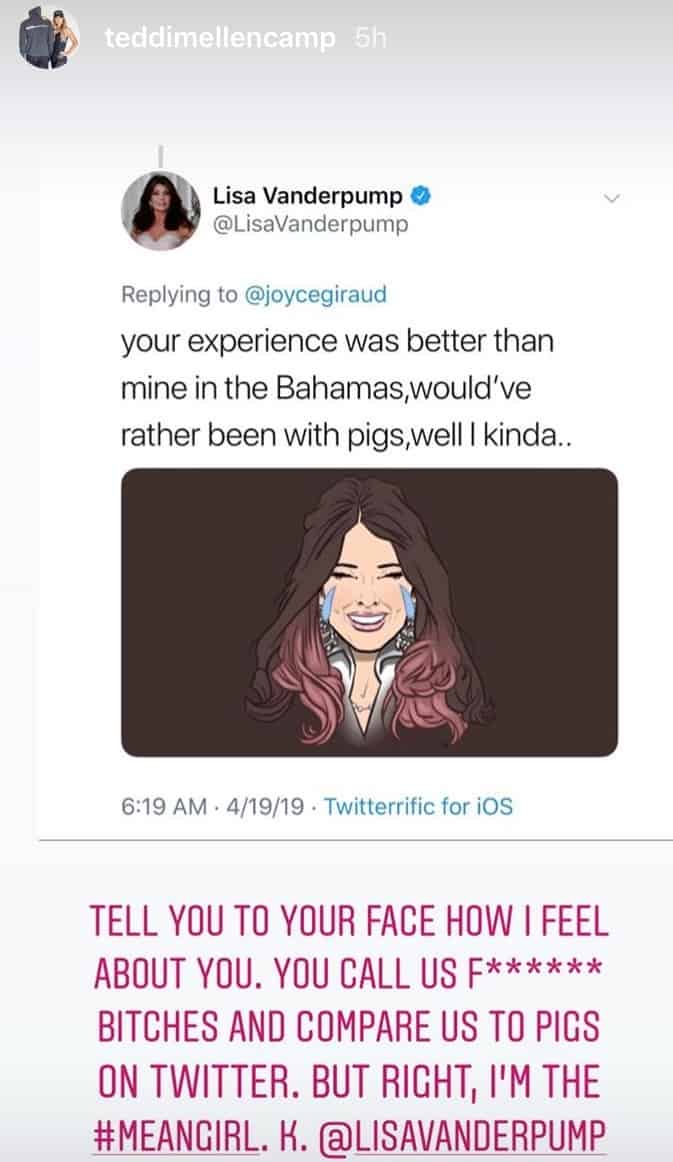 Lisa V.’s diss comes just weeks after Teddi shared a link to her TMZ interview, in which Lisa V. defended Dorit regarding Puppy Gate, and said she deserved a “Razzie” award — which is typically handed out to bad actors.

The Razzie goes to https://t.co/Zd9lHdfzgc

As seen on the show, despite that interview, the cast remained convinced that Lisa V. was the one who leaked the story about Dorit’s dog ending up at a shelter to the media.