Home Real Housewives of Beverly Hills News Camille Grammer Regrets Going to “Nightmare” RHOBH Reunion and Calls Costars ‘Hypocrites,’ Was She Included in the Cast Dinner After the Filming?

Camille Grammer Regrets Going to “Nightmare” RHOBH Reunion and Calls Costars ‘Hypocrites,’ Was She Included in the Cast Dinner After the Filming? 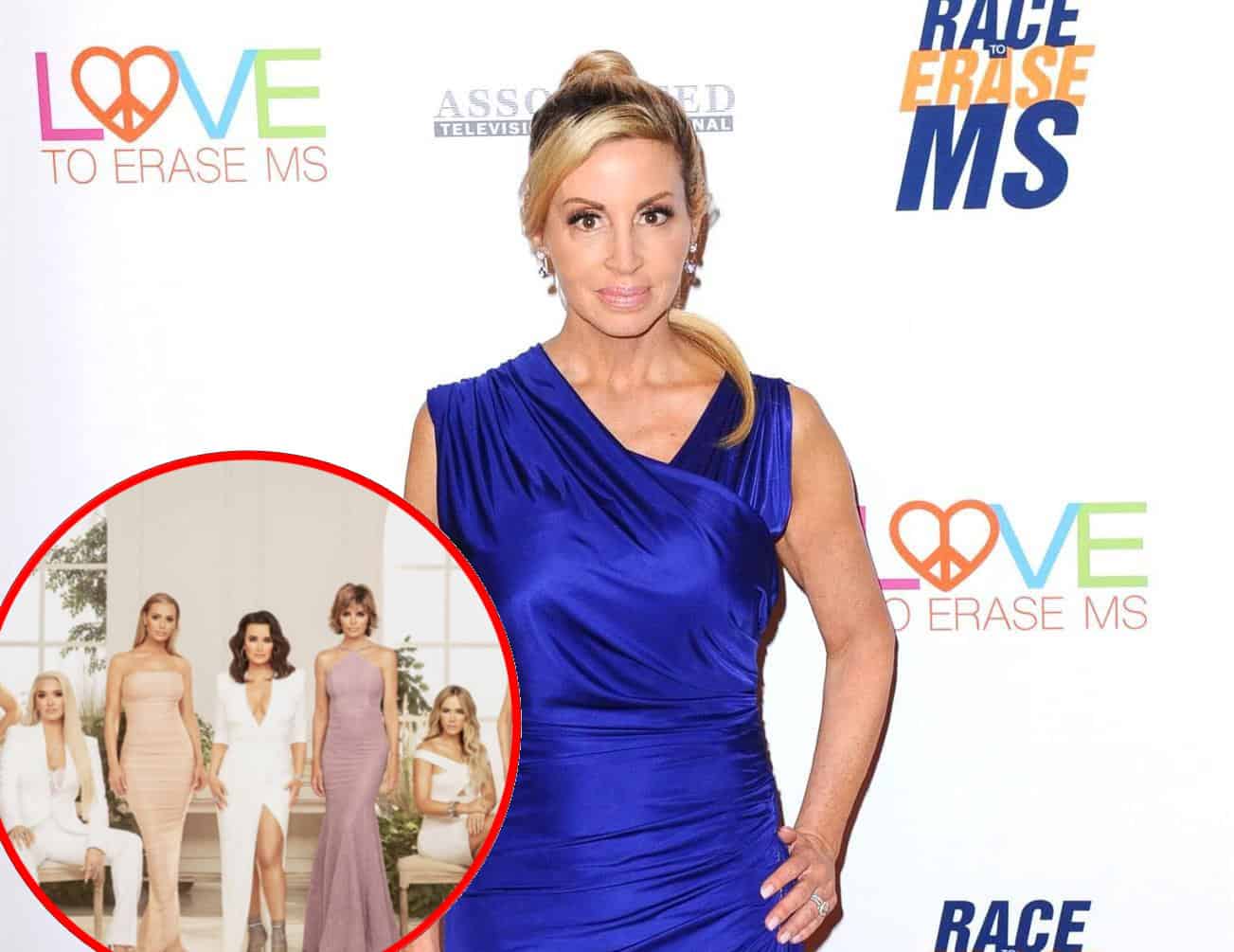 Camille Grammer made an appearance at the Real Housewives of Beverly Hills reunion taping on Wednesday but looking back, she wishes she hadn’t, as a new report reveals Camille was in the “hot seat” during the filming.

In a series of new tweets, Camille opened up about her thoughts on attending the recent taping and revealed if she was present when her co-stars, including Kyle Richards, Lisa Rinna, Dorit Kemsley, and Denise Richards, celebrated the end of production with dinner at Craig’s restaurant in Los Angeles.

“I showed up in good faith for #RHOBH reunion but I shouldn’t have gone,” Camille tweeted on Thursday. “Hindsight is 20/20.” 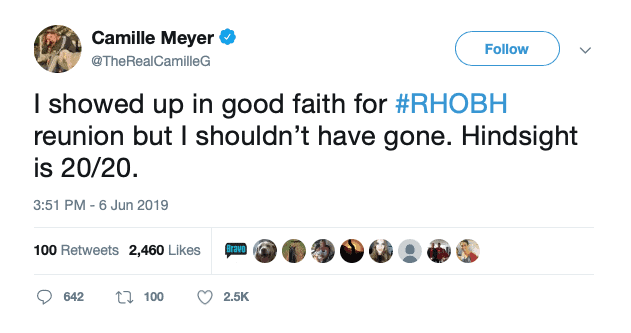 Following the taping, the women of the cast were seen leaving Craig’s restaurant in their reunion attire but Camille was nowhere in sight. On Twitter, after a fan asked if she was included in the cast dinner, Camille responded, “No,” confirming she did not attend the post-production celebration.

After another fan suggested TMZ had claimed she was present, Camille told the fan that the reunion wasn’t fun for her and labeled the taping a “nightmare.”

“I didn’t have fun. It was a nightmare for me. The other ladies might of had fun,” she explained. 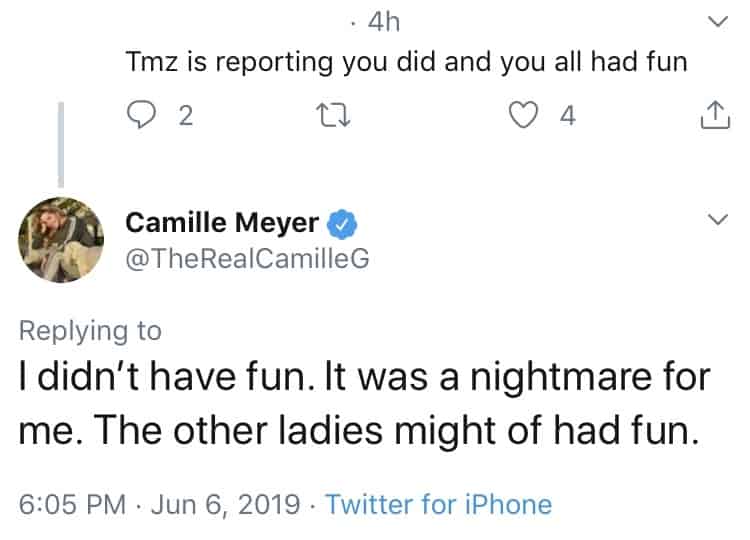 Camille went on to elaborate on why she had such a horrible time at the taping by suggesting her co-stars were out to get her.

“They have been talking behind my back the whole time,” she wrote, adding, “The Hypocrisy of it all.”

They have been talking behind my back the whole time. The Hypocrisy of it all.

And finally, a new report from Us Weekly is giving some insight into Camille’s experience at the reunion as a source tells the site she had a rough time.

“Camille was in the hot seat,” revealed an insider. “The women were taking her to task.”

Camille’s attendance in itself was unexpected as she revealed last month that she had no plans on attending it, stating she feared it would be a “gang-up.” It’s unknown why she had a change of heart.