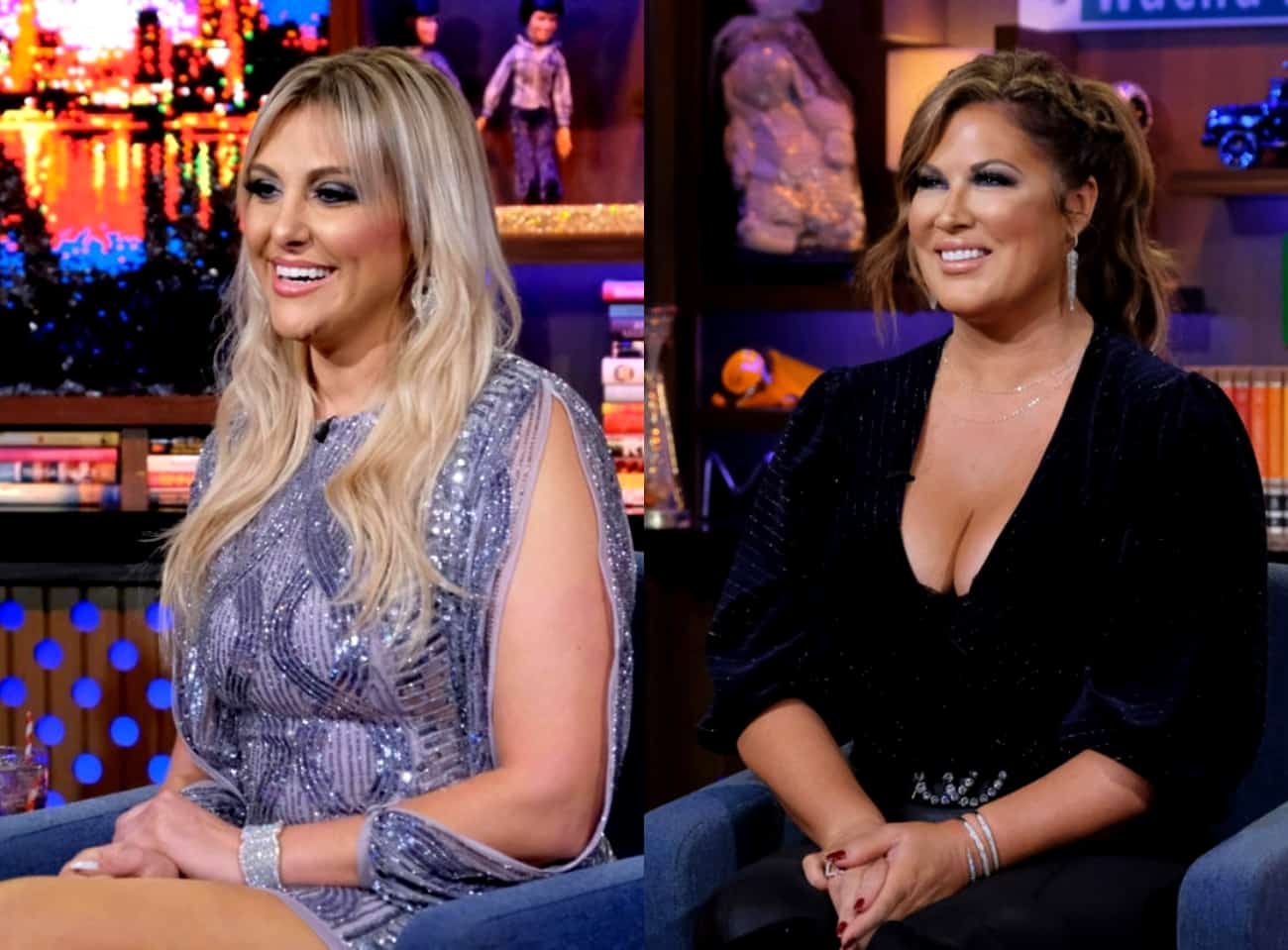 The Real Housewives of Orange County star Gina Kirschenheiter is dishing on why she was so hurt after costar Emily Simpson set her up with Shane Simpson‘s cousin.

As fans saw on Tuesday night’s brand new episode of the RHOC, Gina was stood up by her date, who Emily set her up with, because he claimed to have a broken toe.  Needless to say, Gina was pretty disappointed.

“My first thought was, ‘A f***kin’ toe?’ Did you break your vagina?” Gina joked about the broken toe on Bravo TV’s RHOC After Show. “You literally give birth, you have a human come through your vagina and they send you home and they’re like, ‘Now care for this human,’ but you break a toe and you can’t get in an Uber?!”

In the episode, the newly-single housewife eventually accepted the fact that the date was canceled (despite her fresh spray tan) after Shane’s cousin revealed over the phone that he actually had a girlfriend and that Emily and Shane knew this all along.

“This is where I get into this weird territory with Emily because I don’t know if I can trust him, you know, and I like to give my friend the benefit of the doubt,” the mother-of-three explained during the After Show. “But he’s like, ‘Emily and Shane told me it was gonna be a fake date.'”

“So he’s just, like, trying to get TV time?” chimed in Tamra Judge who was sitting beside Gina during the interview.

Gina went on to express that she had a “heavy hit” this year and this was just another bad experience to add to the list. As fans already know, Gina underwent a nasty divorce and a DUI arrest in a very short period of time. Then, as the New York native attempted to explain how hard it was for her to have her heart broken again, Tamra interjected by blurting out, “Betrayal.”

“[Betrayal] is worse than what had come before it. That’s when you’re having a bad time,” added Gina.

In the interview, a producer then asked off-camera, “That was worse than going to jail?”

As fans can remember, Gina and Emily had seemingly gotten past a bad rough patch in their friendship during their trip to Miraval. The two said a lot of hurtful things to each other during the retreat, but they had both apologized and agreed to move forward. But after Emily’s supposed betrayal, the two will likely have a difficult time getting their friendship back to what it used to be.