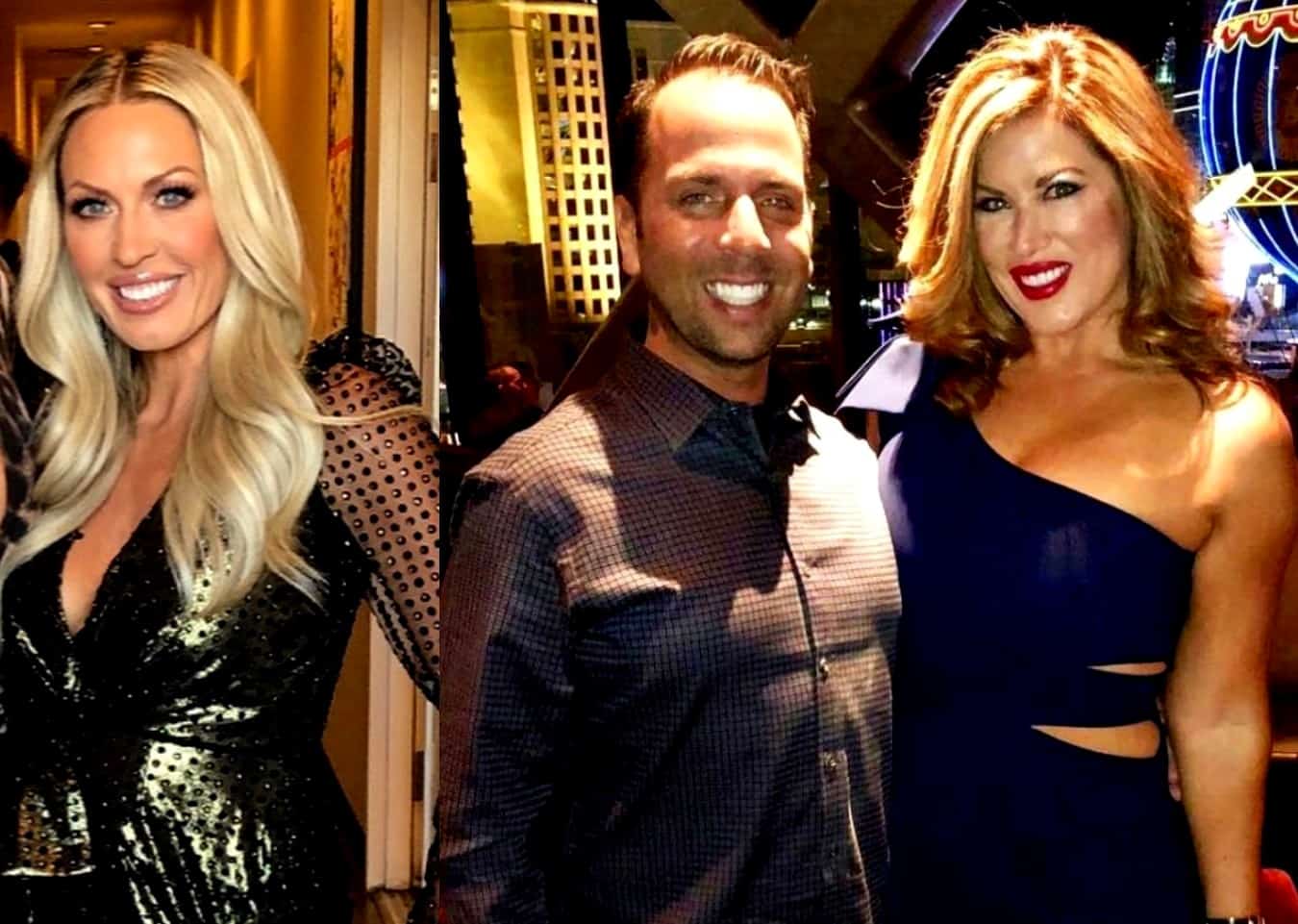 The Real Housewives of Orange County star Braunwyn Windham-Burke is dishing on the first impression she had of Emily Simpson‘s husband, Shane Simpson.

To say Emily’s husband Shane isn’t the warmest of the Orange County housewives’ husbands is a massive understatement. His dry sense of humor and general attitude have gotten him into a lot of trouble on the show, especially with his own wife. But even knowing what Shane is capable of, what he allegedly said to newbie housewife Braunwyn when they first met is downright shocking.

“The first time [Shane] met me, off-camera, he actually said to me, the first words out of his mouth: ‘Are you really this dumb? Or is it an act?'” Braunwyn revealed on Bravo’s the After Show, according to The Daily Dish.

And this isn’t the first time Shane has ruffled feathers on the show with his candidness. Last season, the father-of-three kicked castmember Gina Kirschenheiter out of his house for making too much noise. He also got into it with Kelly Dodd in the middle of a party, resulting in her calling him a dork in front of everyone.

Just last week, Gina also did an interview during which she accused Shane of not respecting Emily or her friends.

As rude as Shane comes off, Emily has called him out publicly, admitting he can be a “d*ck” at times earlier on this season. Still, she continues to struggle with Shane’s poor communication skills. He even made fun of Emily in last week’s episode, taunting her with bread when they were out to dinner even though she said she was trying to watch her weight.

Braunwyn has spoken out about Emily and Shane’s marriage, referring to it as an “arrangement” while on Watch What Happens Live a couple of weeks ago. “I think they are a great family. His family is amazing and they both kind of get something out of it,” Braunwyn said on the show.

Based on that response, it seems Braunwyn has no hard feelings after her first initial meeting with Shane. At least for now, anyway.