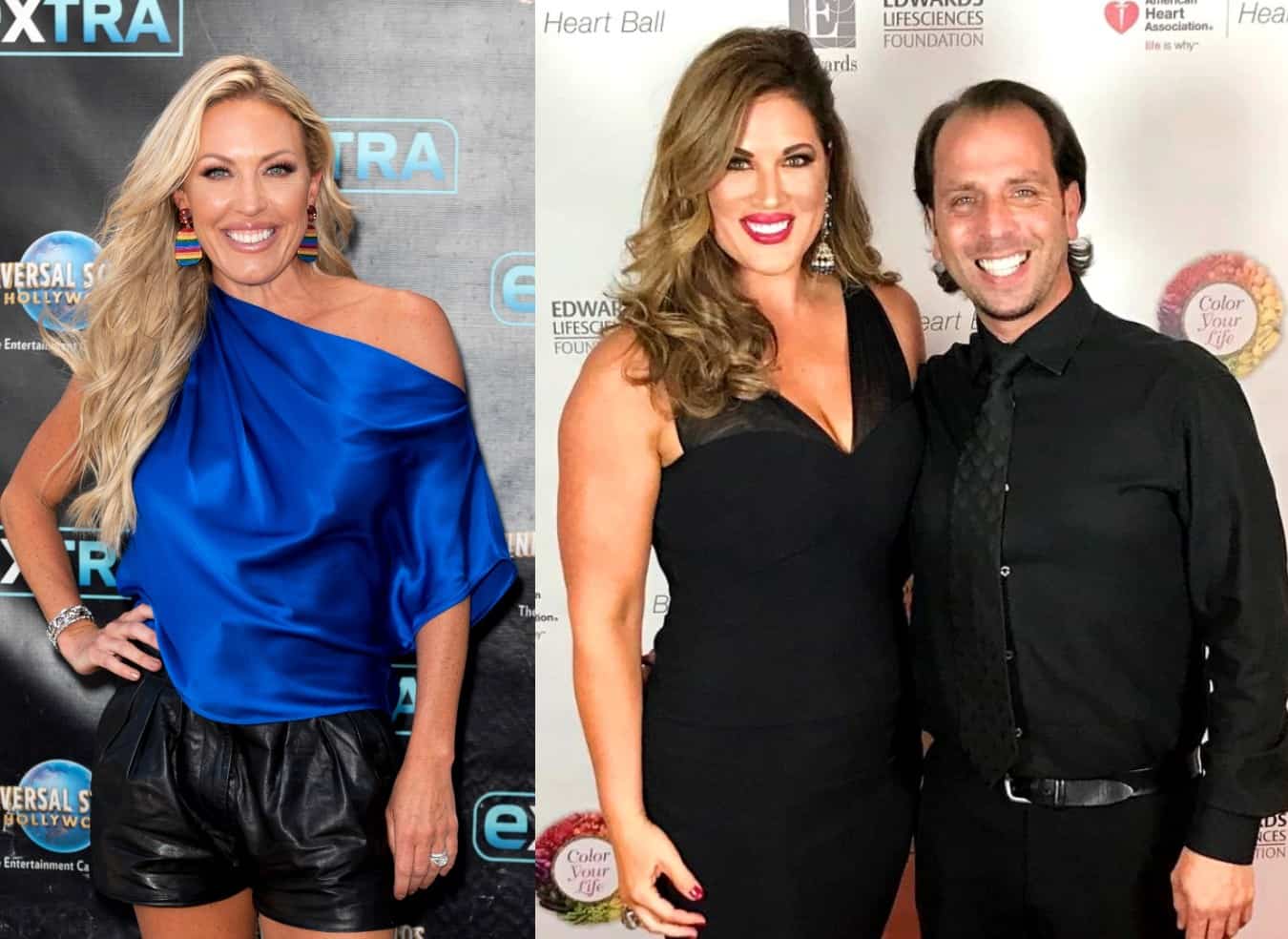 Braunwyn Windham-Burke appeared on Tuesday night’s episode of Watch What Happens Live, where she spoke of Emily Simpson‘s marriage to husband Shane Simpson and revealed whether or not her children are allowed to watch The Real Housewives of Orange County.

While chatting with host Andy Cohen, Braunwyn, the newest addition to the Bravo TV reality series, slammed her co-stars’ marriage as an “arrangement.” Then, she opened up about the biggest prude of the show and shared which of her castmates she didn’t think she’d get along with prior to joining the show.

“I think Emily and Shane have an arrangement and that works for them,” Braunwyn stated. “They are good parents.”

Host Andy then asked if Braunwyn thinks the Simpsons’ marriage is simply based on a co-parenting arrangement.

“I think they are a great family. His family is amazing and they both kind of get something out of it,” Braunwyn answered.

While Braunwyn doesn’t necessarily understand Emily and Shane’s marriage, she noted that “every marriage is different” and said it wasn’t up to her to “decide what works for them as opposed to what works for us.”

As RHOC fans will recall, Braunwyn recently revealed that she and her own husband, Sean Burke, who share seven children, have had a number of threesomes over the course of their marriage. That said, when it comes to the show, they haven’t banned their kids from tuning in.

“My kids have watched the show and we’ve actually had great conversations. It’s really opened the lines of communication. Our family is different and I’m okay with that,” Braunwyn explained.

Later on, during the taping of the Watch What Happens Live: After Show, Braunwyn was asked which of her co-stars she found to be the biggest prude.

“I think Emily is. She’s the one that says, ‘I’m only going to have one glass,’” Braunwyn shared. “And you know, we hang out on the show. We are a cast but we are also friends and we always go out afterwards and there’s usually one person that doesn’t join us.”

Braunwyn then said that after watching “every episode” of RHOC before joining the cast, she was convinced she wouldn’t get along with Tamra Judge due to the bad press she’s gotten over the years.

“A lot of the press she gets isn’t always that great and she’s really the kindest, warmest person that I’ve met and she really has been a mentor and like a big sister,” she gushed. “No matter what she’s doing, when I call her, she picks up the phone.”