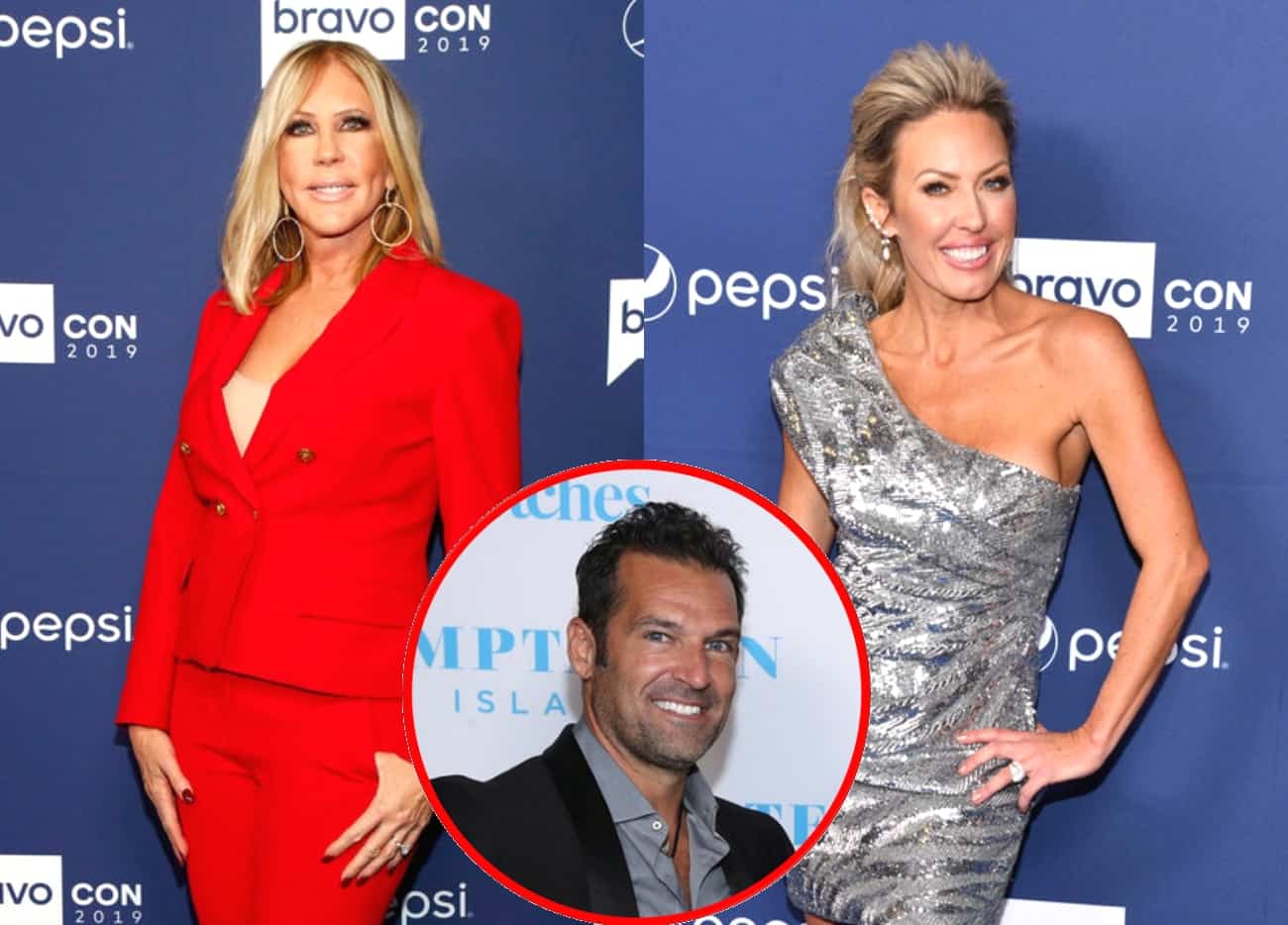 The Real Housewives of Orange County stars Vicki Gunvalson and Braunwyn Windham-Burke were at odds at BravoCon! Plus, Braunwyn’s husband Sean Burke took to Twitter to set the “O.G. of the O.C.” in her place.

While they weren’t on the same stage much at BravoCon, the tension between Vicki and Braunwyn is running high following the big weekend. While sitting on a panel of housewives at the exclusive event, the recently demoted Vicki expressed her disdain for the newbie housewife to a massive crowd of fans.

According to Bravo fan page LoveAndyC, the veteran Orange County housewife didn’t hold back when talking about Braunwyn.

“Vicki said she HATES Brown Wind and WILL replace her next season 😂😂” the Twitter user wrote alongside a picture of the BravCon stage.

Vicki said she HATES Brown Wind and WILL replace her next season 😂😂 #BravoCon2019 #BravoCon pic.twitter.com/fD9Uifzqq8

It’s no secret that Vicki isn’t a fan of Braunwyn’s. On the show, Vicki has talked about the mother-of-seven behind her back, claiming she likes attention and is annoying. But Vicki’s attitude doesn’t seem to scare her one bit.

While sitting on The Juice Is Worth the Squeeze panel alongside her castmates, moderator Amy Phillips revealed to Braunwyn that Vicki had said she should leave the show in a separate panel.

“Honestly, I stole [Vicki’s] orange. Of course she’s pissed,” Braunwyn fired back, according to Bravo.com.

But lucky for Braunwyn, Vicki seems to be the only Orange County cast member that wants to see her go. Even Bravo housewife Gina Kirschenheiter, who has had issues with Braunwyn in recent episodes, admitted she liked having the new cast member around.

“I think she’s really good for us as a cast. She keeps me on my toes,” Gina said of the newbie housewife.

“That’s really sad and desperate. Braunwyn’s Orange is new and shiny freshly picked. Vicki’s orange is old , dated, and apparently now rotten. Nobody wants to see that!!” Sean wrote on Saturday in response to the initial Tweet that revealed to fans what Vicki had said.

While there are still a handful of episodes left in the show’s current season, fans are anxious to see if Braunwyn and Vicki hashed anything out at the reunion that was taped in early November.