Home Real Housewives of Orange County News Tamra Judge Says Vicki Gunvalson “Got in a Fight” With Andy Cohen at RHOC Reunion, Reveals She Wants a ‘Tres Amigas’ Spinoff Show, Plus Does She Want Kelly Fired?

Tamra Judge Says Vicki Gunvalson “Got in a Fight” With Andy Cohen at RHOC Reunion, Reveals She Wants a ‘Tres Amigas’ Spinoff Show, Plus Does She Want Kelly Fired? 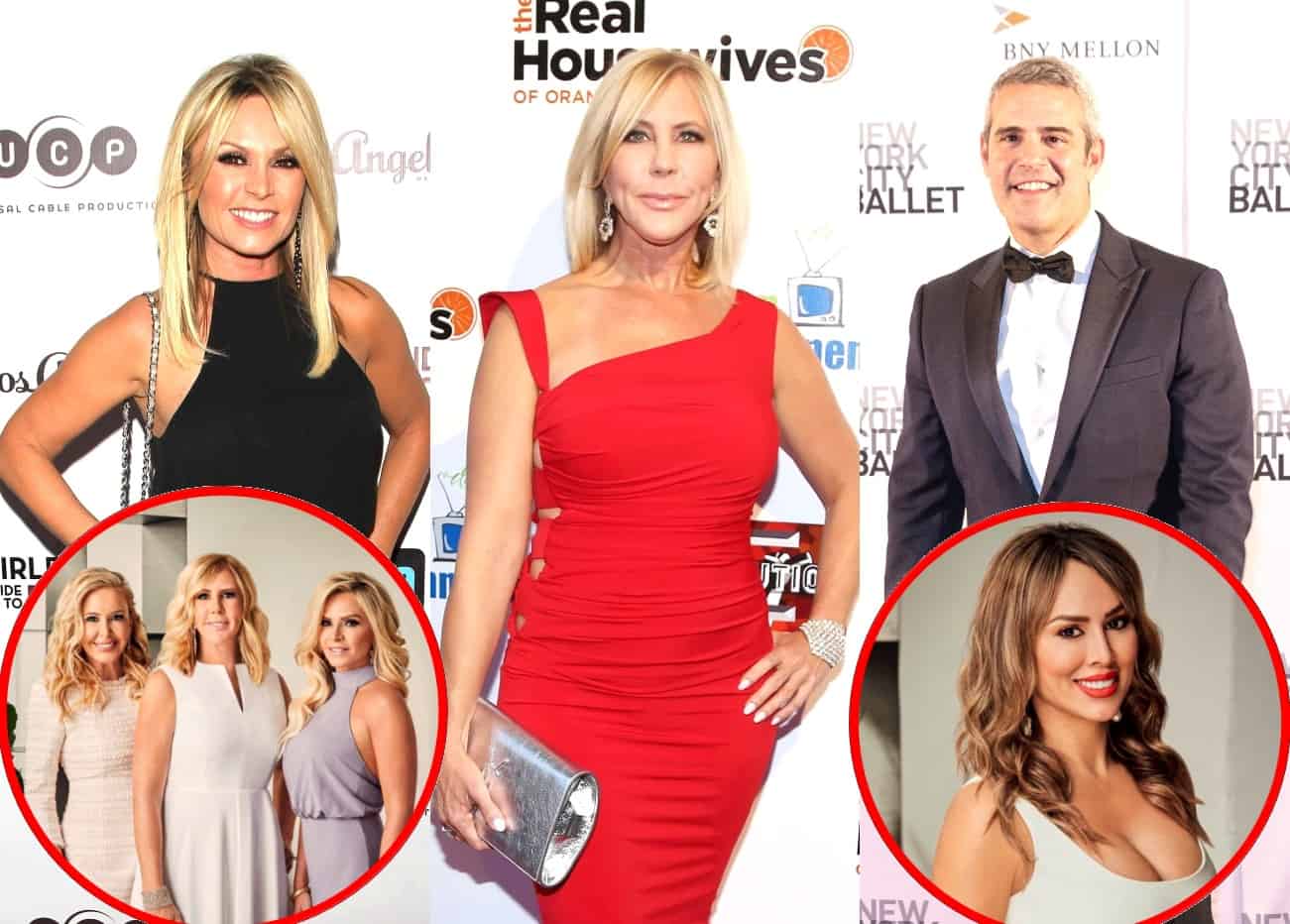 The Real Housewives of Orange County star Tamra Judge is confirming that Vicki Gunavlson and Andy Cohen “got in a fight” at the upcoming reunion, as she also reveals why she would like to get a spinoff show!

During an interview that Tamra gave at BravoCon, she admitted that she would indeed like Bravo to give her and her co-stars — Vicki Gunavlson and Shannon Beador — their own Tres Amigas spinoff series.

“The crowd went crazy for the Tres Amigas [at BravoCon], which only means we need a spin-off,” said Tamra to Entertainment Tonight.

Tamra then went on to tease what fans can expect on the upcoming RHOC reunion, which is expected to air later this month. According to the Bravo star, viewers will see Vicki going after newbie Braunwyn Windham-Burke.

“I want to say that Vicki, she had us doubled over laughing. There was a point where I’m laying in Shannon’s lap because she was so funny but she was trying to be so serious and she was going after Braunwyn and she’s like, ‘I don’t like you making out with people! I don’t like you doing this,'” Tamra dished. “And I’m like hysterically laughing. It was funny. You have to see the whole thing.”

“That would be Vicki. Meltdown kicking and screaming,” shared Tamra. “Andy got in a fight with Vicki at the reunion.”

While Tamra wouldn’t go into detail on what caused the tension between Vicki and Andy, Vicki did hint at the root of their drama in an interview last month saying it stemmed from her feeling that she was lied to by the Bravo network regarding her role on the show. As most fans are aware, Vicki was demoted this year.

“I felt very disrespected and I don’t deserve that,” Vicki told OK! Magazine. “I give Bravo my life, all of my life, and I don’t fake my reality. My reality is crazy. On other casts, women have created storylines. I don’t create that. My life is my life, either you want it or you don’t.”

Vicki then admitted to giving Andy a piece of her mind during the reunion taping.

“I did not get into it with Andy. I told him what I felt, as well as I told everyone involved what I felt,” she explained. “I thought that I should have been notified ahead of time.”

As for Tamra, when asked if she would like to see Kelly Dodd, who she has feuded with most of this season, fired from the show, Tamra was rather diplomatic.

“You know, I don’t ever want to say that about anybody’s job. She is good TV but if she wants to move to New York – Okay, bye!” she stated.