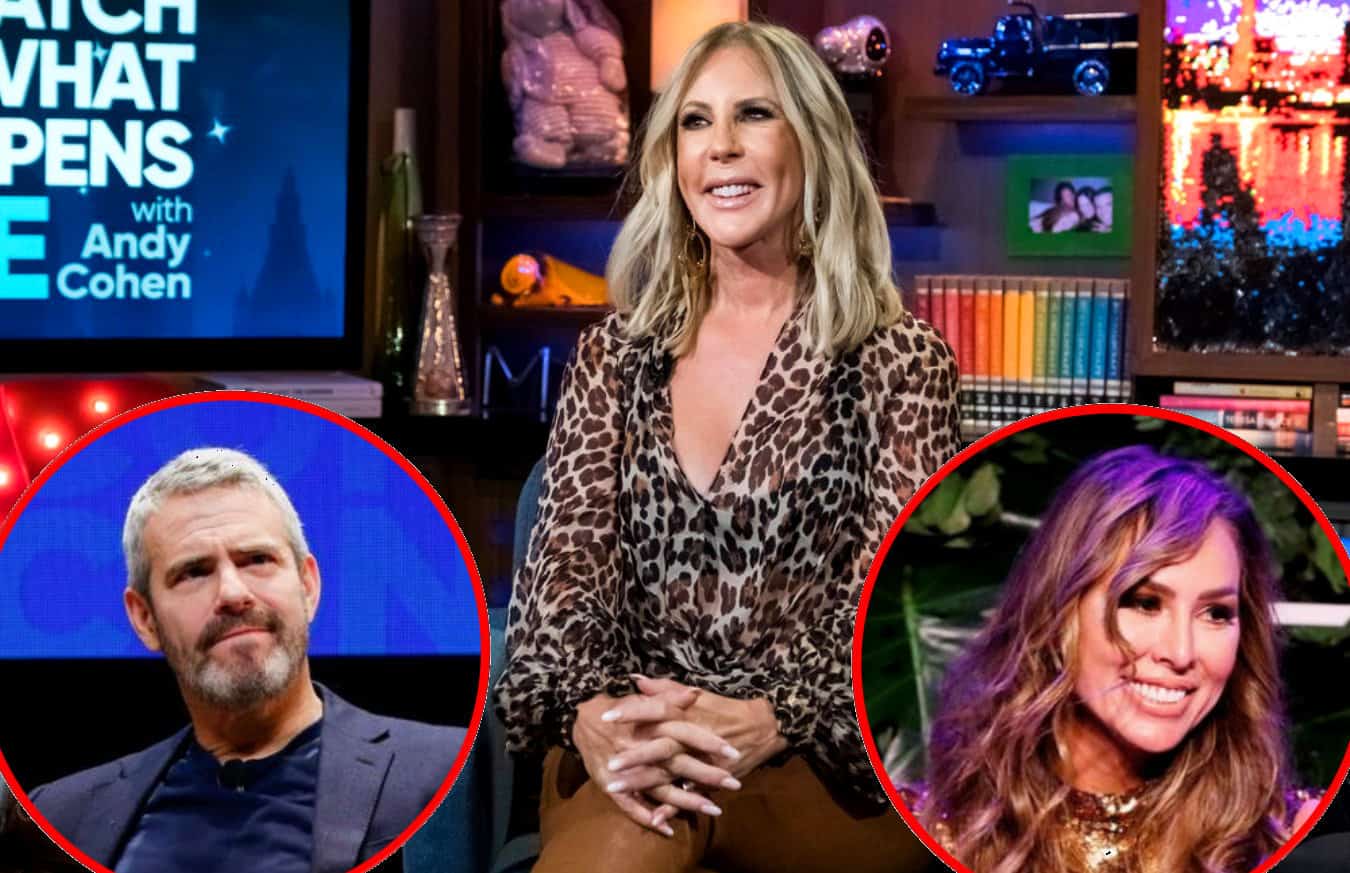 Did Vicki Gunvalson and Andy Cohen get into a feud at the recent Real Housewives of Orange County reunion taping?

After Tamra Judge teased a war of words between them, Vicki attended BravoCon in New York City, where she revealed what really went down at the reunion before slamming Bravo TV, discussing her future with the network, and explaining what happened when she and Kelly Dodd recently came face-to-face.

“I was very, very sad, very emotional and very sad,” Vicki told OK! Magazine of her time filming the season 14 reunion. “I was told I was going to stay the whole reunion and you’ll see what happens. It was not good.”

“I felt very disrespected and I don’t deserve that,” she continued of the drama that ensued. “I give Bravo my life, all of my life, and I don’t fake my reality. My reality is crazy. On other casts, women have created storylines. I don’t create that. My life is my life, either you want it or you don’t.”

As for her supposed dispute with Andy, Vicki said she didn’t get into it with her boss, as Tamra had claimed, but she admitted to giving him a piece of her mind following her sudden demotion earlier this year.

“I did not get into it with Andy. I told him what I felt, as well as I told everyone involved what I felt,” she explained. “I thought that I should have been notified ahead of time.”

While Vicki was included on RHOC season 14 in a “friend” role, fans shouldn’t expect to see her back for season 15 in the same position.

“I’m not no flippin’ friend,” she stated. “I’m a cast member that created this franchise and I need that behavior respected. And if they don’t want me, I’m fine. I have a career. I have my family. I’m fine but don’t disrespect me.”

Throughout the 14th season, Vicki and Kelly butted heads with one another. Earlier this month, Vicki filed a lawsuit against Kelly for accusing her of fraud and suggesting she preys on older people. Then, ahead of the reunion taping, Vicki dropped her case. A short time later, the two of them came face-to-face at BravoCon.

“I saw [Kelly] last night. I was cordial with her. Tamra didn’t like that. But you’ll see at the reunion… I’m not the one that wants to carry grudges or fights. I just want everyone to be kind of nice and I just really want to be over it.”