Home Real Housewives of Orange County News RHOC Star Vicki Gunvalson Sues Bravo and Kelly Dodd for Defamation as She Tries to Block Bravo From Airing Comments, Plus Her Attorney Says She Plans to Drop Bravo From Lawsuit

RHOC Star Vicki Gunvalson Sues Bravo and Kelly Dodd for Defamation as She Tries to Block Bravo From Airing Comments, Plus Her Attorney Says She Plans to Drop Bravo From Lawsuit 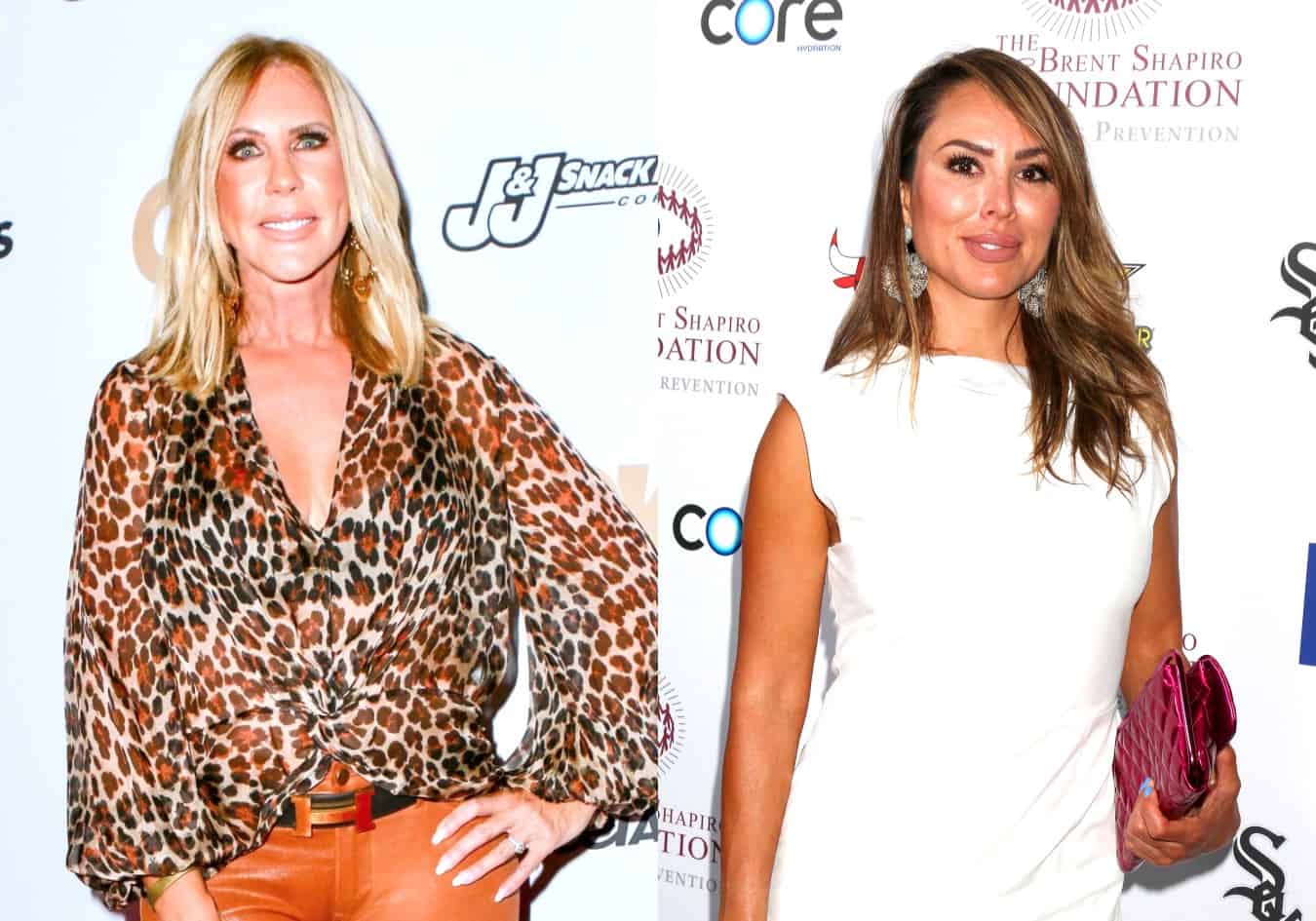 The Real Housewives of Orange County star Vicki Gunvalson has just filed a lawsuit against the Bravo network, NBCUniversal, and her co-star Kelly Dodd.

According to a new report, Vicki is accusing Kelly and Bravo of defamation over comments Kelly made about her that have yet to air this season.

TMZ reports Vicki filed the lawsuit on Friday and stated she fears Kelly’s comments made about her, regarding her business practices, could damage her career. If you recall, Vicki was sued earlier this year after an 82-year-old client accused her of fraud and negligence over an insurance policy Vicki sold to her. However, Vicki has denied any wrongdoing in that lawsuit.

And apparently, during a future RHOC episode, shot in Key West, Kelly will be heard making the following statements about Vicki –

Even more odd, Vicki reportedly filed the lawsuit under an alias of “Jane Roe.” However, she doesn’t do much to disguise her identity as she describes herself in the legal docs as a cast member of the RHOC and the president of an insurance company.

At this point, it’s unclear if Bravo is still planning to air Kelly’s comments in the upcoming episode, but the report points out that Kelly’s “con woman” line against Vicki was shown in the RHOC season 14 trailer which was released in July.

Vicki, who states that this lawsuit brought against her by her client is the first one of her career, feels if these comments by Kelly air, it could damage her livelihood. She claims she isn’t asking Bravo to axe the entire episode but just to remove those three sentences made by Kelly, stating that NBCUniversal “will suffer no harm to their popular TV program by removing a fraction of an overall episode.”

Still, Vicki is now asking a judge to issue an injunction to keep the episode from airing and also for damages.

After TMZ published the report, they later added an update from Vicki’s attorney who stated that Vicki plans to dismiss Bravo and NBCUniversal (Bravo’s parent company) from the lawsuit but plans to keep the case against Kelly going.

It’s unknown how this lawsuit could possibly affect Vicki’s future on the show as it’s been long rumored that Bravo largely frowns upon any housewife filing a lawsuit against a co-star, and that this could lead to a possible firing. As widely reported, Vicki was demoted from her full-time role this season but remains a part-time cast member, appearing in most of the episodes.

This lawsuit comes as a surprise as Vicki herself has been accused of saying untrue things and making defamatory comments about her co-stars, including a claim she made during last year’s reunion about Kelly using cocaine, which Kelly has vehemently denied.