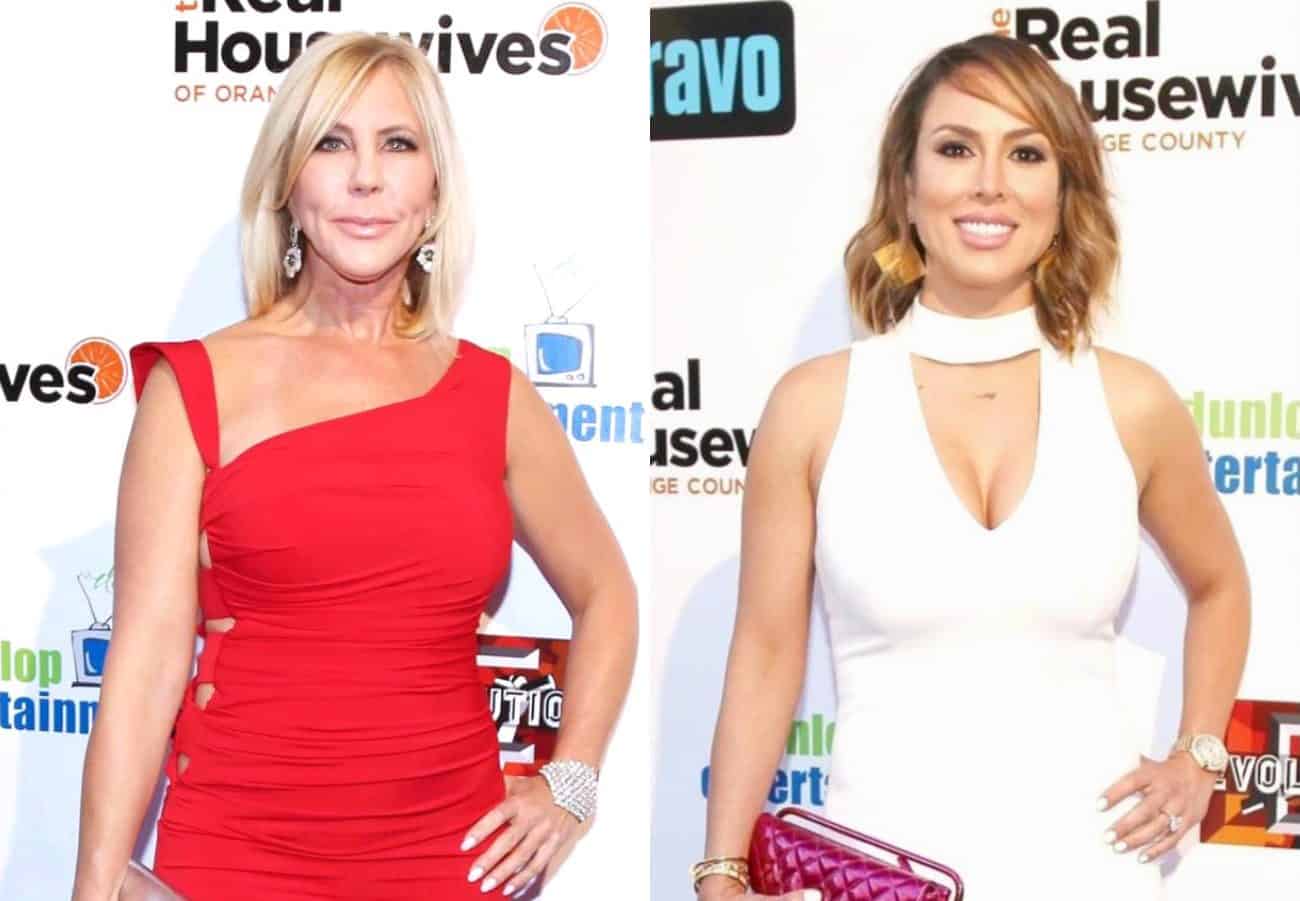 Vicki Gunvalson and Kelly Dodd were reportedly involved in a major dispute during the taping of the Real Housewives of Orange County season 14 reunion last Friday in Los Angeles.

After Vicki filed and dropped a defamation lawsuit against Kelly, the two women came face-to-face at the reunion taping, where a source claims the drama between them reached epic proportions.

“Kelly Dodd and Vicki Gunvalson got into the most epic feud during the RHOC reunion,” a source close to production revealed to Hollywood Life on November 11. “It’s by far Vicki’s best reunion to date. There was a lot of yelling and finger pointing when it came to these ladies, especially.”

Vicki initially filed her lawsuit against Kelly on November 1, claiming Kelly’s defamatory statements, which included allegations of Vicki being a “fraud” and “con woman” who “preys on older people” hurt her reputation and her insurance business. However, days after it was reported that she would be banned from the reunion taping if her suit wasn’t dropped, the case, which was also filed against Bravo TV and Evolution Media, who produces RHOC, was withdrawn.

Although Vicki is no longer suing Kelly, Kelly wasn’t happy about the legal action Vicki took against her.

“The lawsuit infuriated Kelly and it was the first time she saw Vicki since it happened, so naturally, Kelly was angry and there was a lot of name calling on both sides that went on,” the insider explained. “Some would argue that she crossed the line with some of the things that came out of her mouth.”

“The reunion taped [in Los Angeles] for over 12 hours,” the source continued. “It was a long and stressful day by all.”

Following the taping, Vicki enjoyed a private dinner date with her fiancé, Steve Lodge, as Kelly was spotted out with the series’ newest star, Braunwyn Windham-Burke, who is “really staying neutral” when it comes to her co-star’s feud.